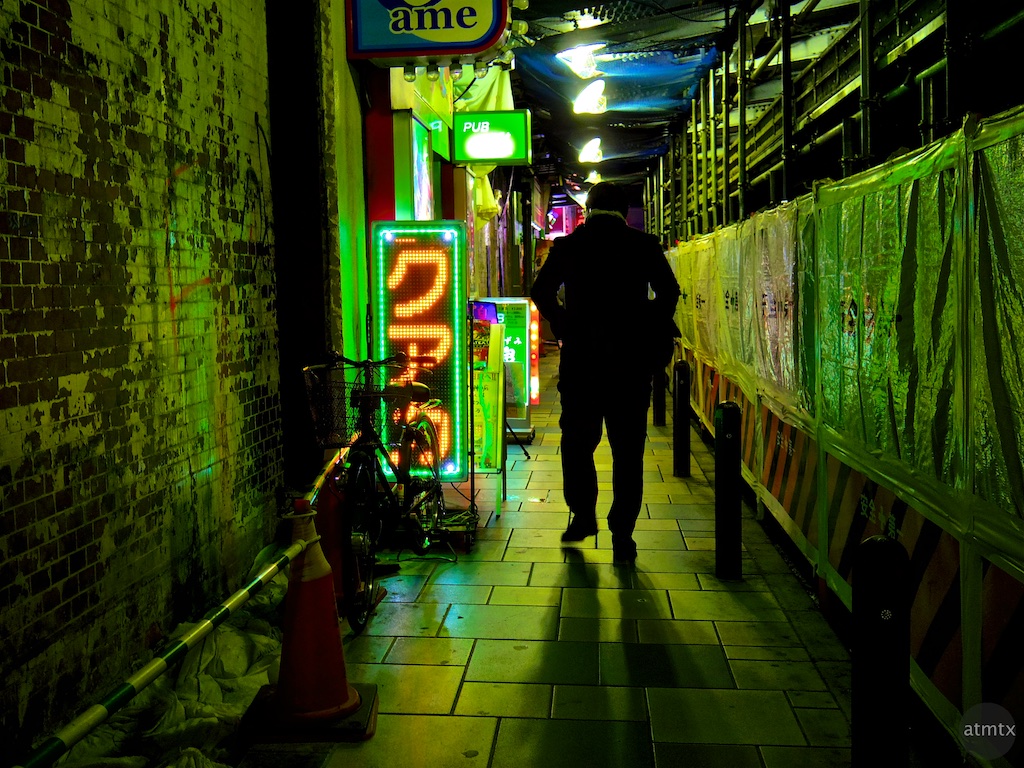 Tokyo might be known for modern skyscrapers and sleek, zen simplicity, but there is another side. There is a grittier, older part of Tokyo, all throughout. The most crowded city in the world has many layers. The old post-war remnants may still exist, as a base, with newer elements added on top. The net effect is a patchwork of old and new. It doesn’t have the slickness of a built from scratch Singapore.

But even in the grittier parts, it’s mostly clean and usually safe. When I lived in New York City, I would constantly and automatically assess the threat and danger level. Dark alleys were rejected. Iffy, unknown streets were suspect. Not so in Tokyo. I would go anywhere and shoot without much regard for personal safety.

I took this inside a tunnel in Tokyo in 2014, with the Pentax Q7. It seems Blade Runner like — all I need are wet streets and more people, to complete the look. Part of my Travelgram Collection, where I seek travel photos beyond the typical post cards.