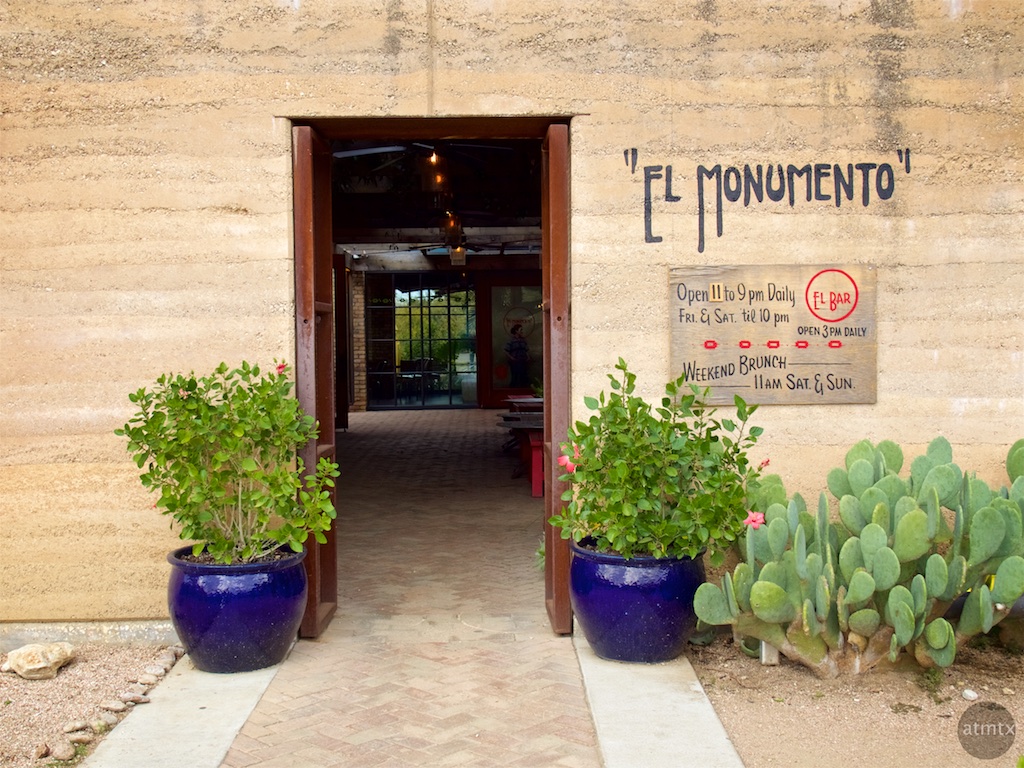 On a Sunday, a few weeks ago, I was up in Georgetown, Texas with my friend Mike. It was already past 2:30 and neither of us had eaten lunch. Mike suggested a Mexican restaurant not far for the main square. A place he’s been to before, for dinner.

What I saw, upon arriving, was totally unexpected. While Mike mentioned that the place was fancier than usual, the restaurant took me by surprise. A visual and architectural delight. A modern yet rustic oasis in this small city some 30 miles north of Austin. Welcome to El Monumento.

I told Mike that I could spend a day shooting here. He probably thought I was being hyperbolic, and perhaps I was, but only by a little. I love architecture, man-made environments and details. This place was full of it, and I would immensely enjoy shooting here for hours. Some photographers love shooting portraits or landscapes, I really enjoy well done architecture. 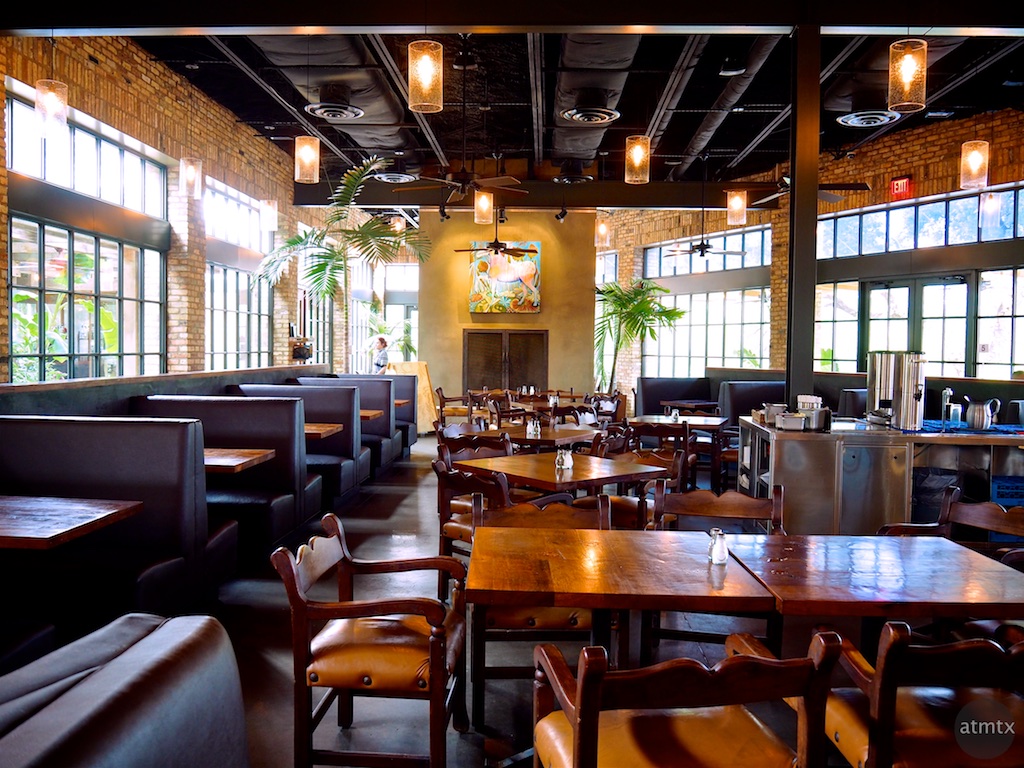 What I have are some quick handheld images. Taken before, during and after our meal. It was very quiet. I imagine 4pm on a Sunday is not prime restaurant hours. Mike and I spent nearly an hour and half, talking about life and photography.

I ordered two tacos, and chips. The food was good but I would need to go again to get a better sampling. Obviously a high quality restaurant but without the stuffiness of old-world places. It’s upscale in a way that fits the casual attitude of Central Texas. And while initially surprised to see such a place in Georgetown, I remembered that this city, like Austin, has seen a lot of growth, with big and expensive exurban developments just outside its city limits.

It’s the courtyard that makes the place. Built in a way that ties the buildings together, while acting as a pubic-private transition space from the outside world. Outside the entrance walls, you are in Georgetown. An active yet typical small Texas city with unremarkable buildings, once you leave the central square. Inside the walls of El Monumento, you are in a different world. Contemporary yet old-world. Minimalist, but with texture. 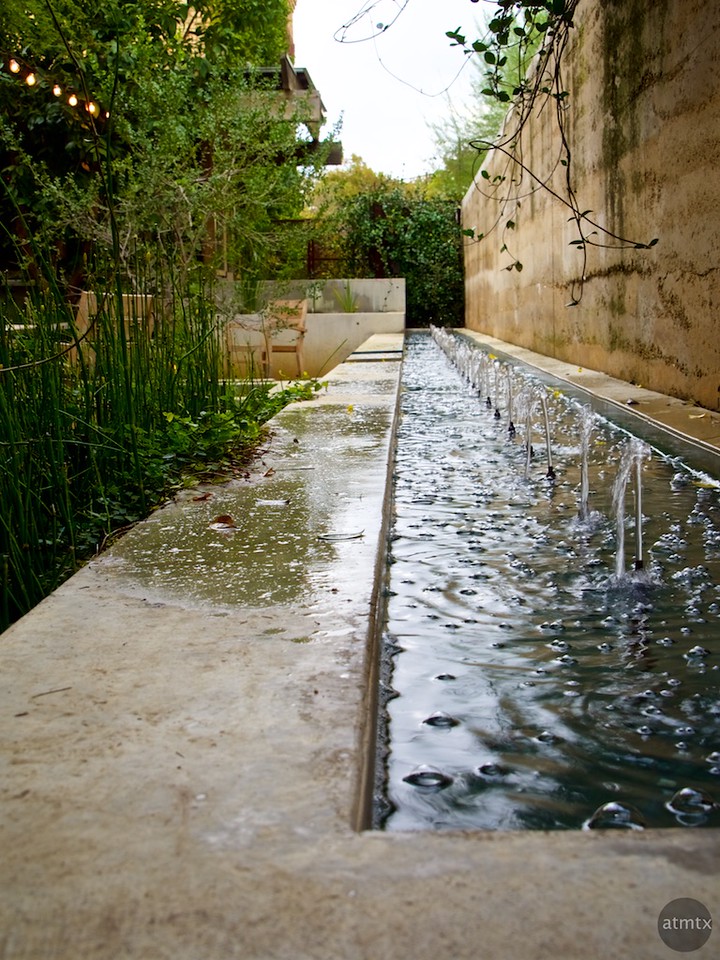 I can imagine hanging out here, even in the oppressive Texas summer heat — with a margarita in hand and the fountain to screen out more of the external reality. Do they play live music here? I don’t know but perhaps a quiet singer with his guitar in the corner. That would be perfect. 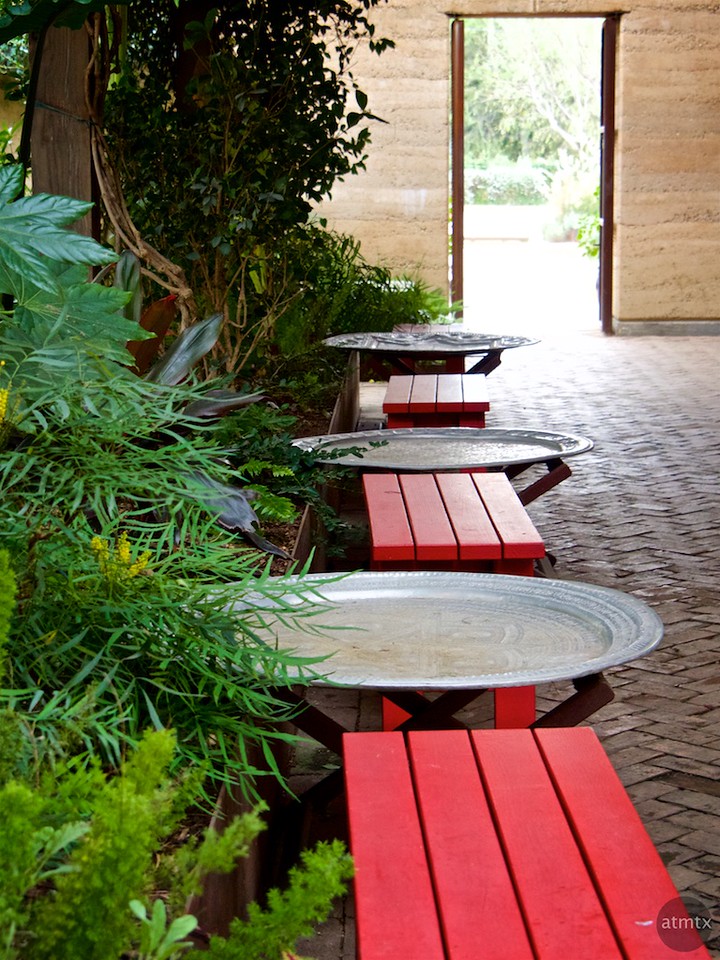 Talking a little about photography, I shot all of these with one camera and one lens. My usual Olympus OM-D E-M5 Mark II, of course, outfitted with the 14-150mm f4-5.6 travel zoom. It’s a new lens for me and I’ve been testing it. So far, so good. I was pushing it to see what it can do, in a mix of conditions.

The long zoom range is certainly handy. The slow aperture is not much of an issue, for these kind of photos. The excellent Olympus in-body image stabilization sees to that. The photo of the food, shot inside the dark interior, no problem. f4, ISO 1000 and thanks to image stabilization, rock steady at 1/8 of a second.

I had a film camera with me too. Another Olympus, a PEN F. No, not the digital kind, but the original film version. It’s been a while since I shot film and it’s taken me a long time to get through 72 frames of the half frame Olympus. We’ll see if the images worked.

The landscaping outside the walls, as expected, is first class. We are not talking about the typical nationally distributed Home Depot plants. Many are local or adapted to our harsh climate. Low water specimens of course, and textures that match the rustic architecture.

A big heart-felt kudos to he restaurant owner, the architect and the landscape architect. It’s so gratifying to experience a unique place with local color. A place where design is more than just tacking up kitsch on the walls, and calling it a day.