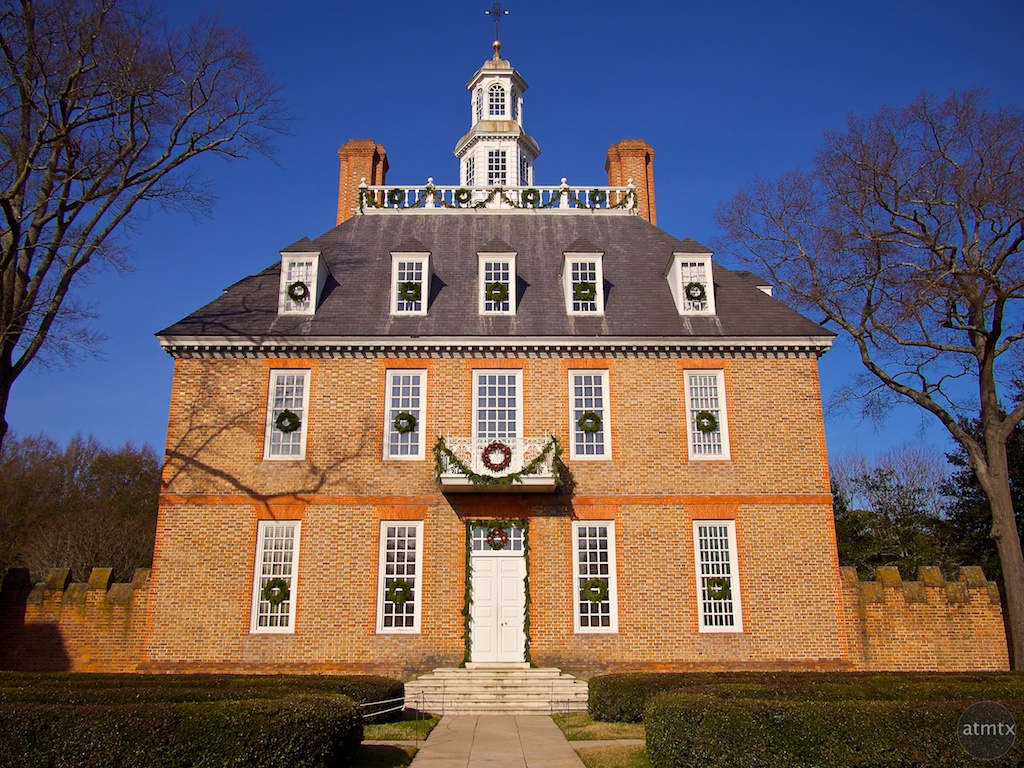 Colonial Williamsburg was a puzzle to me. I’ve heard about the place but never went there, even though I lived on the East Coast. I heard conflicting reports that it was a made up place while some claimed it was a real town. So when I had the chance, I decided to start our winter vacation there. And even after looking at their website and brochures, I still didn’t understand Williamsburg until I actually got there and started exploring.

Colonial Williamsburg is sort of like a theme park for American history. Buildings have been moved and rebuilt to simulate life in the American colonies around the time of the American revolution. But it is also the real deal — the town really did exist from way back. The Governor’s Mansion and Capitol, the centerpieces of Williamsburg, were rebuilt on their original foundations as close as possible to the original specifications. The Courthouse and The Magazine, where they kept the arms, are original structures. 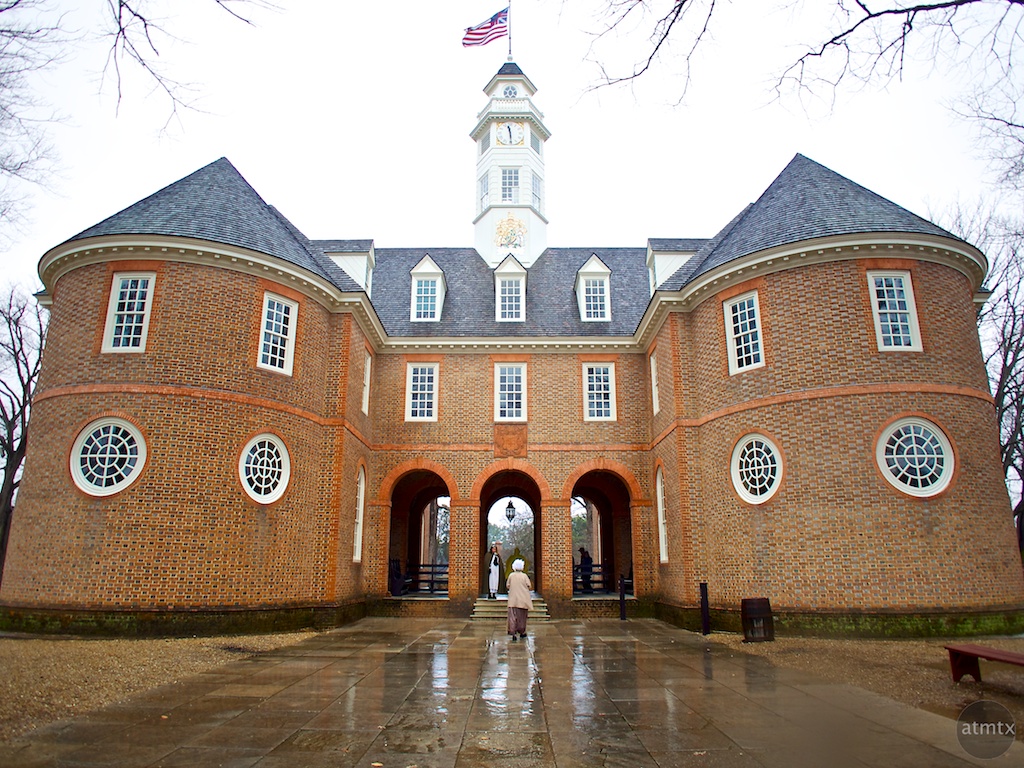 While there are actors in costume, in fairness to Colonial Williamsburg, this is no ordinary theme park — there are no cute mascots and amusement rides. It’s more of a living museum to American History. Also, unlike a typical amusement park, you can get in and walk around in the town without a ticket. Paying the entrance fee entitles the visitor to tours of the trophy buildings and seeing the demonstrations of the craftsman, such as the blacksmith and wig makers. There are no blatant food stands but there are restaurants in recreated Taverns that line Duke Of Gloucester, the main street. 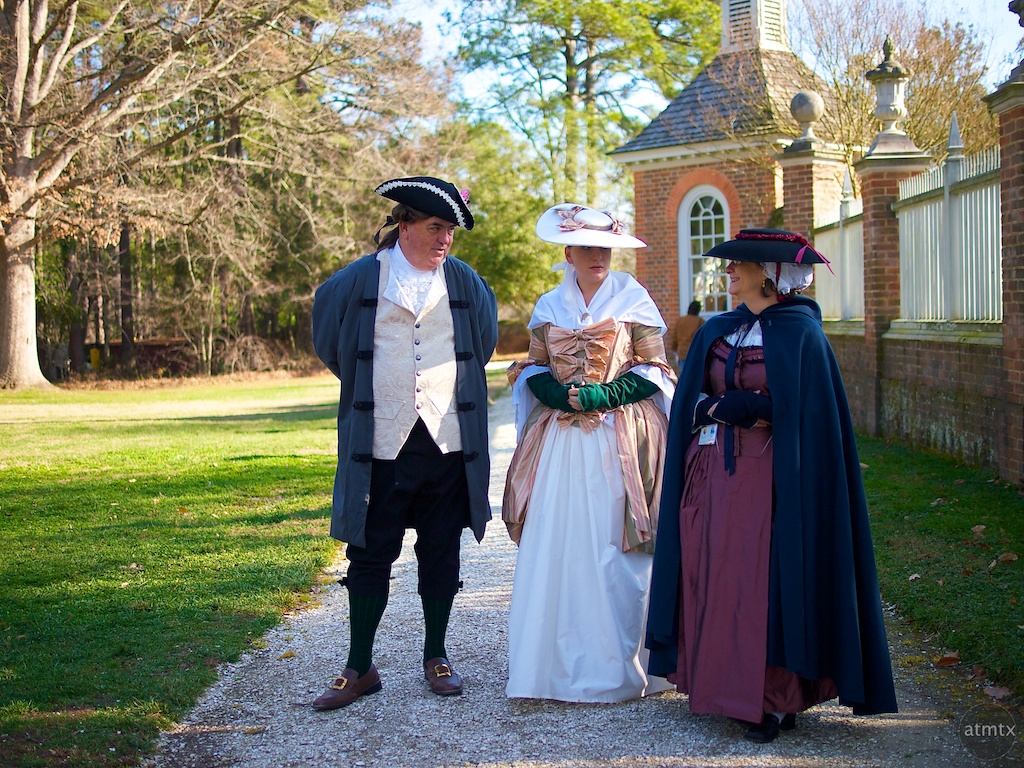 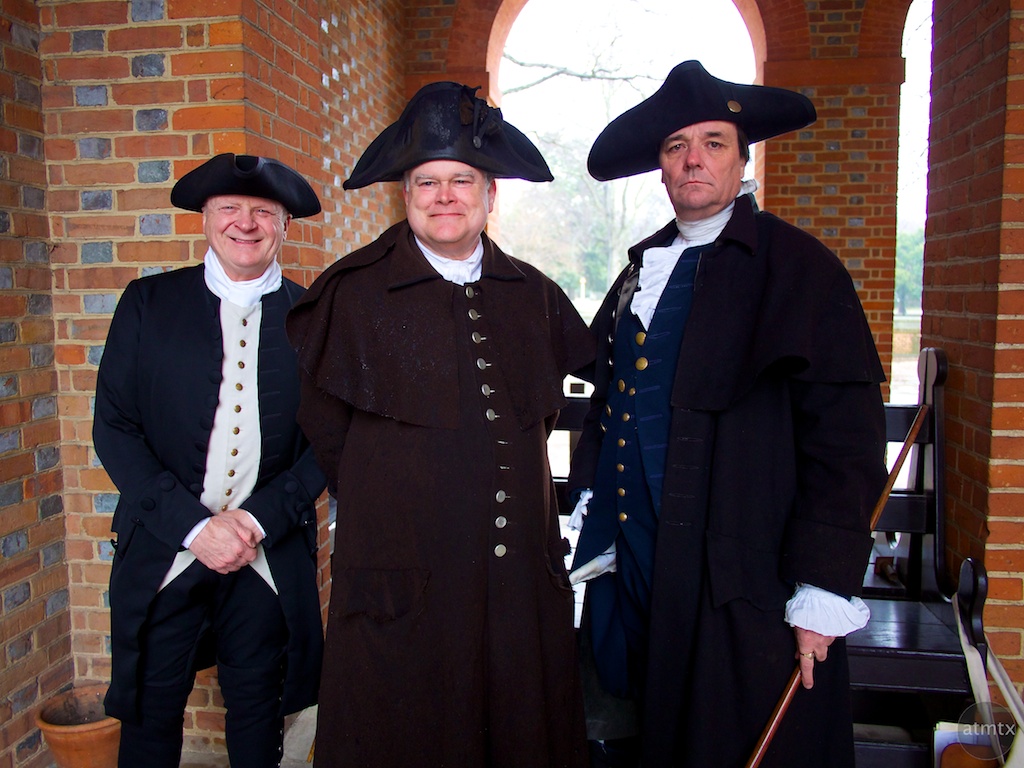 Next to Colonial Williamsburg, there are the Market Square Shops, a shopping area done in the Neo-Colonial style. And beyond that, lies the College of William and Mary. Colonial Williamsburg buses, that allow ticket holders to get on and off at several places, make it easy to get around. The main Visitor’s Center complex is where you can buy the tickets. It also has additional shops, restaurants and is the logical place to get started. Everything is done in a classy way and I have come to realize the price of admission is well worth it. 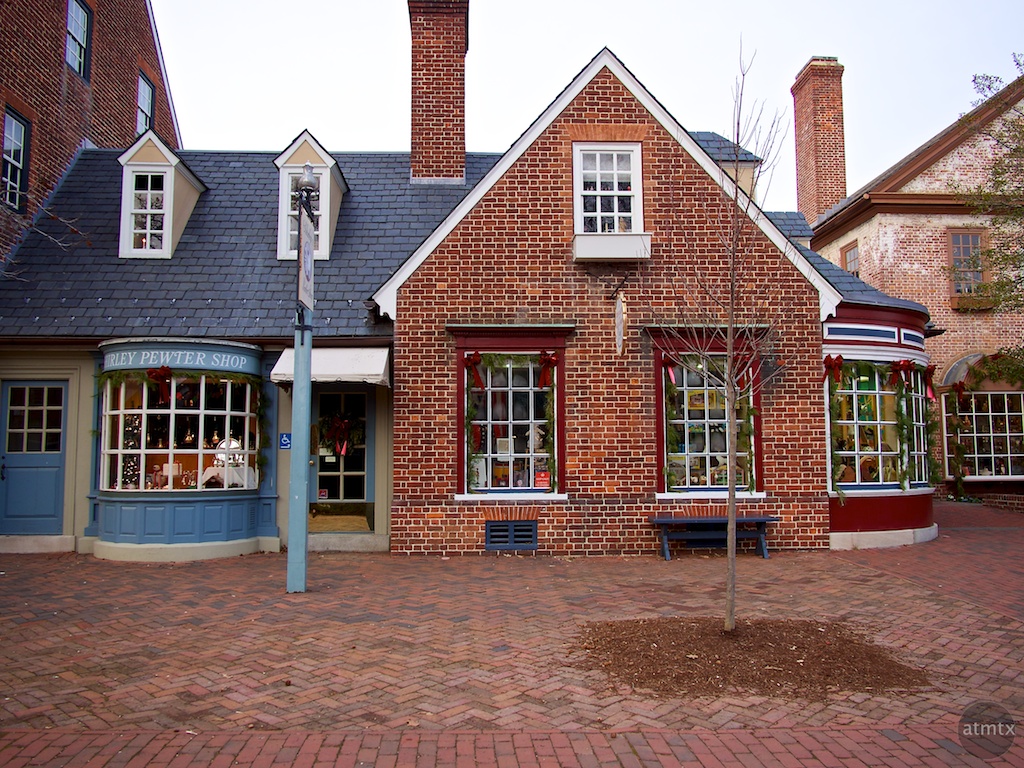 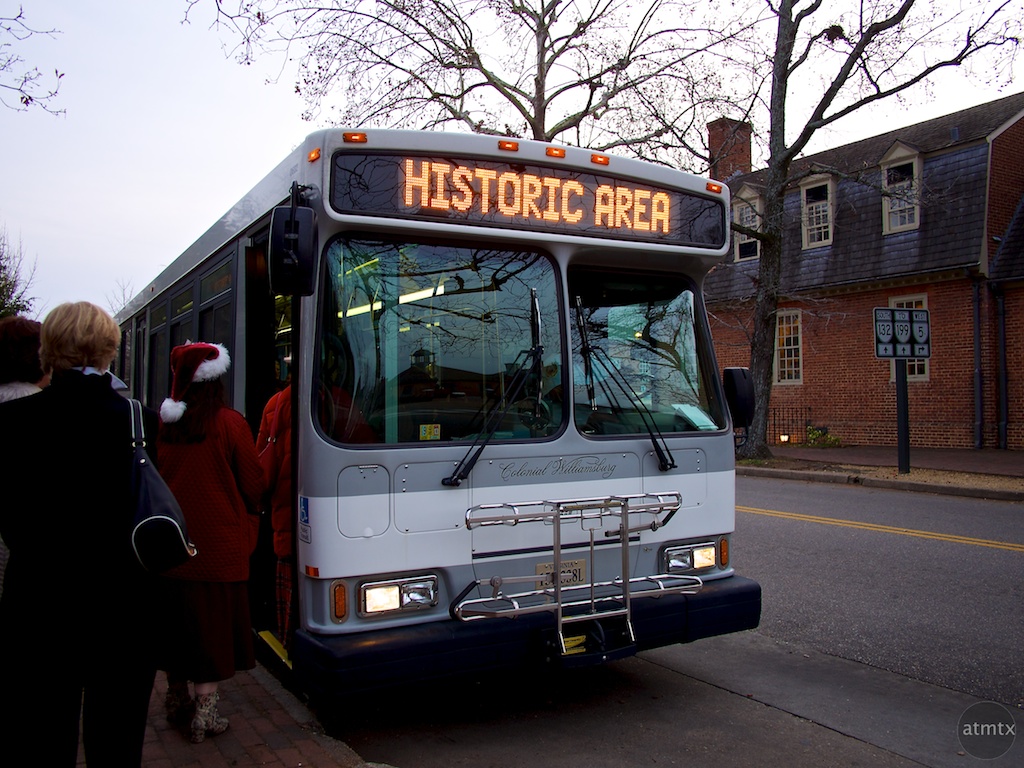 We spent 2 relaxed days there but there is more than enough to fill 3 days. There are resort style hotels right next to the historic buildings but we opted to stay in a more conventional hotel several miles away. The greater City of Williamsburg is like any small city with the usual sprawl. Drive down Richmond Road and you can find a large selection of standard, new restaurants with modern 21st century food.

The DeWitt Wallace Decorative Arts and Abby Aldrich Rockefeller Folk Art museums, both under the same roof, are surprisingly good. The museums are included as part of the general admission ticket. Entrance to the museum was a bit confusing — you can enter the primarily underground complex through the Public Hospital of 1773. Since we were during the winter vacation, there was a magnificent Christmas Tree in the restaurant area. 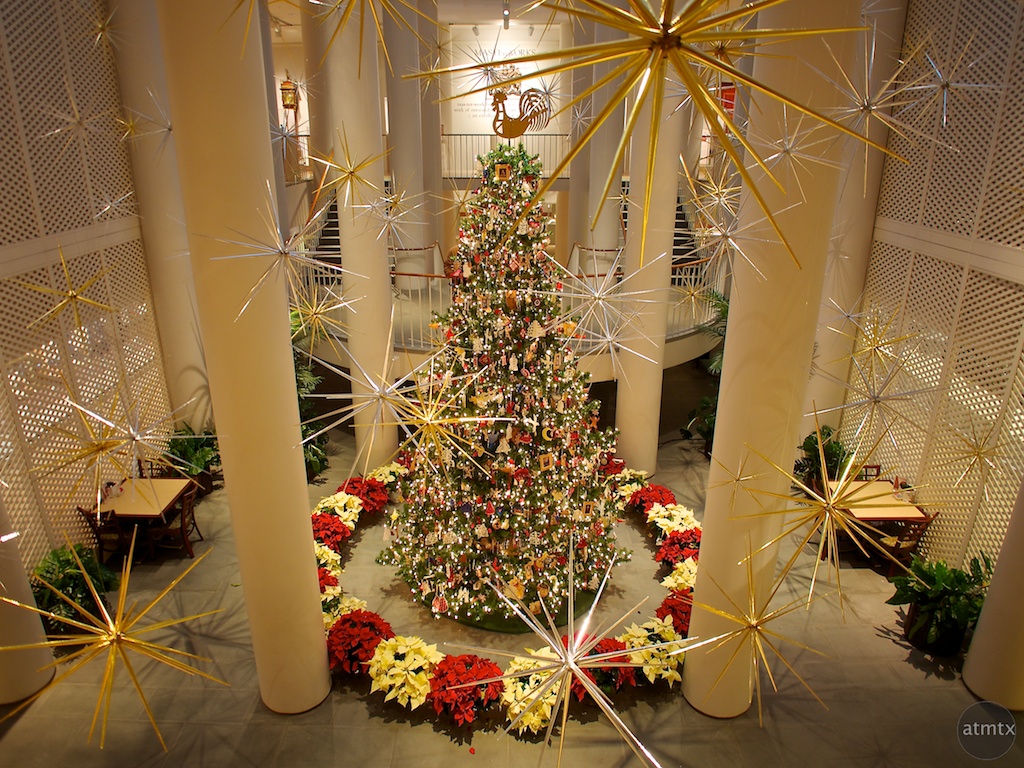 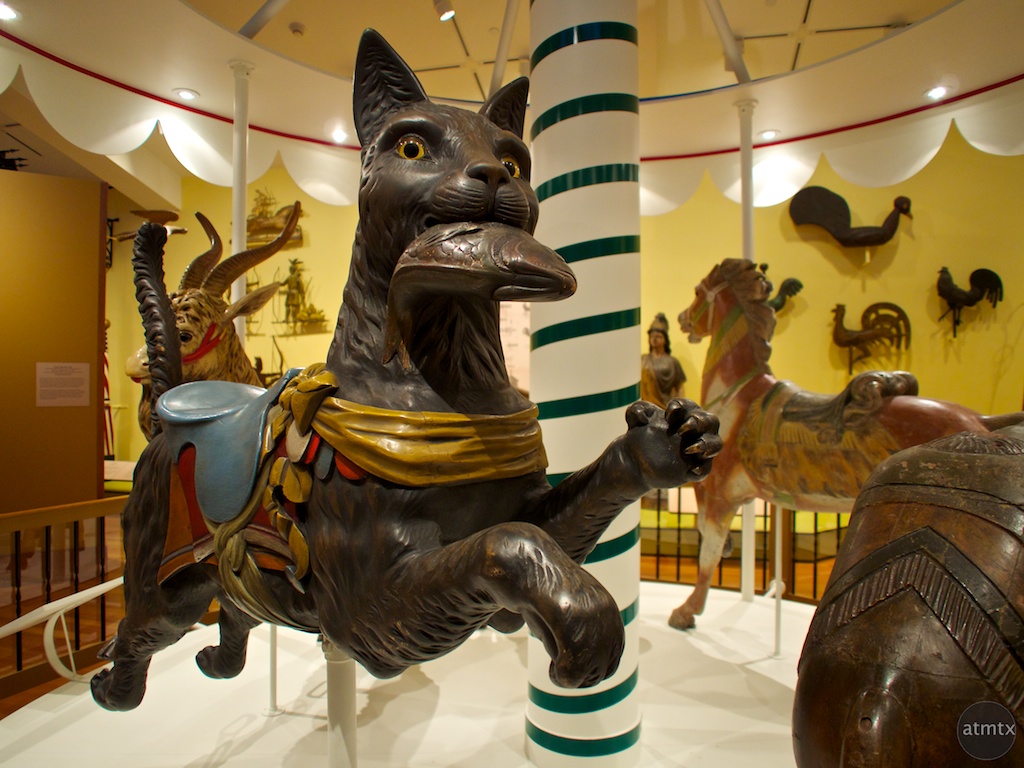 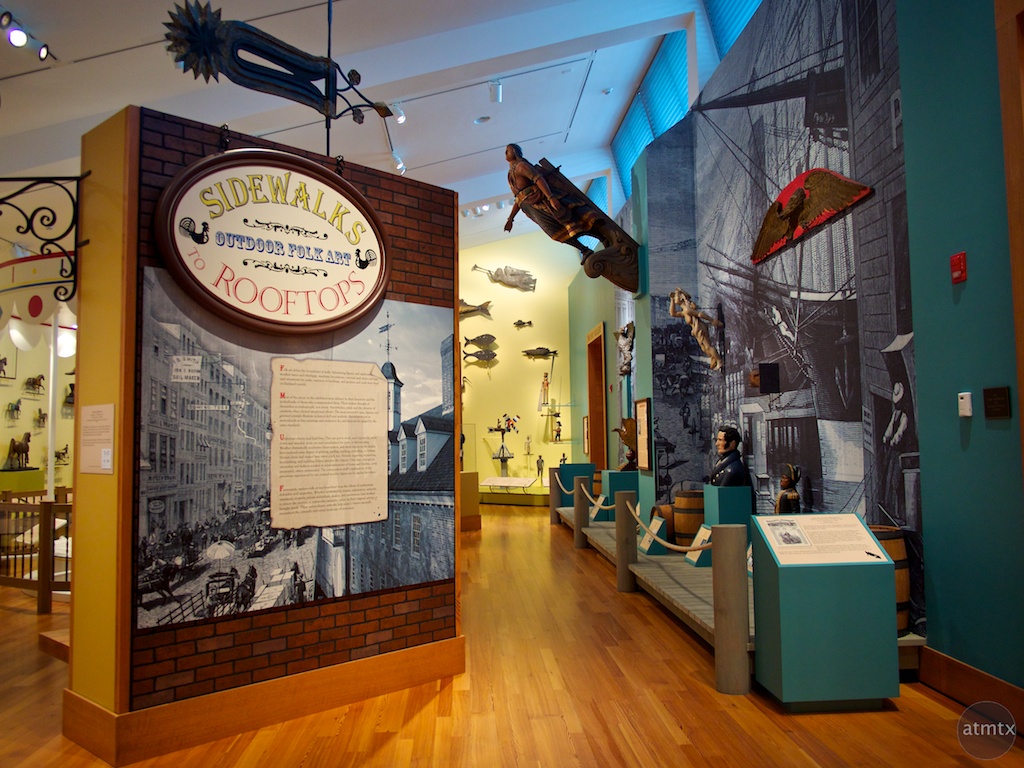 Colonial Williamsburg is a must for history buffs especially if you are into early American History (the Historic Jamestown settlement is also fairly close). I think the 13-year-old was old enough and knew enough history to appreciate the place. For my 9-year-old, it was more of a stretch. He liked the optional Tavern Ghost Tour we took at night and he was mesmerized by the blacksmith’s handicraft. There are activities geared towards kids that we didn’t strictly follow. Perhaps if we did, our younger son would have like it even more. The Fife and Drum parade down Duke of Gloucester, while not exactly the Disney Electric Parade, did add a nice closure to our stay. 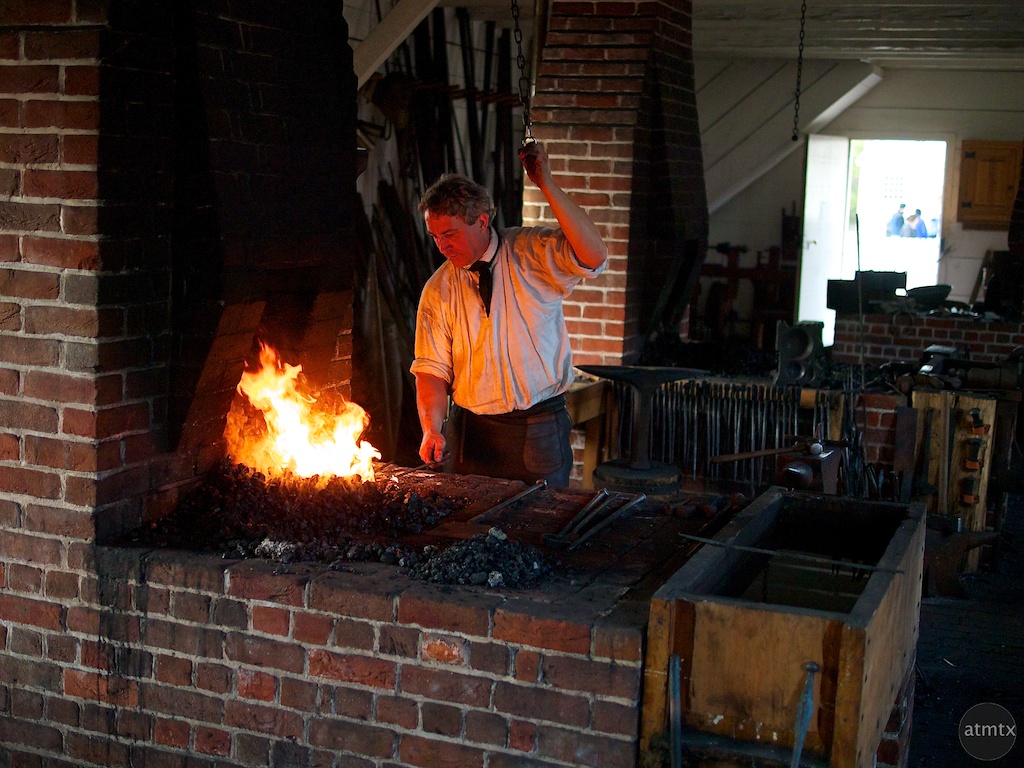 Of course for me, any new place is a chance for photography. I enjoyed Williamsburg and its history but I like the architecture the most. It’s not the big city and there are no shiny lights but finding texture and compositions entertained and challenged me. If anything, I would like to spend more time shooting photographs deliberately but the family schedule didn’t allow for that. My small bag carried two cameras with lenses attached. My new Olympus E-PM2 with the 14mm f2.5 and the Olympus E-P3 with the Panasonic Leica 25mm f1.4. That’s it. I also had a Panasonic wide-angle adapter that I can attach to the 14mm but I had no other lenses. This kept the photography gear to a minimum and let me enjoy the experience without being weighed down. 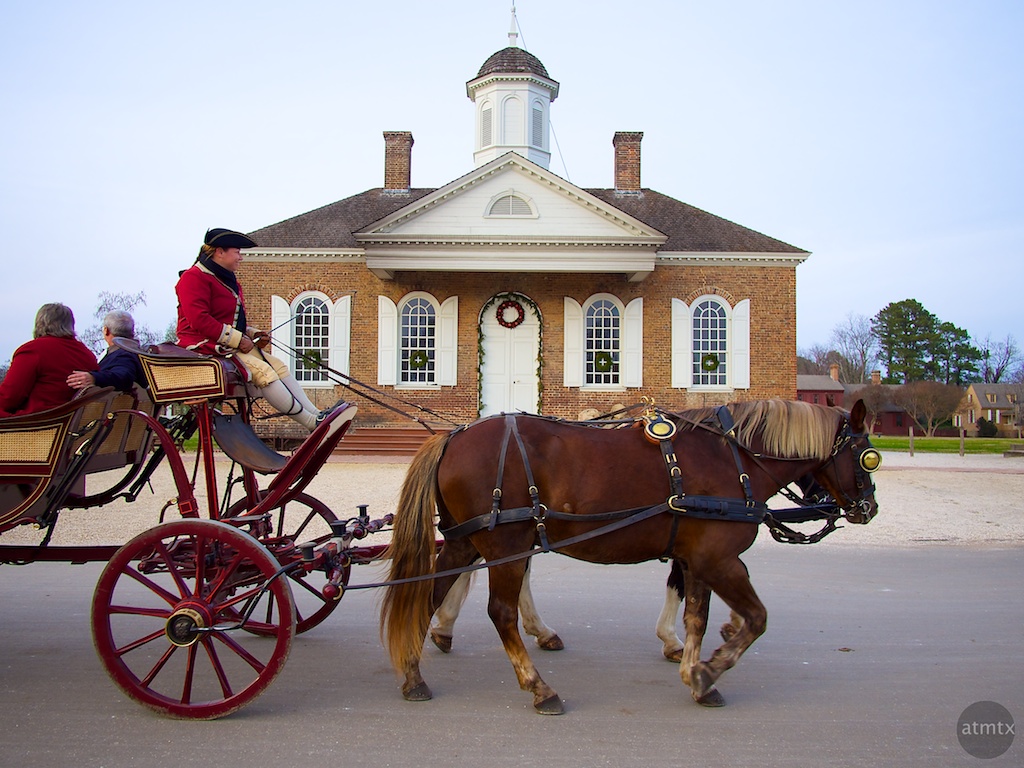 The Carriage and Courthouse – Williamsburg, Virginia 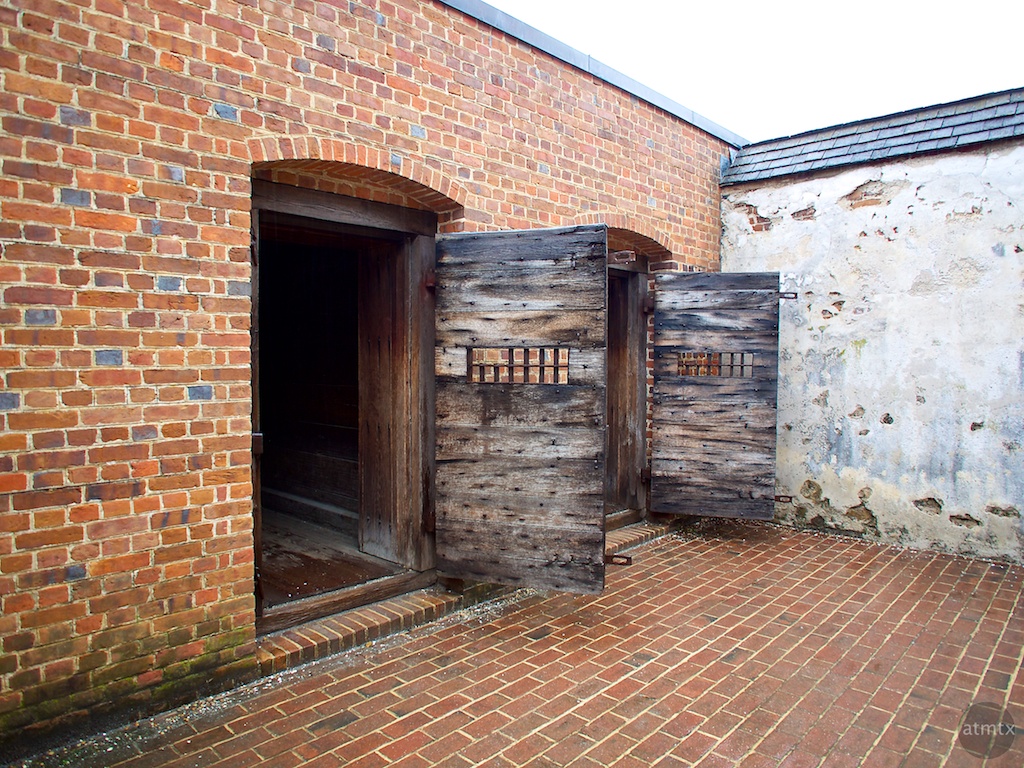 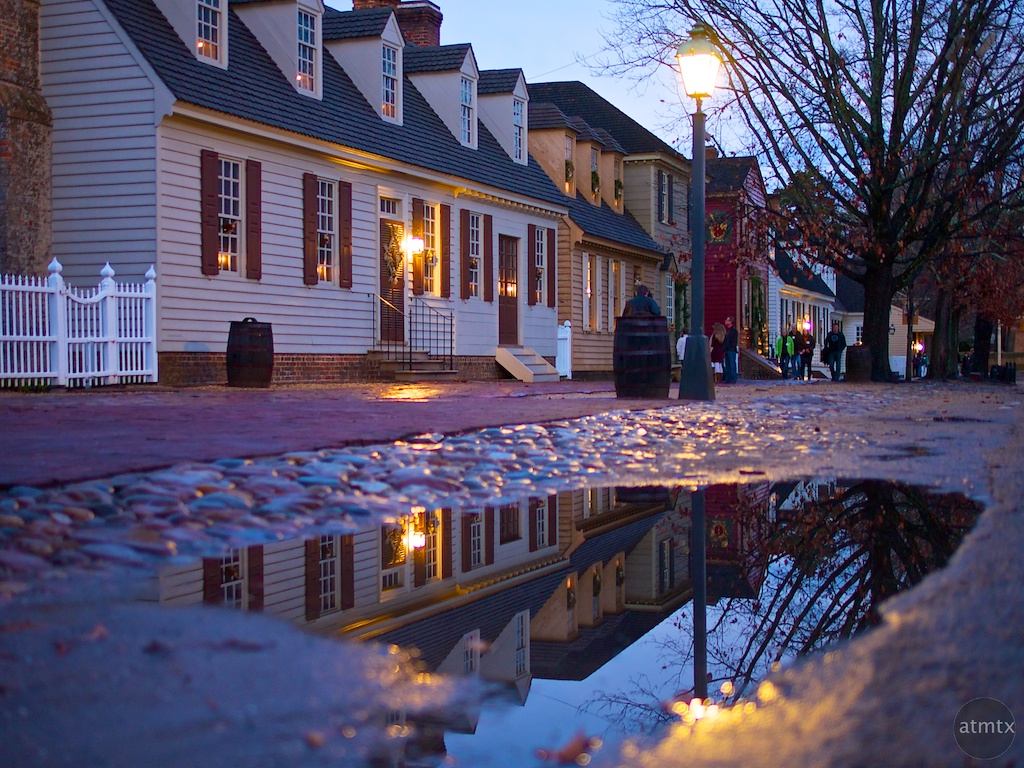 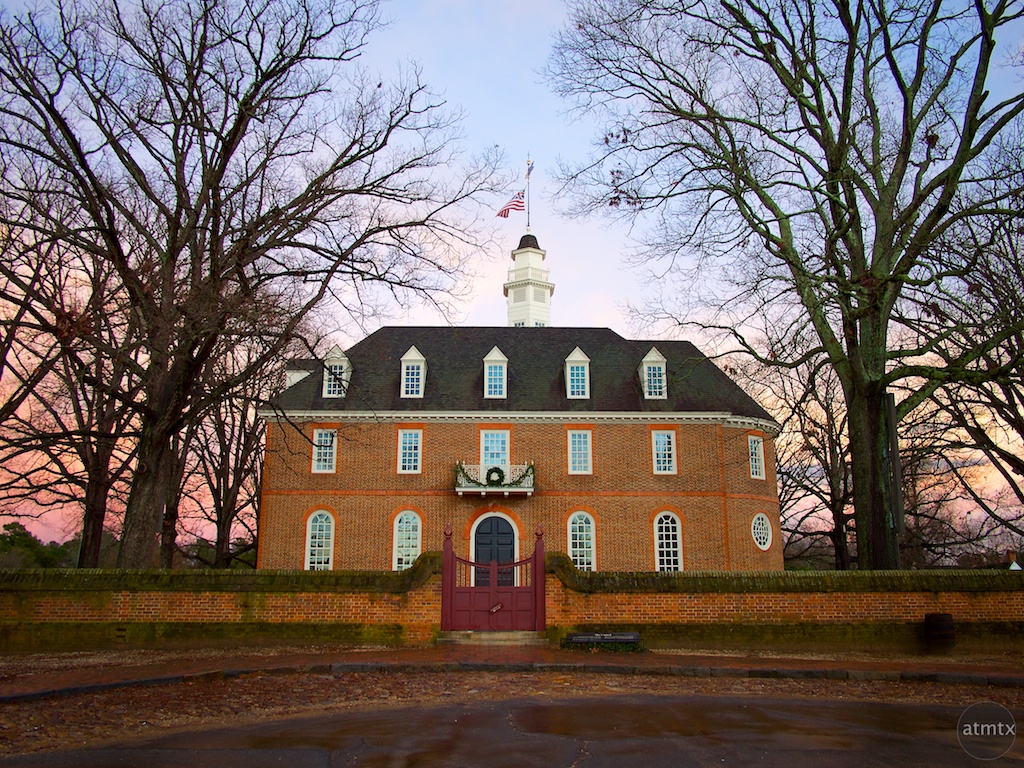 Sunset at the Capitol – Williamsburg, Virginia

My wife, who doesn’t know much American History, also enjoyed Colonial Williamsburg. We vowed that sometime in the future, perhaps when we are retired, we will return to this place. We can take our time and savor the details especially since we won’t have young kids in tow. Sounds good to me since I’m always up for more photography. I wonder what kind of camera I’ll be using in the distant future.