I couldn’t resist capturing a warm glow at peak blue hour, last weekend. The man-made lights work so well against the deep blue skies and I tried to balance the sign against the neon Open. This was down on Guadalupe Street, better known as “The Drag”, next to the University of Texas campus. The Hole in the Wall is one of the oldest live music venues in Austin, which opened in 1974. There are many famous musicians that performed there, as you can see from this list.

I continued down Guadalupe but doubled back, about 15 minutes later. The Blue Hour was fading but I noticed this wonderful alleyway next to the club. Hanging string lights are my favorite and I rarely miss an image making opportunity. This modest space has lots of character, which probably looks a lot better than it really is, in this soft lighting. That’s what I notice when shooting at night. The dark adds mystery and a glowing space can add sort of a romantic and idealized feeling that makes it more enticing than during the day. 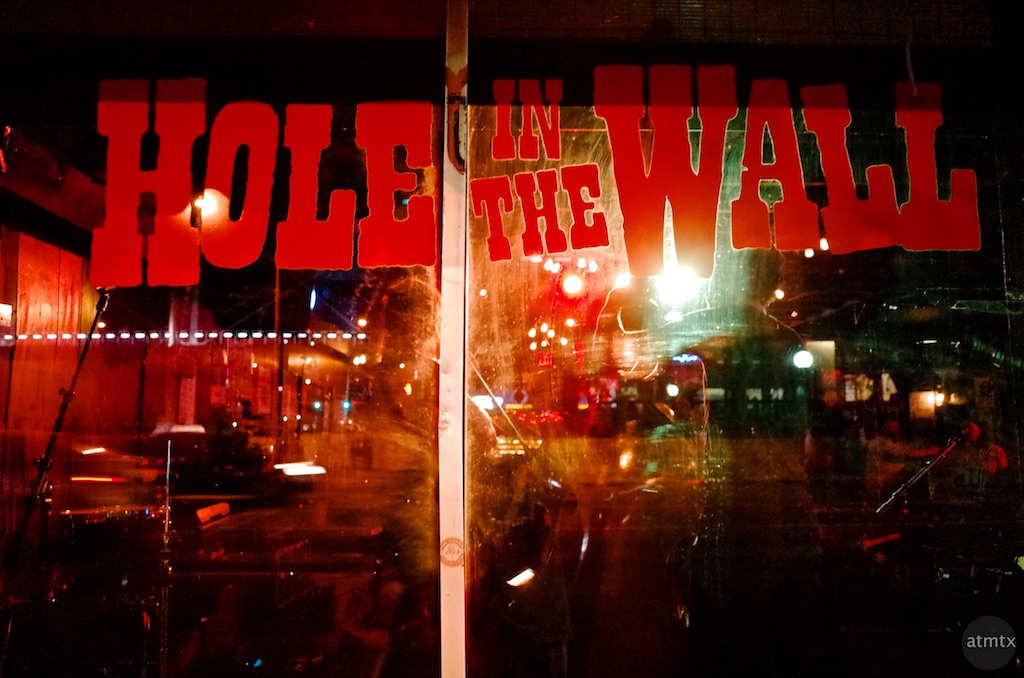 The front window was terribly dark but a live performance added some great backlighting. The lights and the reflections has a low-fi look that works for me, even when I normally don’t shoot ISO 6400 with the Ricoh GR.

Posted as part of my Daily Life Collection.

One thought on “The Hole in the Wall”