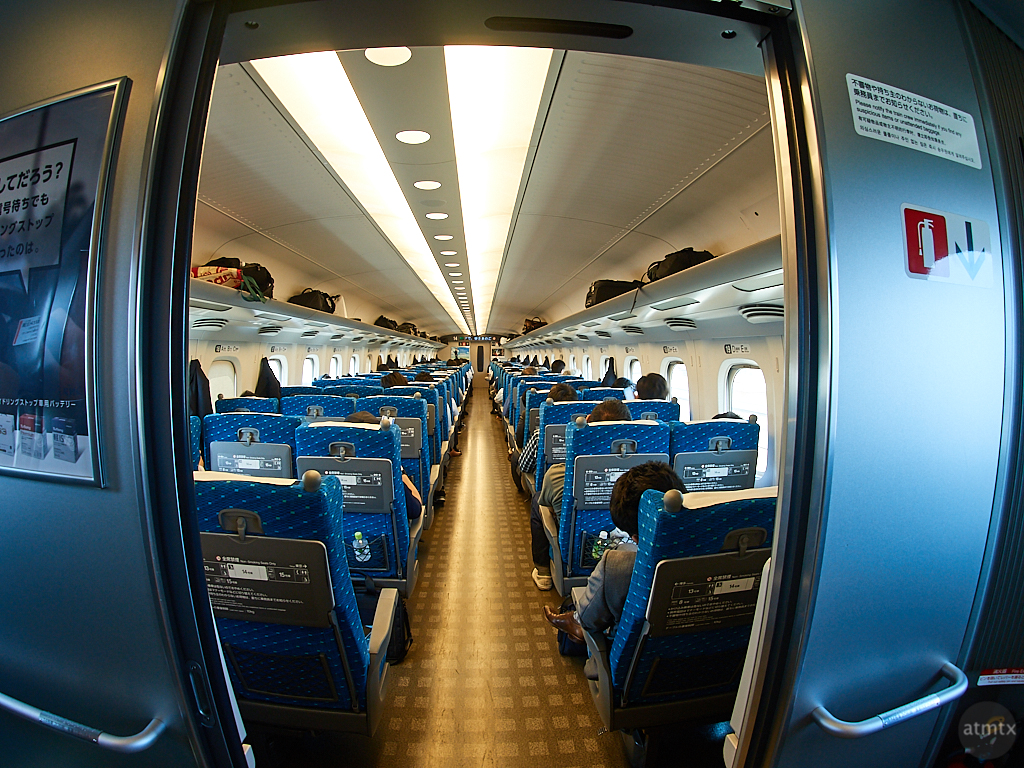 The interior of the Shinkansen is clean and modern, with leg room that would make a cramped coach class airplane passenger jealous. The 3 by 2 seat configuration seems standard but I’ve also been on the Sakura Shinkansen that has a more generous 2 by 2 setup.

The modern Shinkansens have given up some character for the sake of efficiency. I remember the original Shinkansen models many years ago. They had curtains on the windows and even a car with a dedicated snack bar. People cooked the food in the car and there was a counter by the window to eat. What I liked the most was a mechanical speedometer that displayed the current speed.

I suppose the super fast service is now passé. I saw no display trumpeting its speed. But for me, as a tourist, the ride was still an event. Though I feel like the efficiency of the interior has somewhat diminished the spectacle.

I shot the interior of the high-speed train with a conventional wide-angle, but the extra distortion of a fisheye makes it more dramatic. I used the $100 Olympus fisheye body cap lens, which is surprisingly fun to use. Even though it’s pre-set to a f8 aperture, because of image stabilization, I can use it in more places that I first imagined. I even shot this evening neon photo of Yodobashi Camera with it.

The bodycap fisheye has a modest effect, which exaggerates nearby straight lines. I used it to maximum effect with the first photo. As you can see below, without the doorway framing, the distortion is not as impressive. Even so, I think it adds a nice visual element. 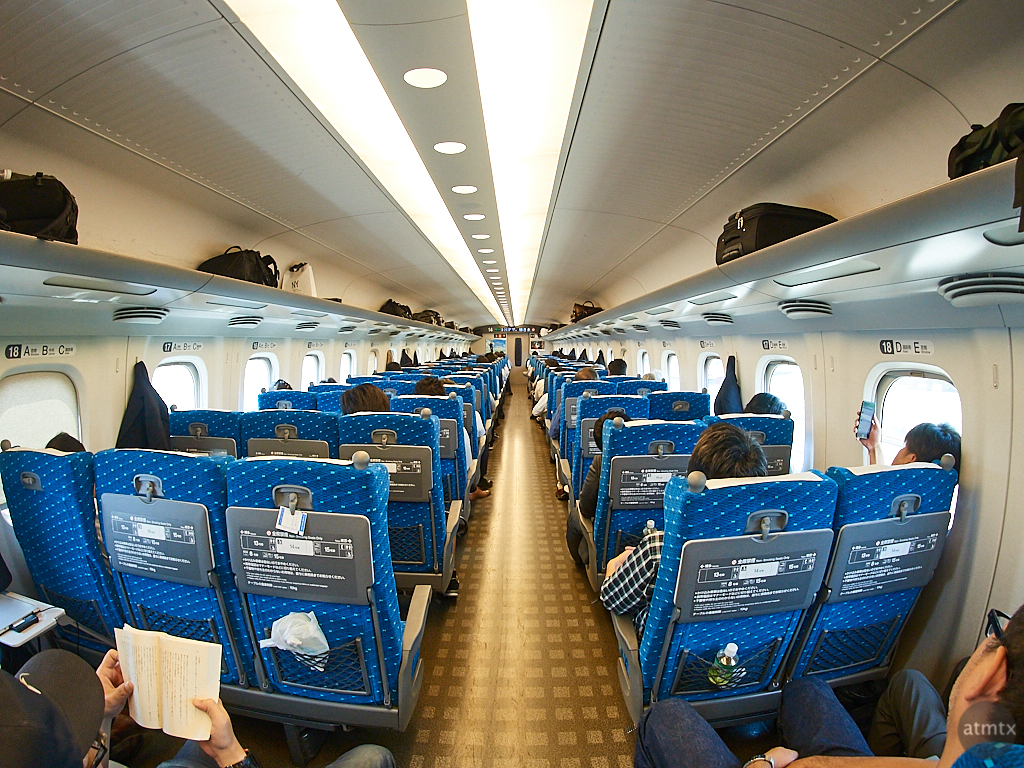