It was a drizzly 40 degrees the day after Christmas, but I was looking forward to testing my new Canon G7X Mark II. I headed downtown and took some snaps. The cold, for Austin, weather and the occasional passing shower forced me into the hotels for comfort and low light camera testing. I visited three nice places downtown.

First up is the Driskill, which I’ve featured often on this blog, usually around the holidays. I’ve documented the always changing tree at least four times, over the years. I’ve used a variety of cameras and always on tripod. This year, an image captured with the hand-held compact Canon.

Does this small camera with a 1 inch sensor match the bigger cameras on tripod? Well, perhaps not. But you will be hard pressed to tell at these web sizes. And even full screen on my 27″ Retina iMac, this year’s tree looks quite nice. Short of pixel-peeping, this image satisfies. 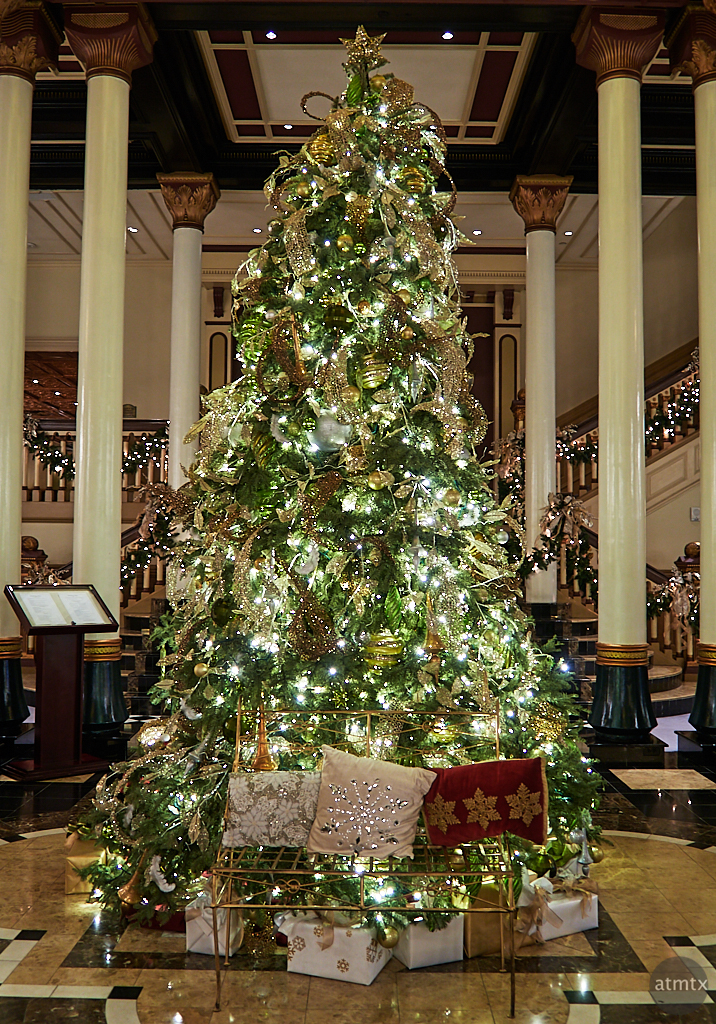 The image stabilization is adequate enough to shoot at 1/10 of a second, which allows me to keep my ISO under 200. And the free-form tripod-less shooting certainly makes it quicker and more fun. It’s a big change from my pervious years.

Next up is the JW Marriott, a comparably new hotel located on the corner of 2nd and Congress. It’s the largest hotel in Austin at least until the Fairmont opens. These larger 1000+ room hotels are the new wave that makes Austin into a more significant convention city.

This is one of the bars right off the main lobby. While the Driskill hasn’t complained about my tripod photography, when shooting the Christmas tree, I can’t imagine using one here. Making holiday photos of a nice Christmas tree has a way of relaxing photography rules, but it’s often awkward or impossible to use tripods in many busy high-profile places. My small compact camera looked unobtrusive enough, blending in with the tourist crowd.

For being such a large hotel, I like what the JW Marriott has done with their lobby. It still has a level of coziness that’s lost in some large convention center hotels. The JW doesn’t feel like an airport, unlike the downtown Hilton. 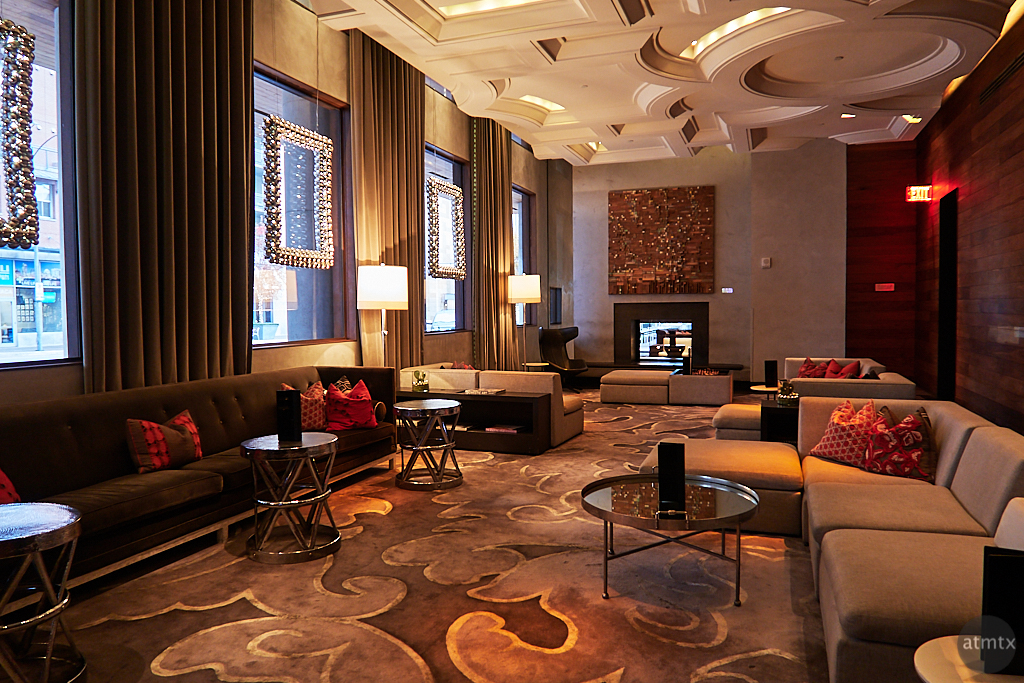 Finally, we have the W Hotel down several blocks on 2nd Street from the JW. It’s the most “boutique-like” of the three hotels. It’s been a number of years since I visited. When they first opened some seven years ago, I found them very snooty. Very un-Austin like, to say the least. I once had some security guards demand that I stop shooting the hotel, when I was on the outside, just a few feet from the pubic sidewalk, with my tripod.

I don’t know if they have relax their photography stance since then. But using my hand-held, small, amateur-like compact G7X Mark II, no one hassled me. I took a few photos in a number of the themed rooms. 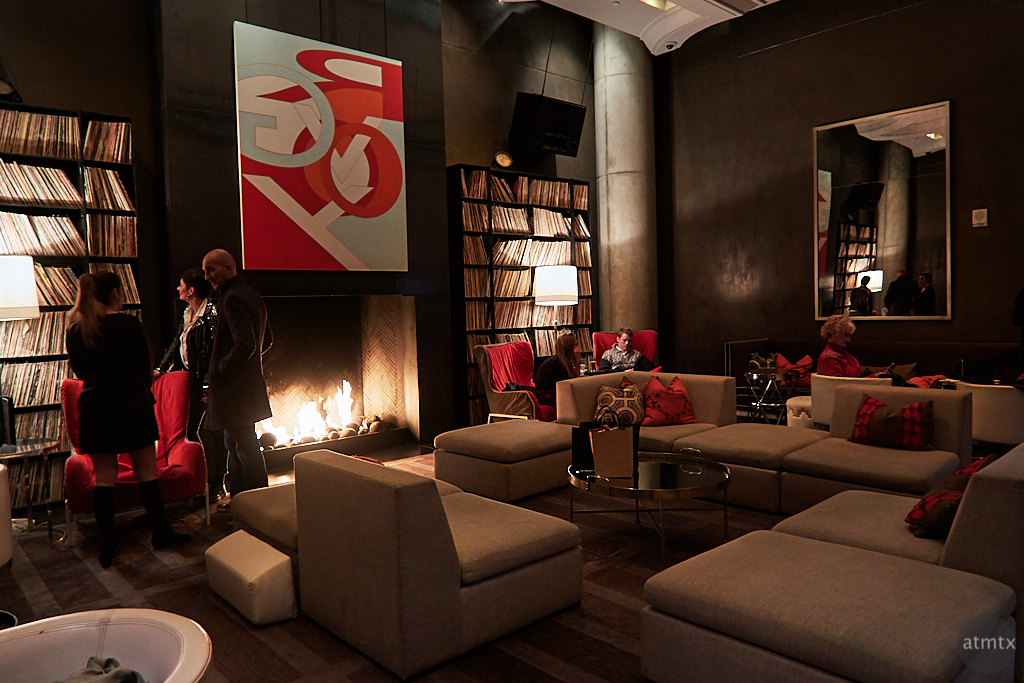 The W is very different from the other hotels. There’s no giant lobby to impress. Just a series of dark and moody rooms that give an exclusive, upscale and designer experience. With light levels so low, it’s tougher to shoot here. I used a 1/10 of a second shutter for both, at f1.8 and the ISO climbed to 200 and 250. High ISO performance is decent, perhaps adequate, given the 1 inch sensor size. But it’s not going to perform miracles. Having a large aperture and image stabilization is certainly a necessity to shoot in dark places, which always has its limits.