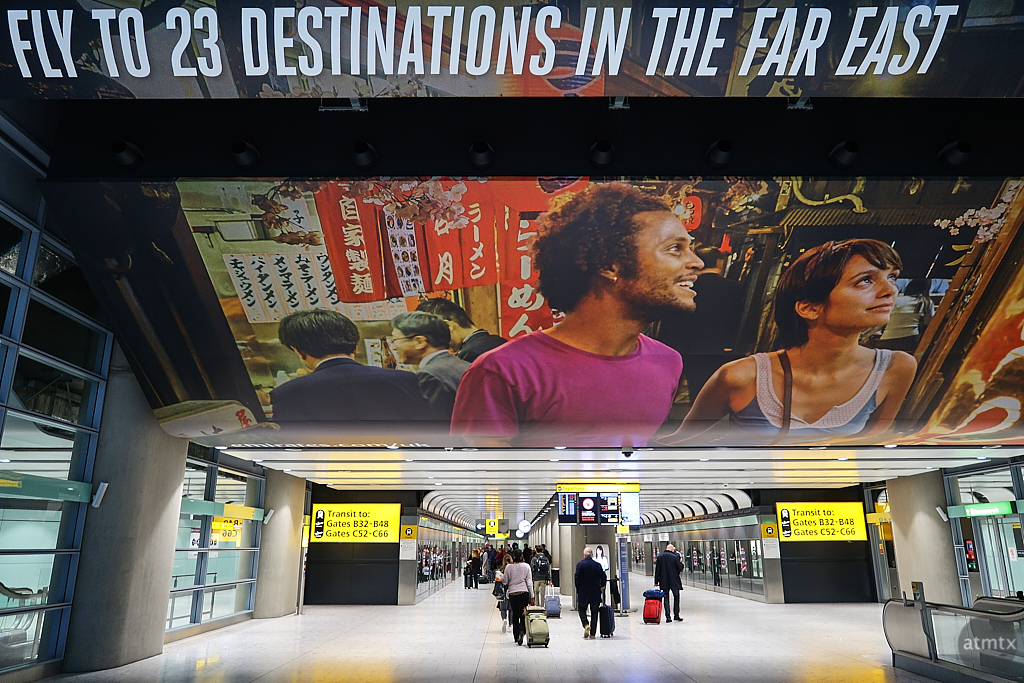 I like this rather dramatic advertisement that I saw at London’s Heathrow Airport. The photo appears to be from somewhere in Japan. I snapped it quickly as I was transferring planes. After arriving from Bangalore, I had a very short time to get to my next flight back to the US.

While all the airports that I went through were modern, Heathrow had another level of simplicity and precision. The signage was bold. The architecture, clean. The space, less cluttered. I seemed a bit colder, design-wise, than Singapore’s, however.

I wished I had more time to explore and shoot airport architecture. But making connecting international flights can be a challenge, especially when there are flight delays.

Note: I just sent out my March Newsletter. It was a bit later than normal, but I experienced some extra challenges this month, which I explained. Signup for the free Newsletter if you want to get next month’s.