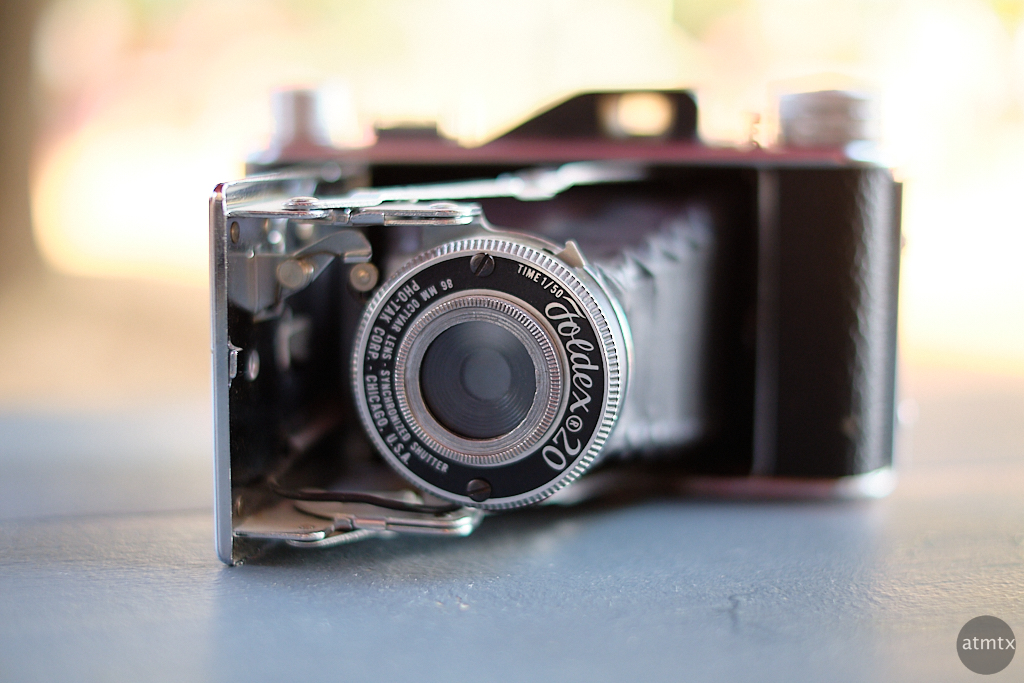 I mentioned yesterday that I met with my friend Chuck for an early dinner and photography talk. It’s a shadow of what we used to do in larger groups. But, getting out and meeting one on one is a much-needed improvement over being bottled up at home.

Beyond just catching up, we would sometimes bring interesting gear for a show and tell. This is not my camera — Chuck liberated it from his collection. The Foldex 20 was made by Pho-Tak Corp from Chicago. I’ve never heard of the brand. But after some research, it appears to have been produced sometime in the late 40s to 50s. There were several variants which took either 120 or 620 medium format film. Luckily, Chuck’s used 120 film, which is still easy to get.

My gear show and tell was a lot more modern — the Fuji X-E3 with 35mm f1.4 lens, which I used to make this picture. And, an InstantFlex TL70, which is a new camera but looks retro and it shoots film. I’ve briefly talked about that camera but will go into detail tomorrow.