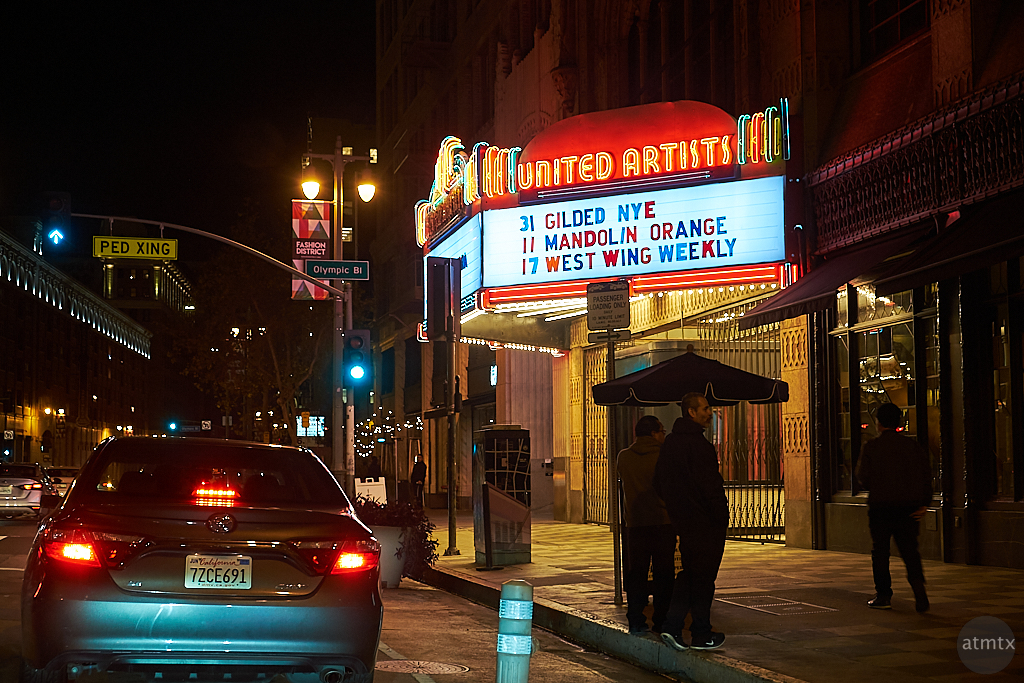 I was down on South Broadway in downtown Los Angeles to document the Bradbury Building — just because of my love for the original Blade Runner movie. Across the street sat the renovated Million Dollar Theater, which I featured yesterday. However, I was impressed by the number of theaters on South Broadway over a several-block area.

This is not comprehensive — I know I missed a few. After traveling this path via Google Street View, I noticed more that I missed. I was looking for marquees. Some theaters no longer had them.

I’m not particularly proud of these photos either. Unlike the meticulously composed Million Dollar Theater, these were quick snapshots. Many from inside the car. I was really wary of the neighborhood, not knowing what to expect. I wasn’t confident enough to get out and do serious photography. However, I thought even these rough pictures would be fascinating and make for a worthwhile blog post.

I made a couple of passes to take pictures, driving slowly southwest from the Bradbury. All I could think of is how grand the street must have looked in its heyday. As you can see from the photos, this part of downtown LA has seen better times. So sad. What has happened here has happened in many cities, both large and small, throughout the United States.

But there is also hope. Renovations are happening.

Some, like the Globe, were booming. People lined up to attend a Peaches and Cream concert. 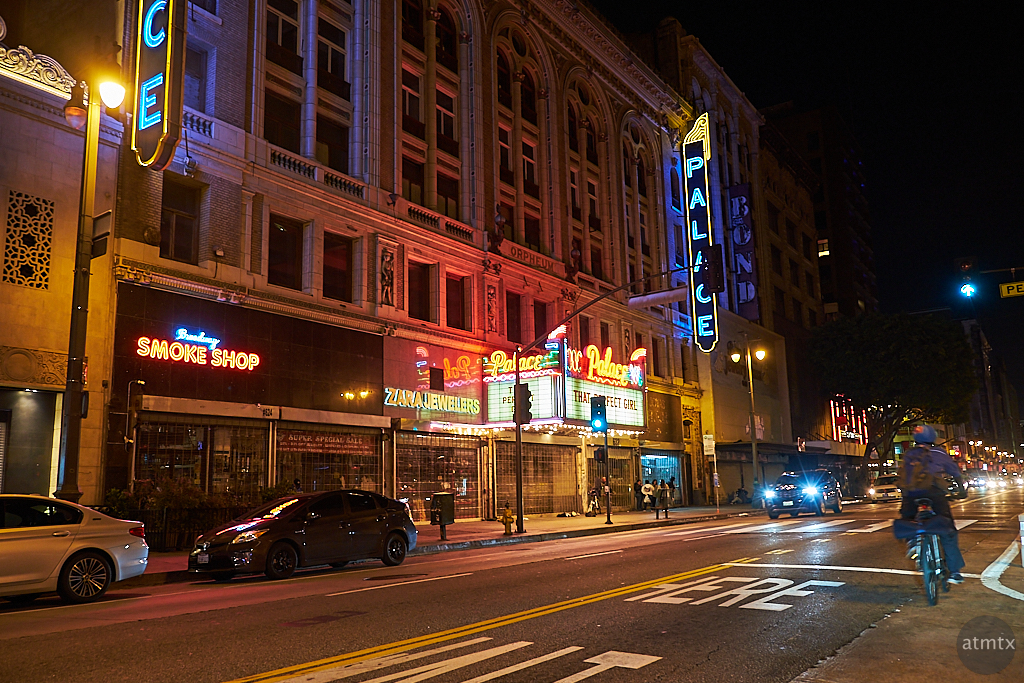 The Los Angeles and Palace Theaters also are still in business. 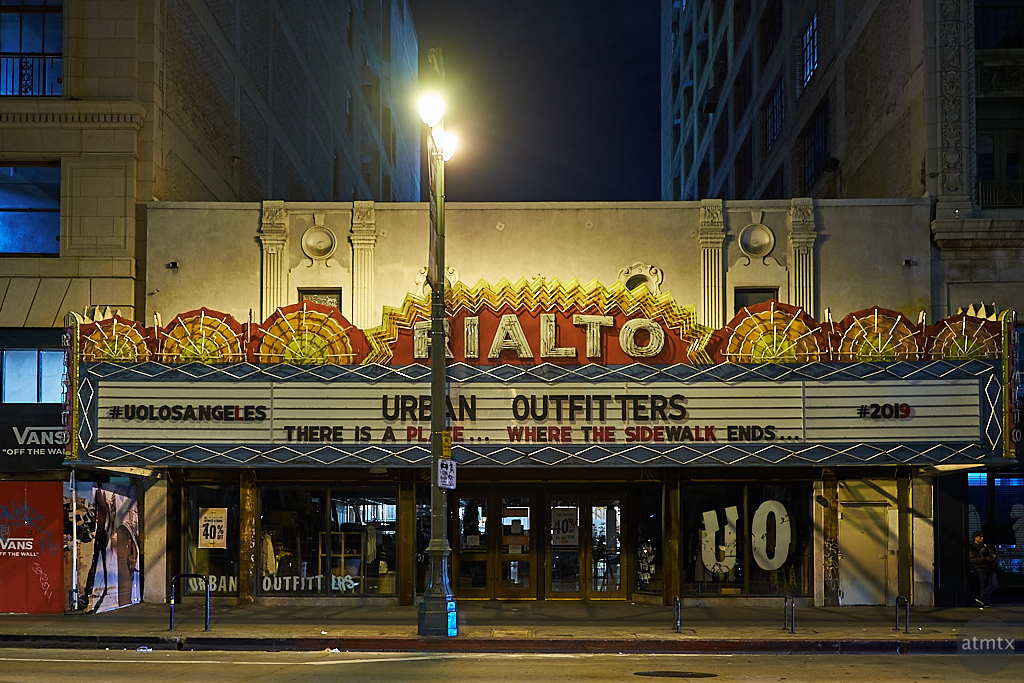 Finally, The Rialto has changed into a retail store.

People familiar with this area might notice that I didn’t include a very famous theater. That’s on purpose, which I will talk about tomorrow.