This is the second in a three-part series of Drink and Click portraits I created last month. I shot this on the same night as Sissi, who I featured yesterday. I used the same Olympus PEN-F camera with the Panasonic Leica 25mm f1.4 lens which gives me a 50mm equivalent view.

Even though the camera and lens are the same, the lighting differed, which changed the feel of the images, quite a bit. Not to mention that each person has a unique look and style.

Both of these were created in available, natural light. I used the in-camera black and white JPEGs, like I did yesterday for all of Sissi’s photos.

But the in-camera black and whites can be tricky. They don’t have much post processing latitude. That’s why I often shoot in RAW + JPEG. I can visualize in monochrome, and use the JPEG, if that works for me, but I have the option of full RAW processing. 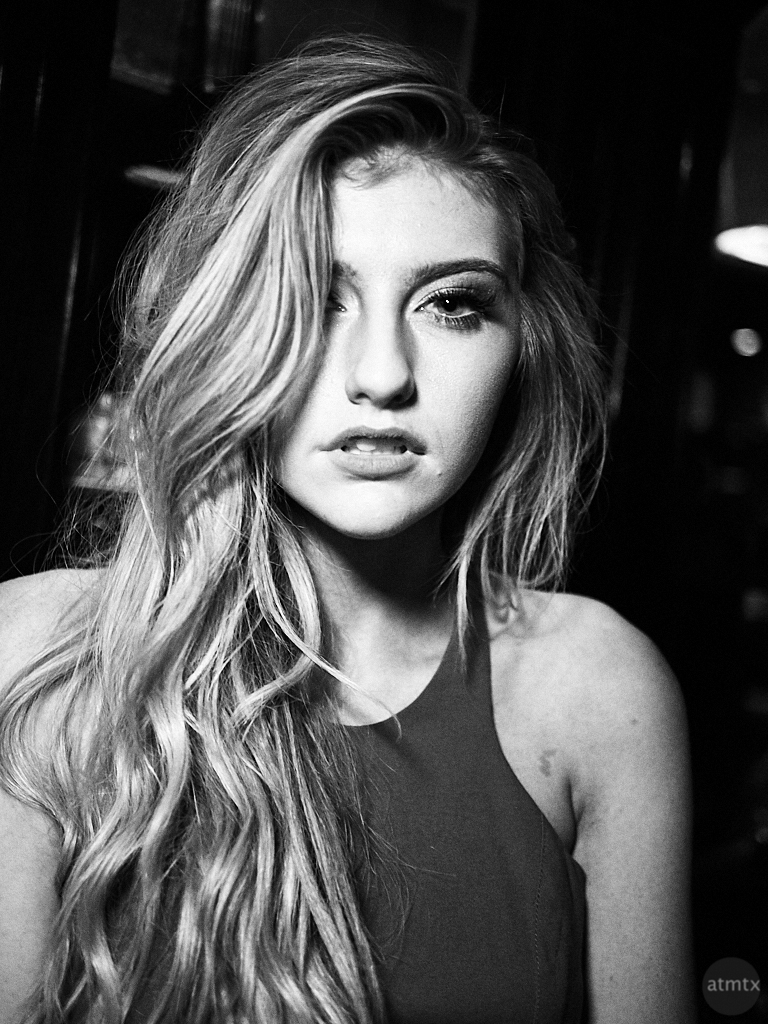 Other than the two natural light photos, I shot the rest in a very dark Irish Pub with supplemental lighting. A superior high ISO capability, these days, along with a large aperture, allows for modest light sources. In this case, I used a relatively small and maneuverable LCD panel on a stick, which I held in one hand, and I shot with the other.

Certainly, using a grainy and contrasty black and white, also reduces the need for pristine low-noise images. It’s all part of a look that I’m experimenting with, that’s different from a typical portrait.

The in-camera monochromes were decent, but I opted to use the RAWs to create higher contrast and brighter black and whites. 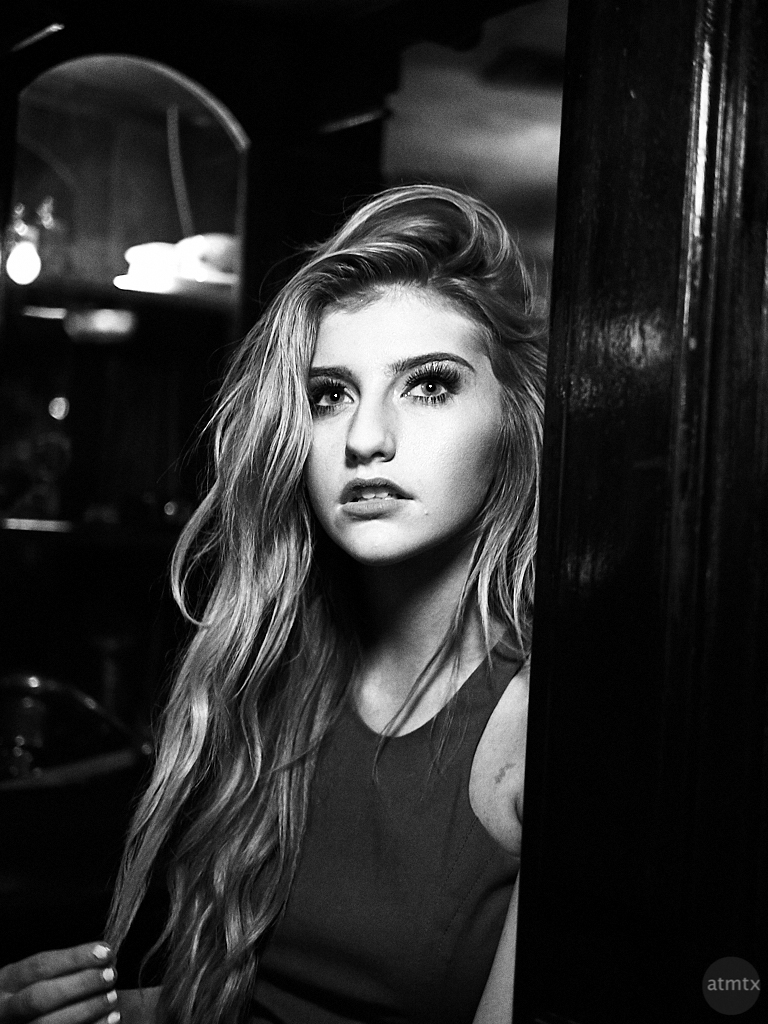 Sarah certainly has that sultry look down along with the serious model look.

But I wanted to catch her in a more natural and relaxed pose. These are the casual shots between the serious model driven poses. I shot Sarah along with a few others, so I didn’t have the luxury of further slowing down and spending personal time. That would be next step for me, to practice building one on one rapport.

I realized that entirely different looks can be created with the same base equipment even with similar black and white processing. Today’s portraits are nothing like yesterday’s. Sure, Sarah and Sissi are very different people. That, obviously, will have a tremendous effect. However, the power of lighting can’t be underestimated as well as changing of backgrounds.

All this is a fancy way to say, that I should practice more with the same equipment — there’s much for me to practice and learn.