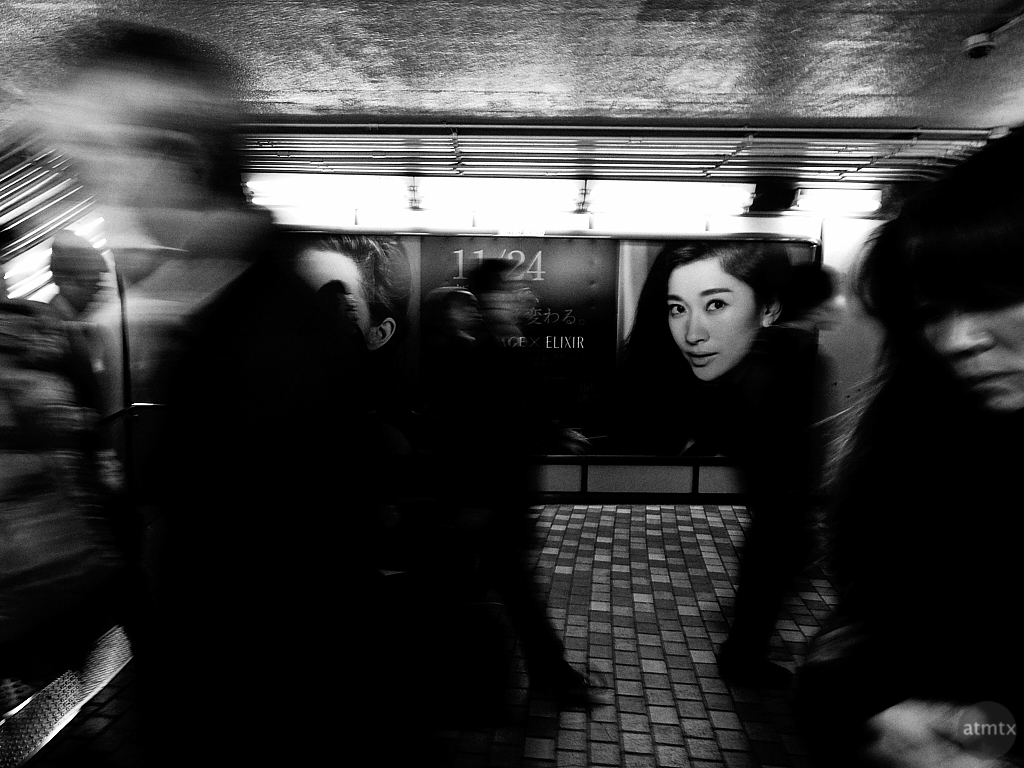 I’m starting something new today, which I’ll feature once in a while. Influences is going to feature people, most likely photographers, books and possibly other media that has influenced my work. First up is Daido Moriyama, a Japanese photographer known for gritty, black and white, street photographs. He primarily shot film with a compact camera.

I first discovered Moriyama about five years ago and it just happen to coincide with a purchase of the Pentax Q7, the world smallest interchangeable lens mirrorless camera. I bought it in Japan and fell in love with the built-in super contrasty black and white mode. In many ways, it was a precursor to my beloved Olympus PEN-F. The Pentax even has a front dial to change JPEG effects like the PEN-F.

Like Klein, my work tends to be orderly, but even more so. I was really struck with the rough imperfection of Daido Moriyama. There’s a lot of motion blur, grain, and out of focus imagery — basically the opposite of what I do. He changed my notion of what a photograph can be. You can see some of his work on his official website, but better yet, just Google “Daido Moriyama Photos” for a better image selection.

Over time, I think my photographs have evolved. My underlying exactness is still there, but relaxed somewhat. The featured photo is one of mine, which I shot in Tokyo during rush hour back in 2014. It’s one of may favorites I made with the Pentax Q7. It’s a little more Moriyama-esque than my usual.

Incidentally, the big reason Ricoh GR film cameras are so expensive now is because of Moriyama. The GR appeared to be his go to camera, not necessarily because he is a big Ricoh fan, but because he likes compact cameras. It allows him to discreetly shoot photos in the city; capturing candids are harder to do with a SLR. I guess the continued popularity of the Digital GR is probably due to Moriyama and its street photography pedigree.