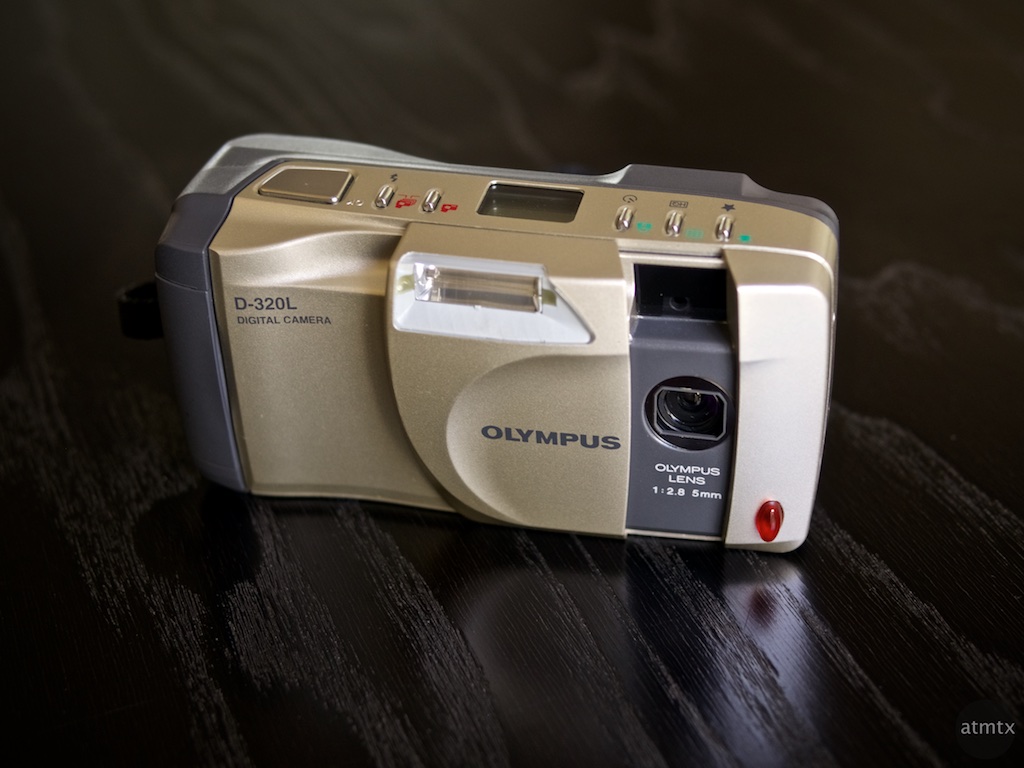 The D-320L is very similar to the D-300L with probably the same 0.78MP sensor and lens. It is noticeably smaller, however, with more gratuitous curves and a shiny gold-ish color. I prefer the simple lines on the original but the smaller size is nice. Both cameras, however, are unremarkable with their sturdy but unexciting plastic build. They look like film point and shoots that were converted into digital cameras.

It may be vaguely understandable why I bought the D-200L, even though its specs are laughably primitive. After all, this was the first digital camera from Olympus. There’s some historic merit to owning the first. But why bother with the D-320L? Its specs are about the same as the previous model and there’s nothing special about being second.

There is however, one major improvement. It’s the first Olympus camera to feature removable storage — the long dead SmartMedia format that was originally developed by Toshiba. You see, with the original D-200L, I had no way to download the photos. The long expired serial ports, the lack of software and corresponding computer made the camera just a working curiosity. With the removable media, I could actually transfer the D-320L’s photos to the computer.

The 1/3 inch sensor, at 1024 x 768 pixels from 1997 is not going to inspire confidence. But the camera does work and is surprisingly usable. At this stage, at the dawn of consumer digital cameras, shooting film would have produced better pictures, by any measure. The only advantage, of course, is being able to see the photos immediately, on your camera, and then on the computer. This was before social media so there’s no place to post the photos, though you could have emailed them.

I didn’t own a digital camera back in 1997 and I wonder what people used them for. Sure, the gadget loving early adopters probably liked them, but was there any practical uses? Perhaps, insurance claim adjusters and similar business would find these useful. Maybe to optimize the speed of business — it’s faster than waiting the hour or so for film development.

The D-320L, pretty much works like the D-200L. You slide the cover to turn on the camera. There is a decent optical viewfinder and you can only view your pictures when the lens cover is closed. It still uses 4 AA batteries and has a slightly larger 2 inch LCD display, which still draws slowly as you scroll through your images. But there are unexpected refinements. Olympus did make a lot of progress in less than a year.

The camera is smaller in every dimension and noticeably lighter. The rear LCD, which defaults to off, stays on now when the green button is pressed. I suspect Olympus must have improved the battery life, enough to not require the display button to be held down, unlike the first model. The smaller body also means that they were able to shrink the electronics significantly, and while adding a SmartMedia card slot.

Like the previous model, there is no on-screen menu. All controls are set via dedicated buttons which are the same as before. There is a new and noticeable red lamp in the bottom right corner, for the self-timer mode.

The battery door is improved and the 4 AA batteries are compactly arranged in the bulging grip. In short, there is a level of refinement, not present in the original model.

Here are some photos with the D-320L, in the highest 1024 x 768 pixel mode, shot around the University of Texas campus. I don’t have the exposure details since the software didn’t display them. I’m guessing that the camera didn’t create EXIF data, like in modern cameras. You can click on the images to see the full quality, which un-surprisingly, is not very good. The camera works though, and it’s a nice throwback to the early days of digital, some 20 years ago. 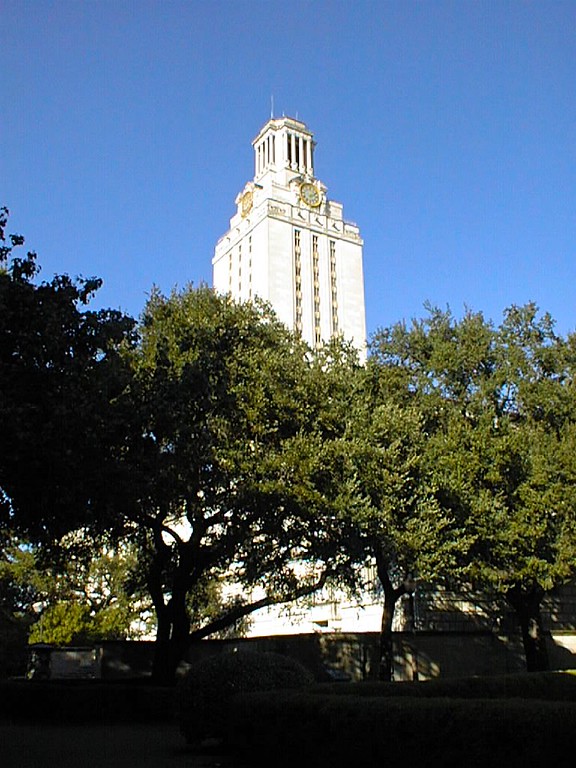