Kinryu Ramen, in the middle of Dotonbori, is my favorite store on this colorful strip. Apparently it’s very famous and has been around for a long time — you can see the line to get in. I was attracted to its striking color and kitschy Chinese Dragon. Dotonbori is one of those must go places in Osaka, especially at night. This entertainment district is full of tasty restaurants in a city known for great food.

This is the kind of place I live for, photographically. Colorful architecture and a lively urban neighborhood, which I like even more at night. I shot the first photo with the Olympus OM-D E-M5 Mark II with the 12-40mm f2.8 Pro. I used ISO 200, to maximize the dynamic range. 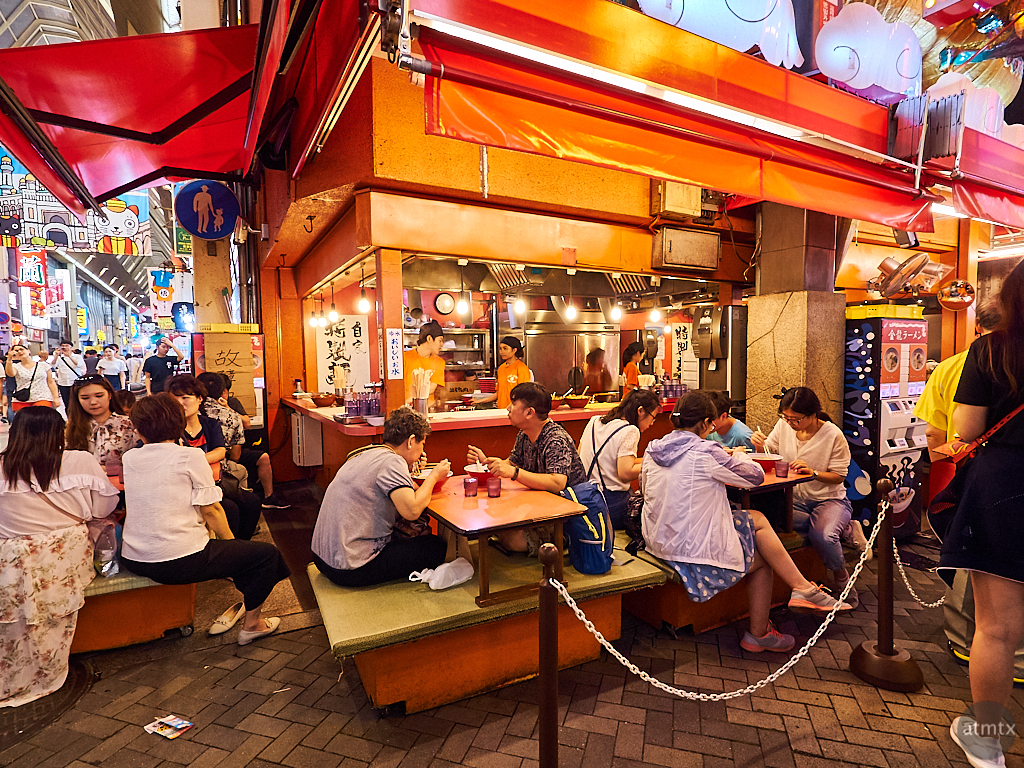 Here’s a closeup of the seating, which is just several tables around the periphery. I’m not sure if they have inside seating, but you can tell it’s a small place. Japan gets pretty hot and eating Ramen outside might not be the most comfortable experience but you can’t beat the people watching, I guess.

I used my wide-angle for both photos, shot on the Olympus PEN-F. I actually made two passes in front of this place. During my first pass, I captured the restaurant at peak blue hour, which wonderfully contrasts against the vivid red.

I shot the first photo, on the way back, only 15 minutes later. You can tell that the “Blue Hour” has already started to fade. Think of these photos as the opening salvo on the sensational visual assault that is Dotonbori. More crazy and colorful night photos to come.

2 thoughts on “Ramen in Dotonbori”