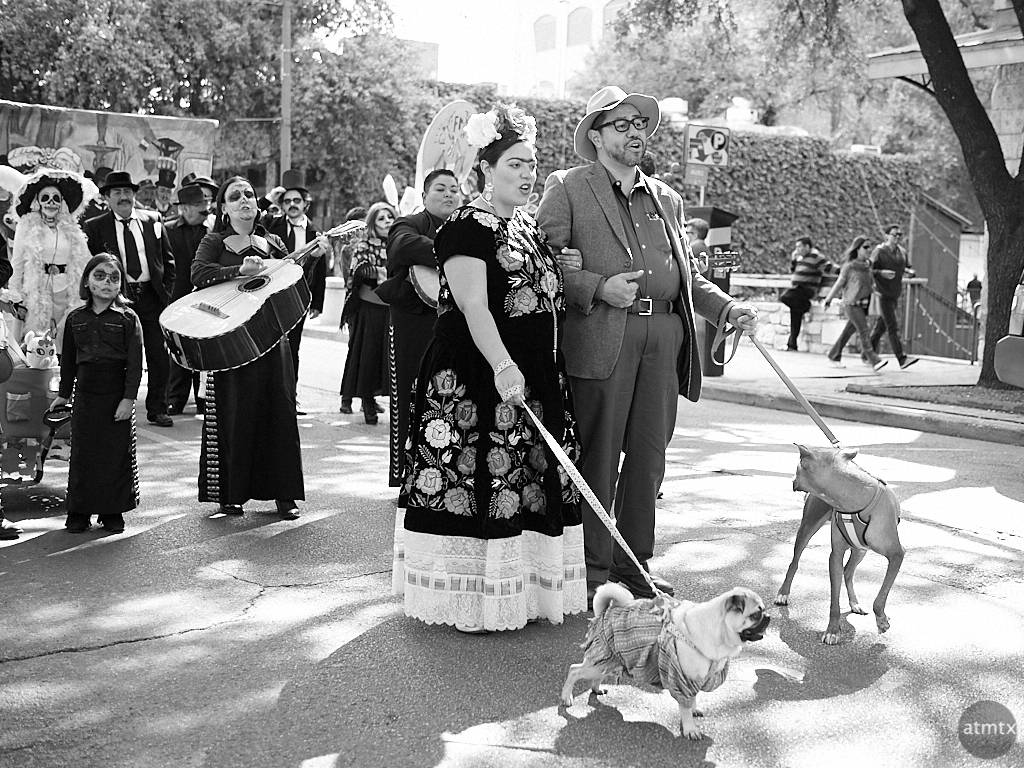 For my last post of the series, here’s Frida Kahlo, or more accurately, someone dressed up as her. Featured at this year’s Dia de los Muertos Parade, a tribute to the 110th anniversary of the famous Mexican artist’s birth. A big banner with “Frida Khalo & Her Pets” was displayed prominently at the head of the parade.

This monochrome looks almost timeless, if it weren’t for the telltale signs of modernity in the background. This peaceful scene on the usually gritty East 6th Street was particularly enjoyable as they sang cielito lindo, a popular Mexican song back from the late 1880s.

Beyond the period outfits, the classic 50mm focal length and the black and white probably adds to that historic look. While I processed this from a RAW file, it’s different from the monochrome conversions that I featured a couple of days ago.

Today’s photo is a straight up conversion using the Fujifilm Neopan 100 ACROS setting that I have in Capture One. It’s slightly softer with less contrast, which I think better fits the mood of this scene.