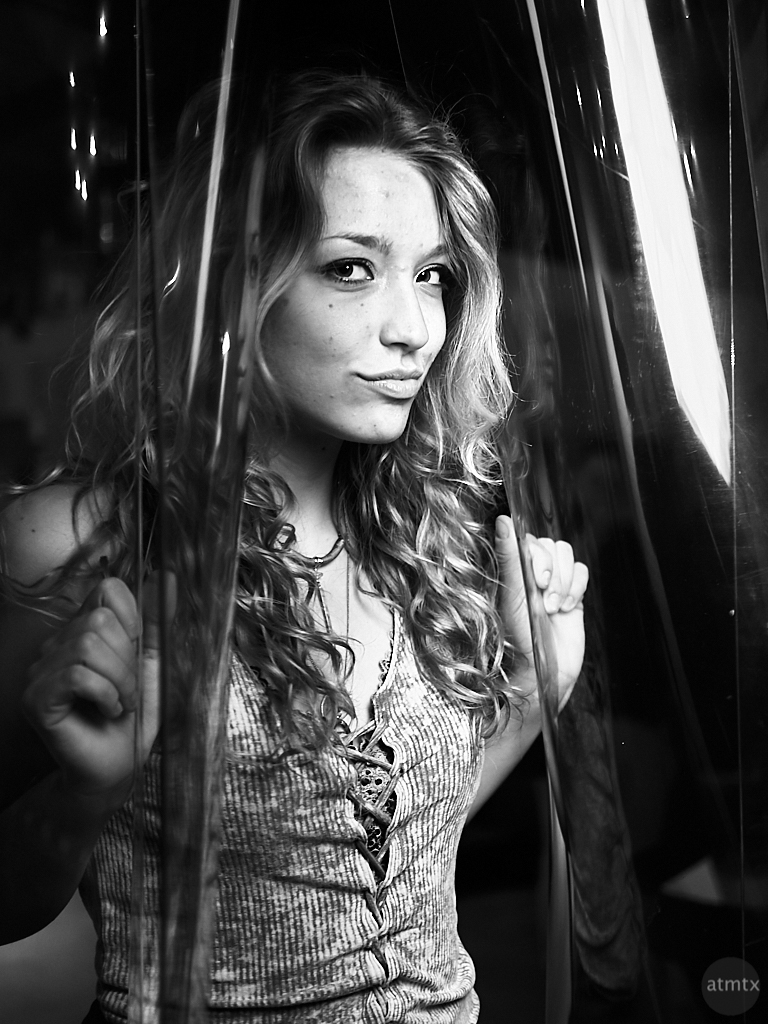 After several posts from Stay Gold, we moved to Pflugerville, a bedroom community north-east of Austin. I shot this back in March, at the Spirit of Texas Distillery, where they make Whiskey and Rum. Janet also makes another appearance after I featured her a week ago with a dark portrait created at the Craftsman Bar.

This portrait is a lot brighter and shinier. The reflective surface is a plastic curtain used to divide the distillery, perhaps for temperature control? It’s the kind of “wall” that you might see in industrial food prep areas. Certainly, the first time I created such a picture.

I’m going to start my Pflugerville story by saying, I have nothing against the place. But, you have to admit it’s a rather unusual name. When I bought my first house about 25 years ago, it was in the north-eastern edge of Austin, just south of Pflugerville. I made sure the mailing address was Austin. I knew that my East Coast buddies will never live it down, if I lived in some place called Pflugerville, Texas. What I didn’t think to check was the location of the telephone exchange. Right. Whenever they called me, their phone bill would say Pflugerville.