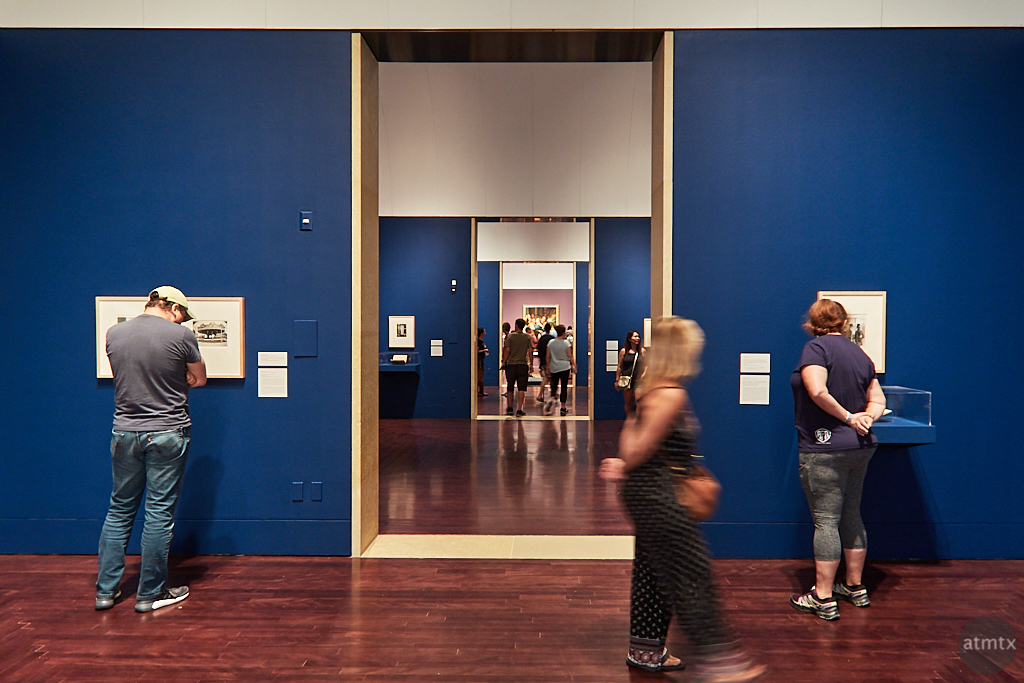 Other than the most famous names in Photography, I’m not very knowledgeable about historical photographers. The Blanton Museum of Art is featuring an exhibit on Eugene Atget, which I went to see during Austin Museum Day. Mr. Atget is a French photographer and artist who lived from 1857 to 1927. He did some revolutionary photography in his time.

Imagine doing urban landscapes and street photography with a view camera. You might have seen view cameras in historical accounts but most people don’t see them anymore, though they still exist. It’s those giant cameras on sturdy tripods with bellows in the front and draped fabric in the back, where the photographer composes the picture. They were often used for portraits in the studio.

I suppose if Ansel Adams can carry a view camera for his nature photography, lugging one through the streets of Paris may not sound impossible. Keep in mind, however, Atget started shooting his photographs at least 30 years before Adams. He documented Paris during its rapid modernization, during the early 1900s. Artists of the day also used his photographs as a source for their drawings. Most impressive are street photography featuring people. Keep in mind that these cameras are big and slow. It’s not like shooting with a 35mm Leica.

As someone who likes urban landscapes and the scenes of the city, I found Eugene Atget’s work interesting. All the more impressive, given his equipment. I feel a bit embarrassed complaining about the size of gear, espousing compact mirrorless systems when Mr. Atget did his work on a large format view camera. I wonder what he will use, if he were alive now?

Here’s a link to Euguene Atget’s work. You can see his work at the Blanton until December 2, 2018.