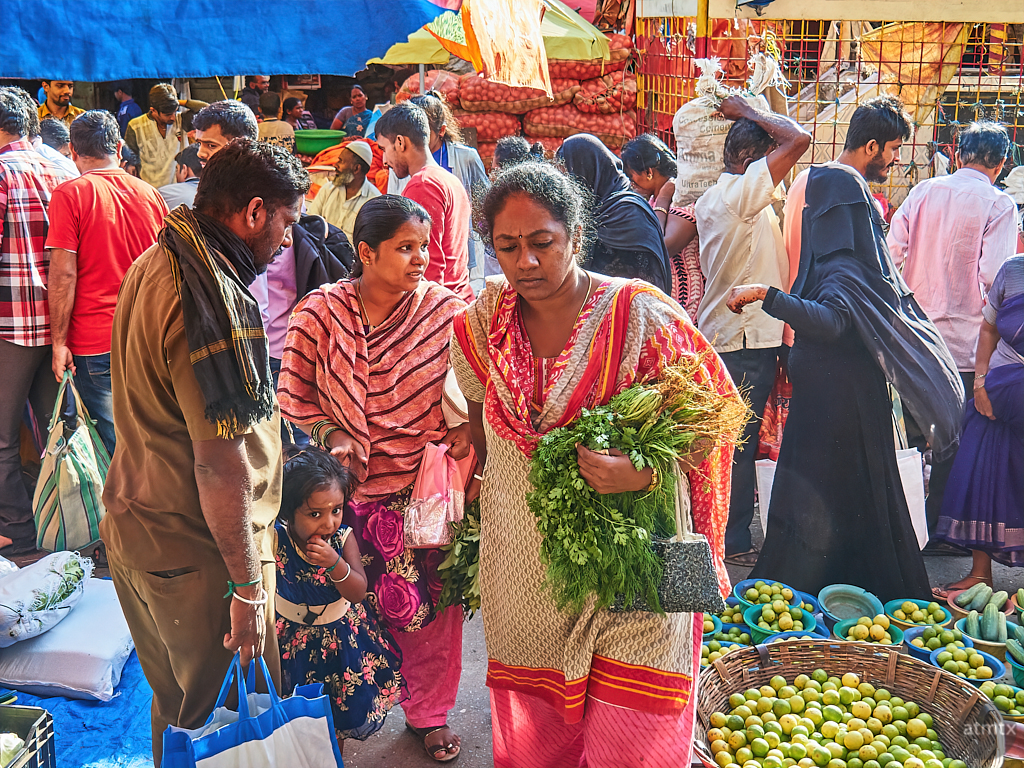 KR Market is the largest wholesale market for Bangalore and fruit and vegetable stands surround the main building. Parts of it were incredibly crowded. Think rush hour in a New York City Subway — crowded. You get through choke points and then it opens up in places only to run until a wave of people. I brought three cameras with me to India and I used all three at the market. It turned out, unexpectedly, that each filled a particular niche and it was actually useful to have three different cameras.

My most versatile, especially in good light, is the Olympus OM-D E-M5 Mark II with the Olympus 14-150mm travel zoom. The long focal range allowed me to easily frame different types of shots from wide to telephoto. I used the E-M5 Mark II for my first shot framed at a 40mm equivalent. Though I shoot often with a 50mm equivalent these days, I’ve come to re-discover the joys of 40mm. It doesn’t sound like a big difference, but it is, especially in these close quarters. 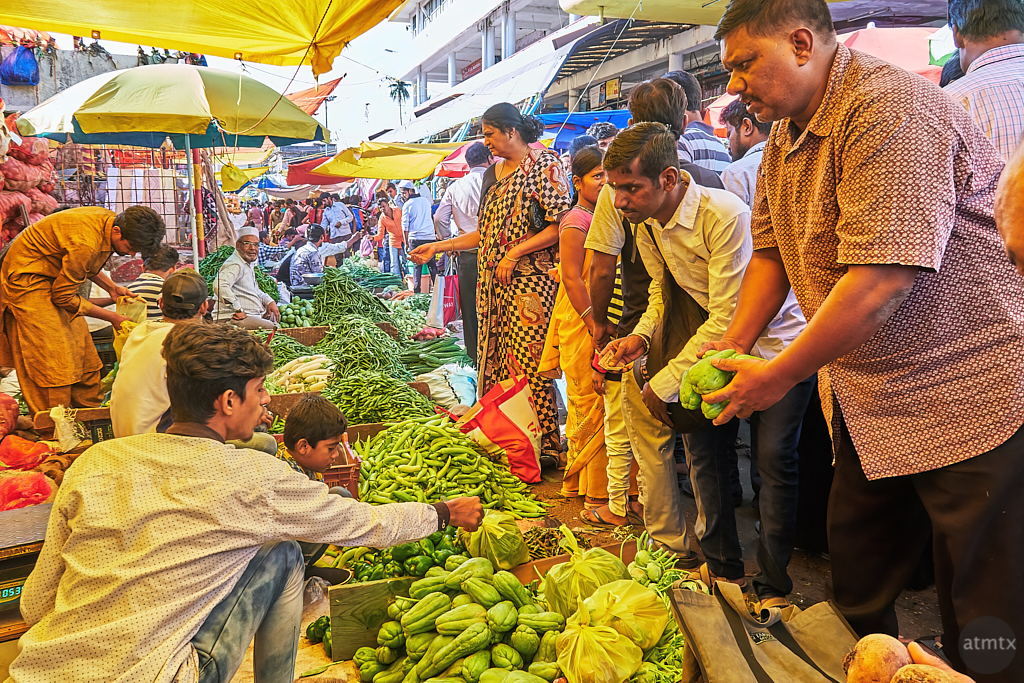 My Olympus mirrorless cameras are fairly compact, especially compared to DSLRs, but in the really crowded areas, even they seem awkward. The 14-150mm lens has some length to it and maneuvering the camera to take pictures in close quarters, while not impossible, seemed unnatural. That’s where my compact Canon G7X Mark II worked really well. I shot this with a 28mm equivalent but the small sensor gives a more exaggerated wide-angle perspective. I also figured that the smaller point and shoot like camera would attract less attention. 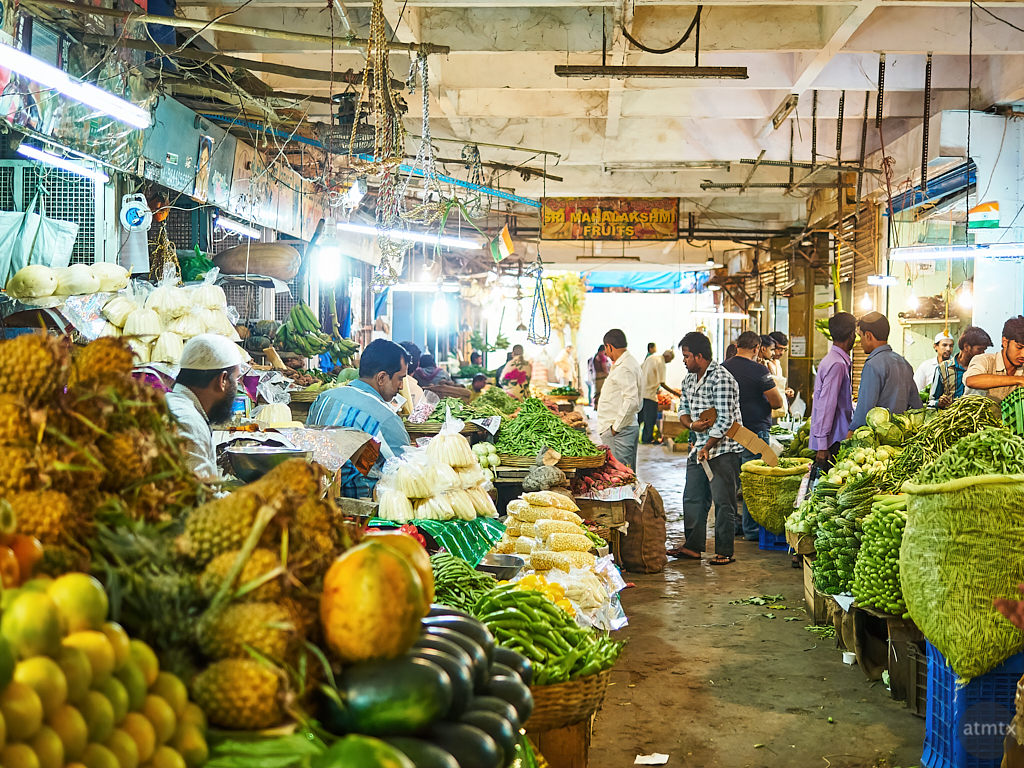 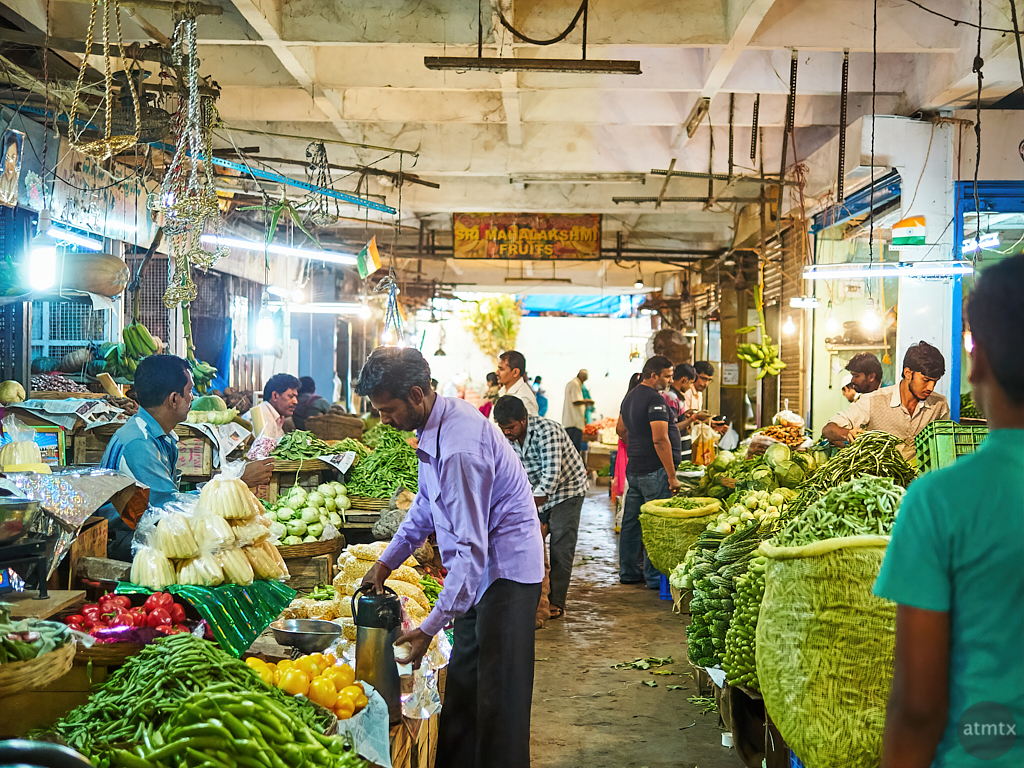 Unexpectedly, we moved from the bright outside market into a building, which immediately changed the shooting conditions. Luckily, the inside was less crowded and along with the lower light levels worked perfectly for my Olympus PEN-F equipped with a 25mm f1.4 lens. This is my go to configuration these days and the 50mm framing and the large aperture enabled me to keep a high shutter speed and at acceptable ISO levels. Making tack sharp images with high quality would have been a challenge with the travel zoom.

Because I had two separate Olympus cameras, I could quickly switch, not having to slow down to change lenses or risk exposing my sensor to a dusty environment. And, because my mirrorless cameras and lenses are small, I can basically carry both easily in a space comparable to a single full frame camera. 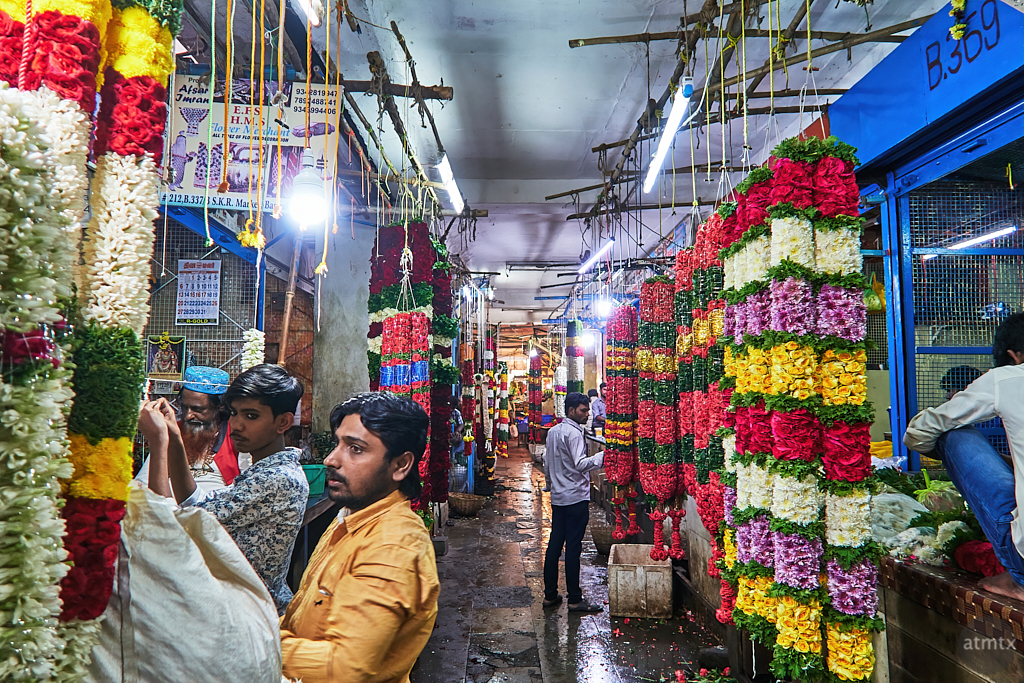 As I followed my friend, Pabish, deeper into the building, the food stands gave way to storage-like areas. Colorful ones, decorated with strings of flowers, which were being made by people working in open metal cages. If it weren’t for the color and softness of the flowers, the place would seem rather grim. But the industrial look and the bare lighting made for an interesting place to make images.

The Olympus PEN-F worked well but I then switched back to my small Canon G7X Mark II to reduce my profile. I wasn’t sure how they would react to an obvious tourist using a moderate-sized professional looking camera. But with a f1.8 lens, even with a smaller sensor, the G7X Mark II did quite well. I also got the wide-angle 24mm framing that I wanted, emphasizing the leading lines of the hallway.

On the other hand, if you have a few well honed tools, they may really help you, especially if you don’t know what to expect and shooting conditions change quickly.