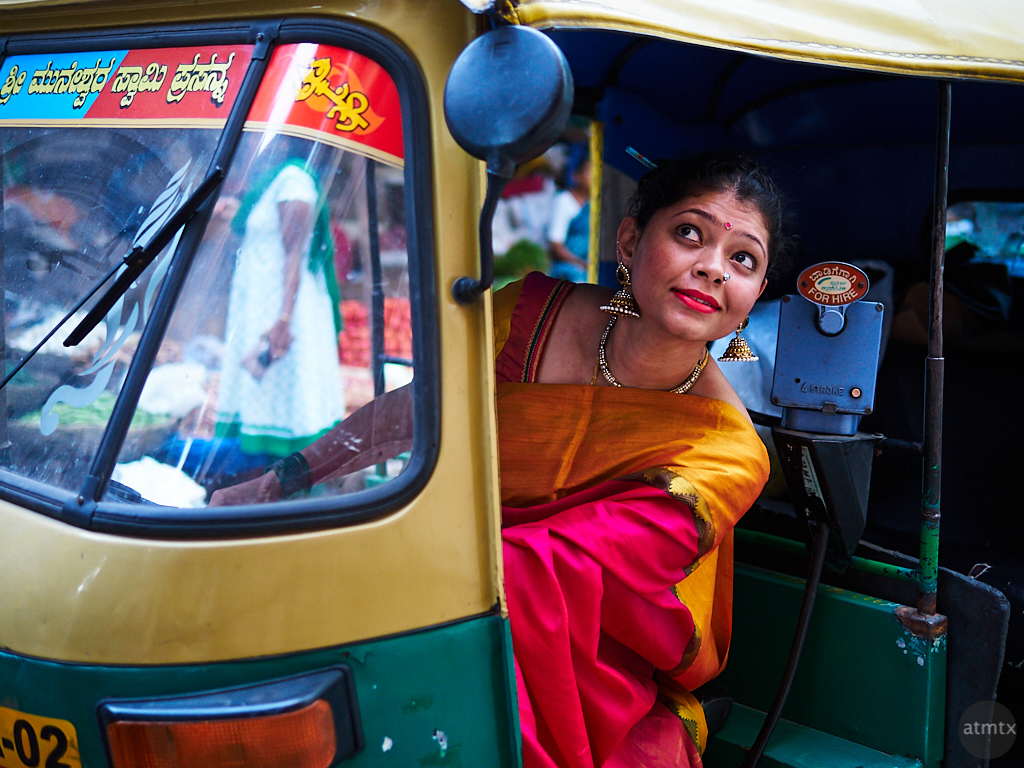 This is the third and final photo featuring Sahana. I shot all the pictures in this three-part mini-series during the same photo shoot. But, I wanted to call attention to this photo, because it’s my favorite.

Chronologically, I made this after the vegetable stand and before the flower shop during the photo shoot. As I mentioned in an earlier post, I love these ubiquitous green and yellow tuk tuks, which are called autos in India (I prefer the tuk tuk moniker because it sounds cute) I knew I wanted to shoot Sahana riding in one. But, from which angle?

Looking at my catalog, I noted twelve distinct positions and many more intermediate variations. We shot from the left, then the right. I shot in both landscape and in portrait orientations. In some, Sahana was driving and in others she was peering out. This is my favorite. To me, it has a travel magazine aesthetic and captures my view of India.

Over the last month, I’ve done twenty-seven blog posts on India and I realized that I shot all the photos on one day — the first day of my trip. All over a twelve-hour span. I arrived around 7am and wrapped up the photo shoot with Sahana at 7pm. From the local streets around my hotel, to street photography and architecture around KR Market and finally to a photo shoot, it was a long, fruitful and totally enjoyable Sunday.