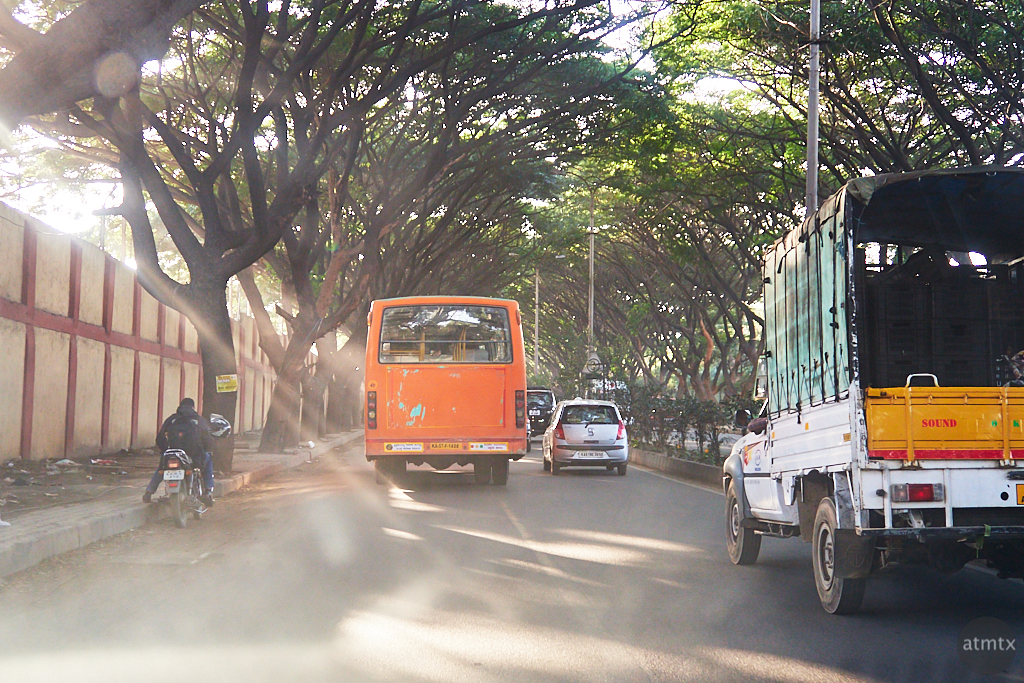 A couple of people told me and I’ve also read that Bangalore is known as the Garden City. Indeed, if you go to the central part of the old downtown, there are grand parks. Even the roads near the center of the city have a beautiful canopy of trees, as seen in this photo. But, out in the outer loop, there were hardly any trees in sight.

The bigger issue is the city’s rapid growth and the huge influx of tech workers. Unlike New Delhi, Mumbai or Kolkata, which have been large cities for a long time, Bangalore was a relatively small city until recently. It looks like the old-world charm and grander is under assault from rapid development. The nickname, Garden City, seems rather ironic, unfortunately.

Air quality may depend on the time of the year, but on my recent trip in December, I noticed a lot of air pollution and the odor of something burning. Back on my first visit, six and half years ago, the air seemed clearer and the traffic, lighter. But, that was in March and if people were burning wood to keep warm during the winter, they wouldn’t have done so in the spring, when the temperature was in the high 80s.

It’s not usual for rapidly growing economies to get out of whack. That happened in the U.S. too, until we began to clean things up. I hope over time, Bangalore can move back to wearing its nickname with pride.