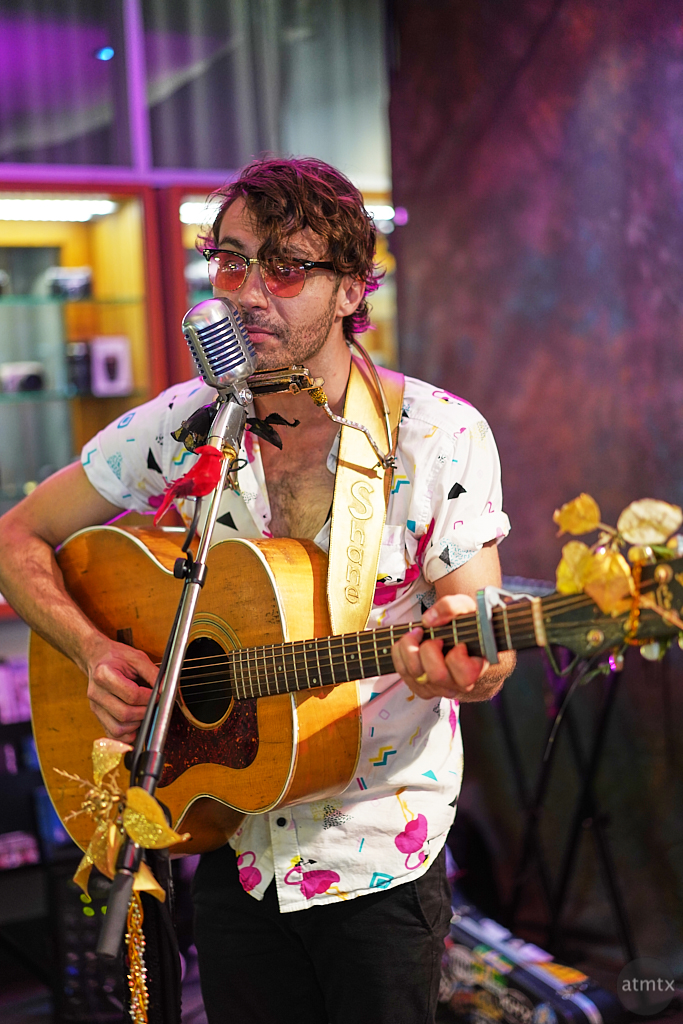 Precision Camera is running a monthly happy hour called “Speakeasy Wednesdays” where they have free drinks, live music, and a vendor sponsoring the event. Here are a couple photos from the first one from back in June sponsored by Sony. It allowed me to play with their A7 III full frame mirrorless camera. That camera’s been out for over a year, but I never shot it and scrutinized the image quality. Here’s what I found and how it compares to the Fuji X-T10.

First, a few caveats. The Sony A7 III is a late model 24MP full frame camera which costs $1999 plus the 55mm f1.8 lens which costs another $999. The Fuji X-T10 is a four-year-old camera which I bought used for $275 with a used Fuji 35mm f1.4 lens that cost $350 (new for $599). So there is a big price and technology difference. I’m only showing two pictures in this post, however, there are other images that I used to analyze image quality. Think of these pictures as just a proxy for the two cameras.

This is far from a scientific test. If fact, it’s not a rigorous test at all. I’ll leave it up to DPReview and others to do that. I just shot both cameras at the same event so I can compare the image quality and ergonomics. The focal lengths are a similar 52.5mm equivalent on the Fuji and 55mm on the Sony. I also post-processed the JPEGs from both since I didn’t have a RAW processor for the Sony.

Not surprisingly, the Sony had better high ISO image quality and resolved more details. However, I was most pleasantly surprised by Sony’s JPEG color. In the past, I’ve been critical of Sony’s color but I know they’ve been making steady progress. With the A7 III in JPEG, at least for this scene, I have no issues with their color. It’ll be interesting to shoot the Sony under different conditions to further analyze its color performance. Also note that the decorative LCDs rotated colors so the Sony and Fuji pictures are not showing the same background color.

As for the Sony ergonomics and user interface, I still found it tricky and unintuitive. Some of this is just the lack of familiarity, of course. However, when I started shooting the Fuji recently after using the Olympus, I switched over quickly without any difficulty. The Sony interface is very different. I think the Olympus and Fuji feel like cameras. I think the Sony feels like a picture taking computer.

Here’s the big takeaway that I learned from this quick test. Sony’s color has improved. Probably to a point that it may no longer be a issue for me, though I need to test it under more conditions. I still don’t like the user interface but it’s something that I can certainly learn how to use well. However, it may never feel intuitive. Right now, it doesn’t give me tactile pleasure the way the Olympus and Fuji did even when I first picked up those cameras.

Finally, for web sized or even larger images, you are not going to see an image quality difference. Printed really large or shooting under dark conditions, the Sony’s going to do better. But, under normal circumstances, there’s not going to be much of a difference. Is it worth spending $3000 and more for a Sony setup? No, not for me, at least at this time.