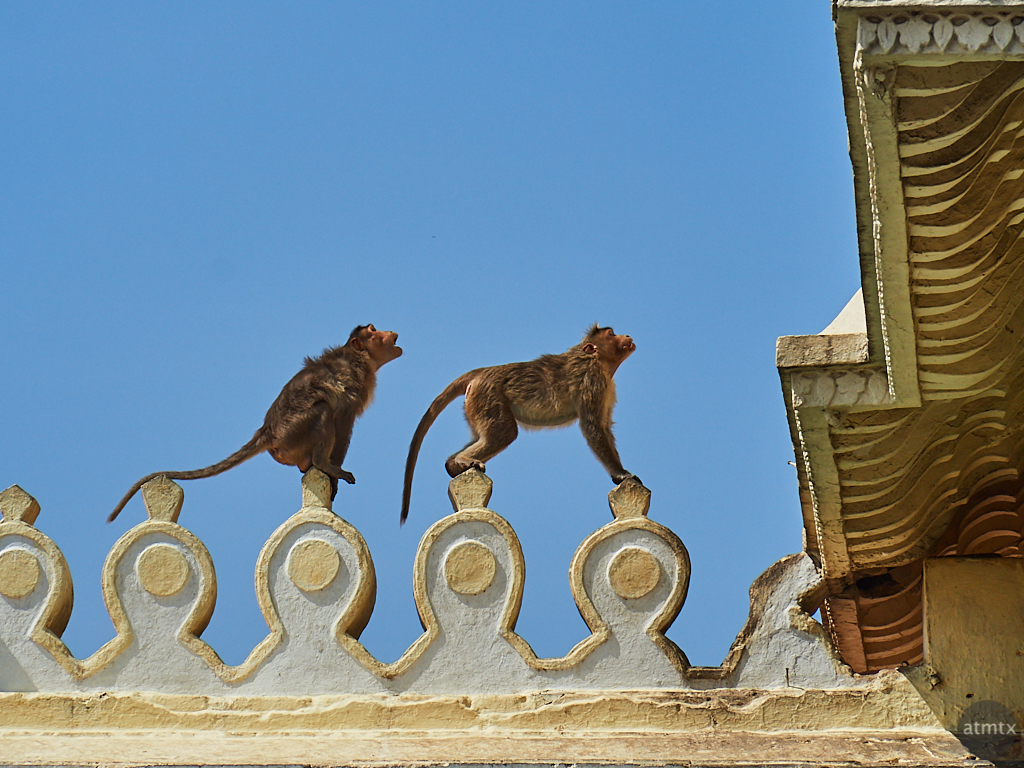 I mentioned yesterday that I was most interested in street life and color around Chamundeshwari Temple, rather than the architecture itself. The second on my interest list was the monkeys that played freely along the walls and temple building. In the US, you don’t see monkeys unless you are at a zoo.

The first photo is my favorite, where I happen to capture two in a pose that looks statue-like, sitting on the temple’s ornamentation. I featured a black and white version in my book of India.

Here are two more I captured following the critters around with my long telephoto lens. I used the Olympus 14-150mm (28mm to 300mm equivalent range), which I call my travel zoom. It worked perfectly to get up close to these guys but also worked well for wide-angle street photography.

I brought three cameras with me to India. The Olympus OM-D E-M5 Mark II paired with the travel zoom. The Olympus PEN-F with a classic 50mm equivalent with a big aperture. Finally, my small Canon G7X Mark II compact camera. I used all three cameras at the temple, switching freely between them as the need arose.