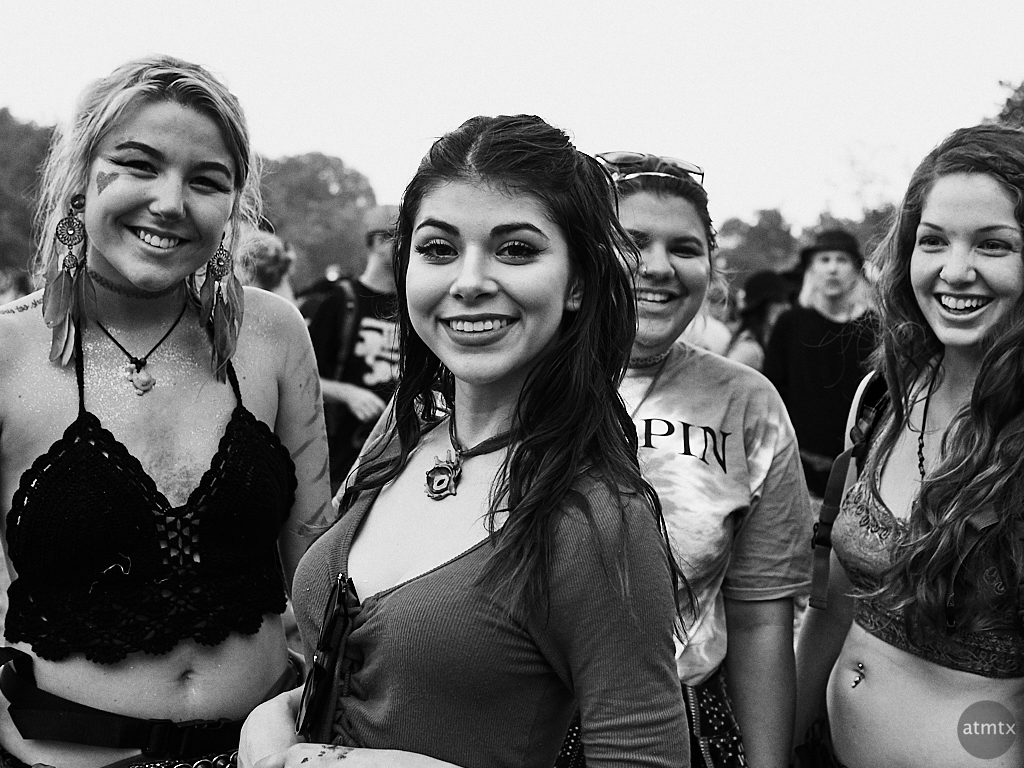 Every so often, people ask me, “Which should I get, the Olympus PEN-F or the OM-D E-M5 Mark II?”. After all, while I own a lot of cameras, from many different brands, I use Olympus cameras most often. Ever since I added the PEN-F to my stable a year ago, I’ve been using the PEN-F / OM-D E-M5 Mark II dual camera combo for most of my outings.

While it’s often advantageous to shoot with two identical cameras, I actually prefer having the PEN-F and E-M5 Mark II combination. Each does things a little differently, which I consider a plus. However, the controls and menus are similar enough not to trip me up. The two compliment each other, quite nicely.

Here’s the simple answer. For most people, I recommend the Olympus OM-D E-M5 Mark II over the PEN-F. On almost every technical dimension, the E-M5 is a better camera. It has a larger electronic viewfinder, a weather-sealed body, separate solid and well designed doors for the battery and SD card. And while the focusing systems are very similar, the E-M5 seems a tad faster and consistent. Maybe it’s specific to my particular PEN-F, but I do on occasion notice a slight hesitation acquiring focus lock.

The E-M5 Mark II is also less expensive. The list price is $100 lower. Sometimes, during sales, the price difference might be even larger.

The one technical advantage of the PEN-F is the 20MP sensor, compared to the 16MP one in the E-M5 Mark II. But, in reality, there’s only a barely noticeable resolution difference between the two. I did discover an advantage to the extra pixels, however. While I rarely crop for composition, I now employ perspective correction for critical architectural photos in post-processing. Correcting perspective effectively crops your photos, reducing resolution. With the PEN-F, even with these corrections, I still create photos with a higher then 16MP pixel count.

Given the technical advantages of the E-M5 Mark II, you might think it’s a simple decision. Case closed. Well, not quite. There are a host of non-technical decisions that play to the PEN-F’s advantages.

There are two killer features of the PEN-F. Its beautiful retro design and the effects dial in the front of the camera. Back when I first reviewed the preproduction PEN-F, I knew these were nice features. What I didn’t realize back then was how much of a game changer these are to my photography. Let me explain.

It’s amazing how many times people are attracted to the beautiful PEN-F design. Often, people at parties or even on the street ask me about the camera. They think it’s a film camera or a Leica. It’s a conversation starter, which can work nicely at get togethers or creating rapport with street photography subjects.

There’s a psychological boost too. The camera is not intimidating like a DSLR and I believe its classic design puts people at ease, even more than the equally sized OM-D E-M5 Mark II.

The dial up front is basically a convenient short cut to JPEG settings. Different types of black and white, color and filter effects are in easy reach of your fingers. There’s a fun, creative aspect to this that’s important. After all, photography is a creative endeavor. Anything that increases creativity and experimentation is a big plus.

Don’t like black and white JPEGs, no problem. I shoot in JPEG + RAW mode all the time. I compose in black and white and have the option to use the JPEG or the full color RAW. Sometimes, I even convert my RAWs to black and white, if I want to get a different look from the standard monochrome JPEG. It works really well.

Go beyond the technical considerations and consider which is more important? Camera specifications or a device that boosts your creativity. I can’t claim that the PEN-F will change the way you shoot, but it sure has for me. I created today’s photo at this year’s Eeyore’s Birthday Party, Austin’s throwback hippie get-together. The PEN-F has both enabled and influenced me to make these kind of photos. Not interested black and white? Well, the PEN-F also has color effects too. Something that I need to explore in the future.

So while I recommend the OM-D E-M5 Mark II for most people, especially for its superior feature set, if I could only have one camera, I would choose the PEN-F.