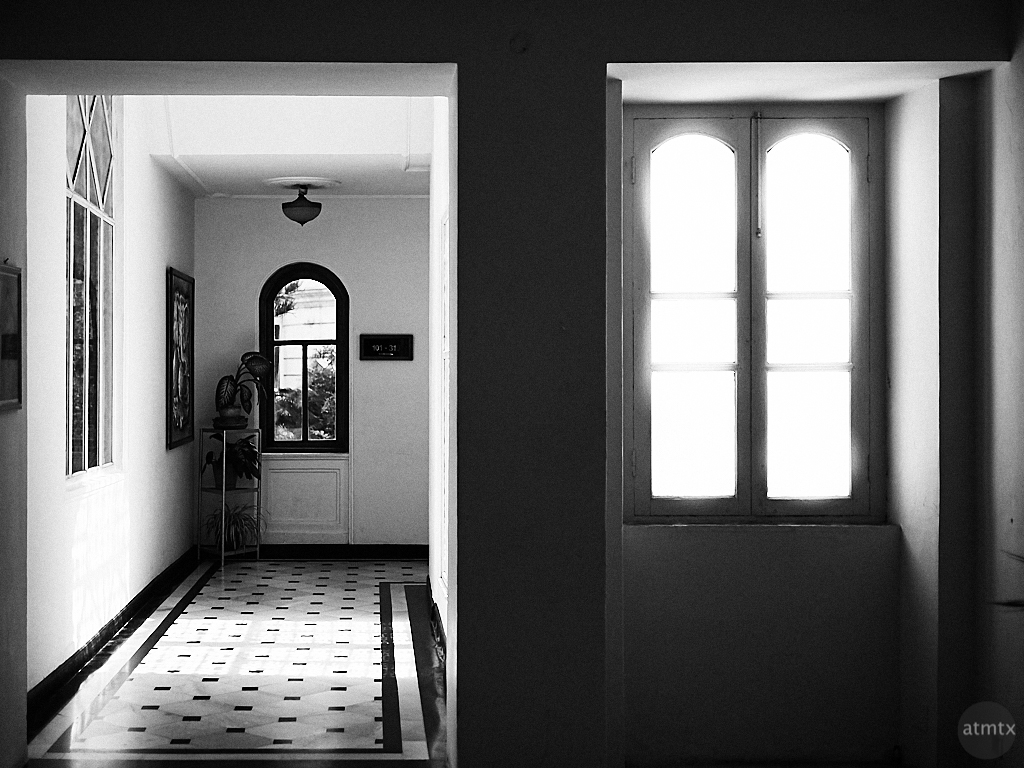 More often than not, I take photos from the gut. I don’t analyze the scene very deeply. If it feels right, I capture the image. It suites the quick shooting style that I’ve developed, which especially helps in street photography. Also, with low barriers to entry, digital works perfectly for this. Since I’m not wasting film, I can make a lot of photos with not much downside (other than an overflowing hard drive and time needed to curate).

That was the case with today’s photo. I saw something I liked and snapped the shutter. Except, in retrospect, I wasn’t entirely sure what I saw. It was basically a throwaway photo, I thought, until I started to work it.

I think creative post-processing has brought out something worthwhile. Perhaps it was something that I originally felt in the image, but was lost until I unlocked it. I applied the low-dynamic range principle I discussed a week ago. The lines need to be precisely aligned, the shadows emphasized, and the textured black and white added simplicity and even character.

I call it an Architectural Still Life, though this may not be an officially recognized term.

4 thoughts on “Light and Shadow”