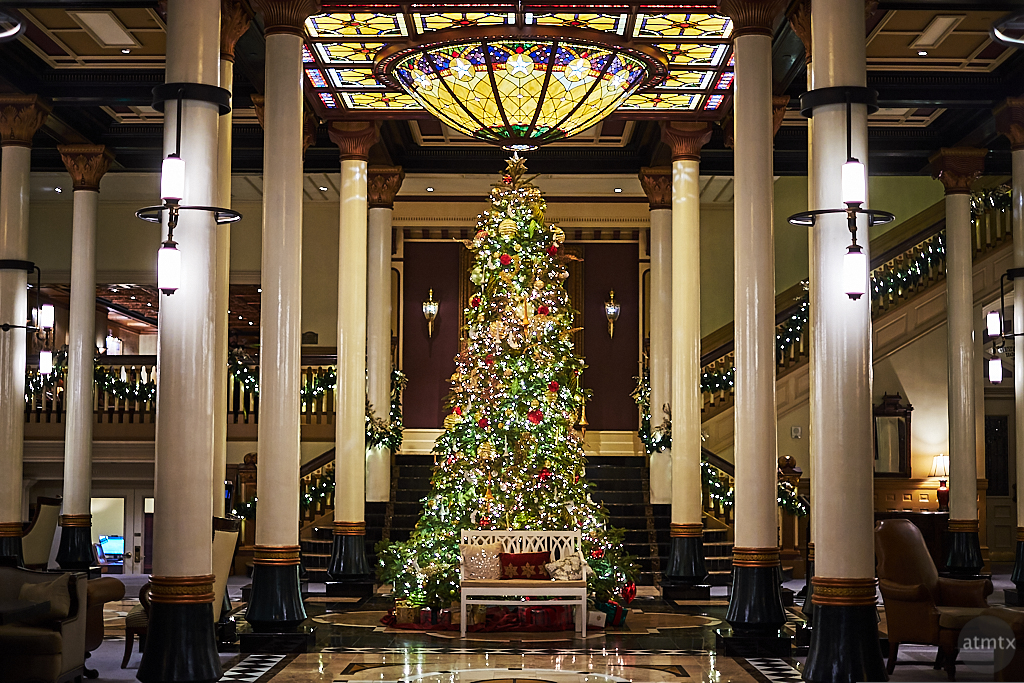 I’ve shot the Driskill Christmas Tree for about a decade, missing a few years here and there. And I’ve used a lot of different cameras too. In years past, I shot them on a tripod. With the brighter lobby, after the renovation several years ago, and the increases in camera technology, I no longer use a tripod. This year, I shot the tree with four different cameras — the Fujifilm XQ1, Olympus XZ-1, iPhone 11, and Fujifilm X-T10. The results were not what I expected.

I asked my wife and two sons to rank the images in order of their preference. 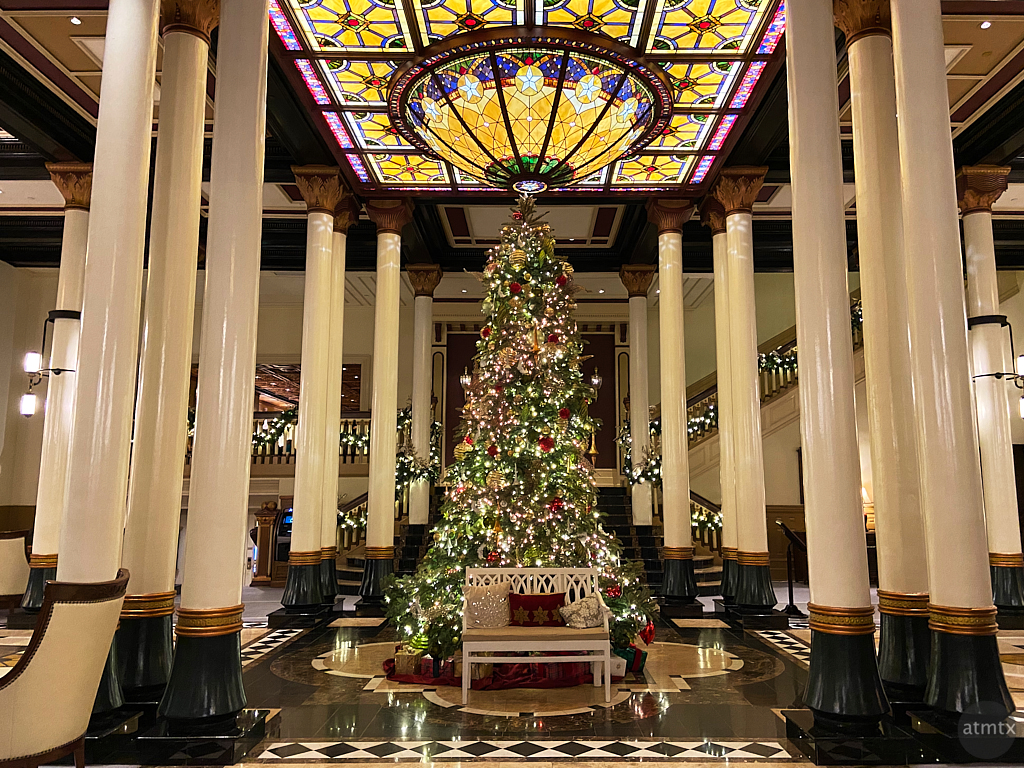 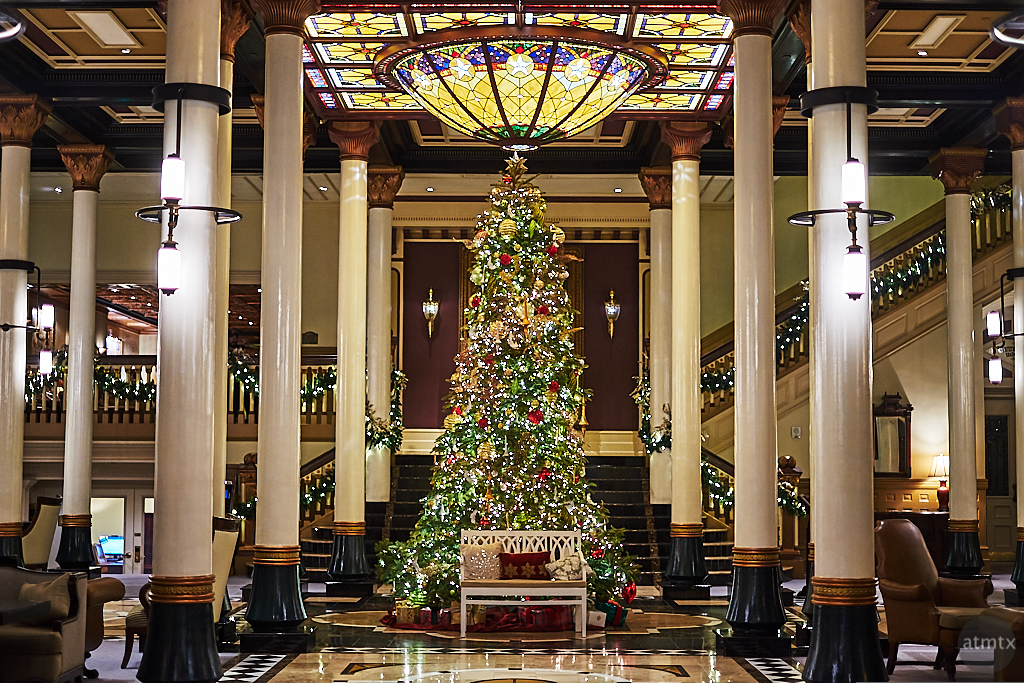 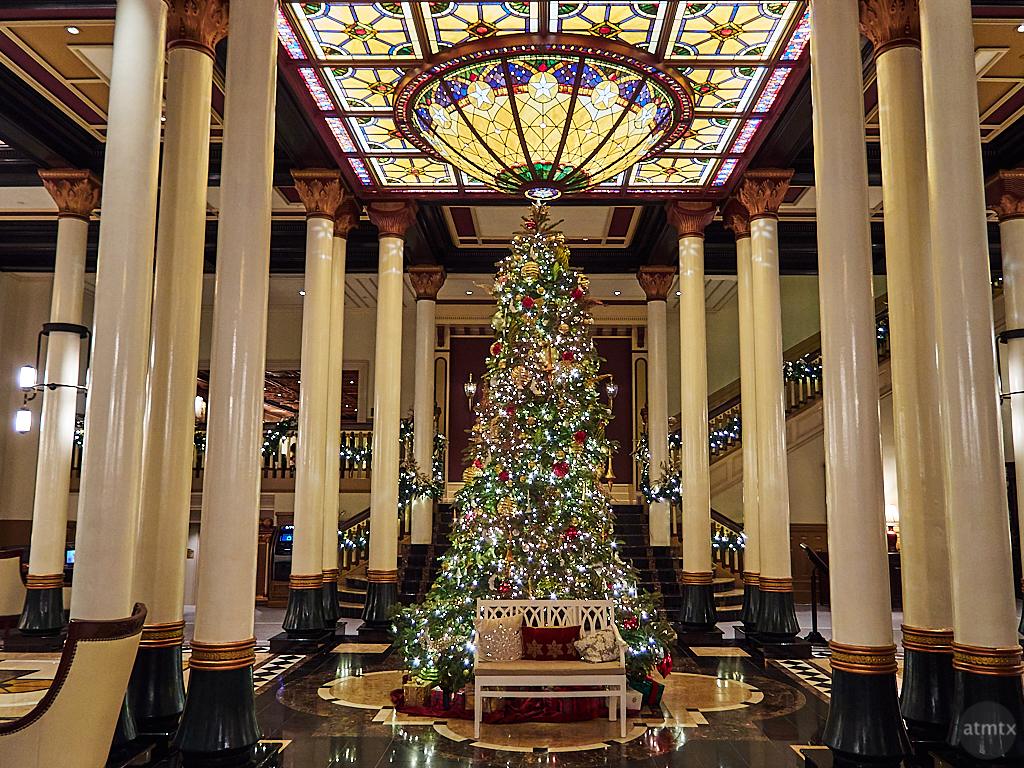 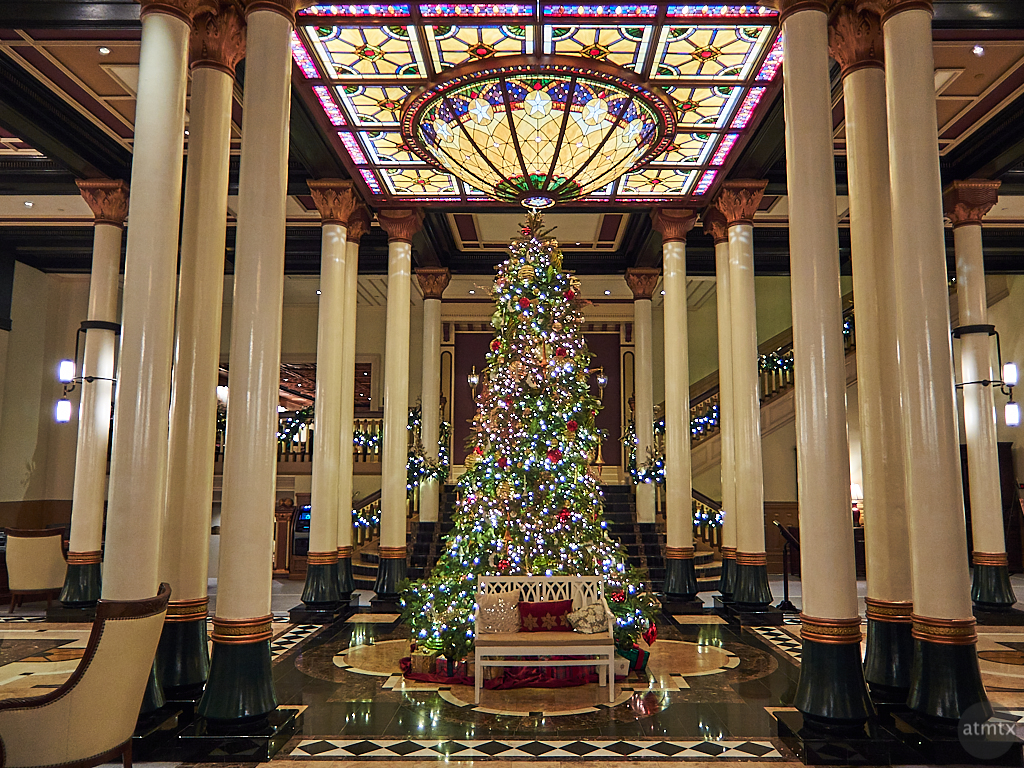 My family got to see the photos in full screen on a 27″ 5K iMac. You can click on each photo to see a larger version.

I was a bit surprised by the voting consistency. You’ll notice that camera 2 has a different perspective and focal length. I think that had a positive effect on the ranking.

What my family didn’t see where the photos before post-processing. The iPhone 11 had the most realistic colors straight out of camera and required the least amount of post-processing. I shot that in JPEG with the standard camera app. I post-processed RAW files for the rest of the 3 cameras. And, most of the colors where terrible. I also underexposed so that I would not blow out any highlights. I made all the cameras match each other as close as possible for color and exposure.

The iPhone 11 was also the easiest to shoot. It had the largest and highest quality LCD display. The Fujifilm X-T10 required the most skill to use, shooting through a viewfinder and without any image stabilization.

I was most disappointed with the color fringing from the Fujifilm XQ1. The camera that surprised me the most was the Olympus XZ-1. It’s the oldest camera, but I think it did well after post-processing.

I think for most people, the iPhone 11 will be the best choice. Though it ranked the lowest, it took the least effort to create the image. Most people don’t have the expertise or the patience to post-process the images to make them look good. I used to say the iPhone photos look best when viewed on the iPhone. However, the Christmas Tree shot with the iPhone 11 looks great, full screen, on a 27″ iMac. I was pleasantly surprised.

It was nice to know that the Fujifilm X-T10 image was ranked the highest. That the most expensive camera, with the largest sensor, actually performed the best. However, I think the perspective via the 50mm equivalent (technically 52.5mm), which better mimics the human eye, had an extra positive influence. My wife commented that she didn’t like the crowded wide-angle effect of all the pillars.

Finally, the very top photo is the Fujifilm X-T10 image post-processed with more drama and mood. The exposure was darkened, a vignette was added, and the glow of the tree was enhanced. While it doesn’t accurately capture the scene, it’s intended to evoke more of the warm Christmas mood.