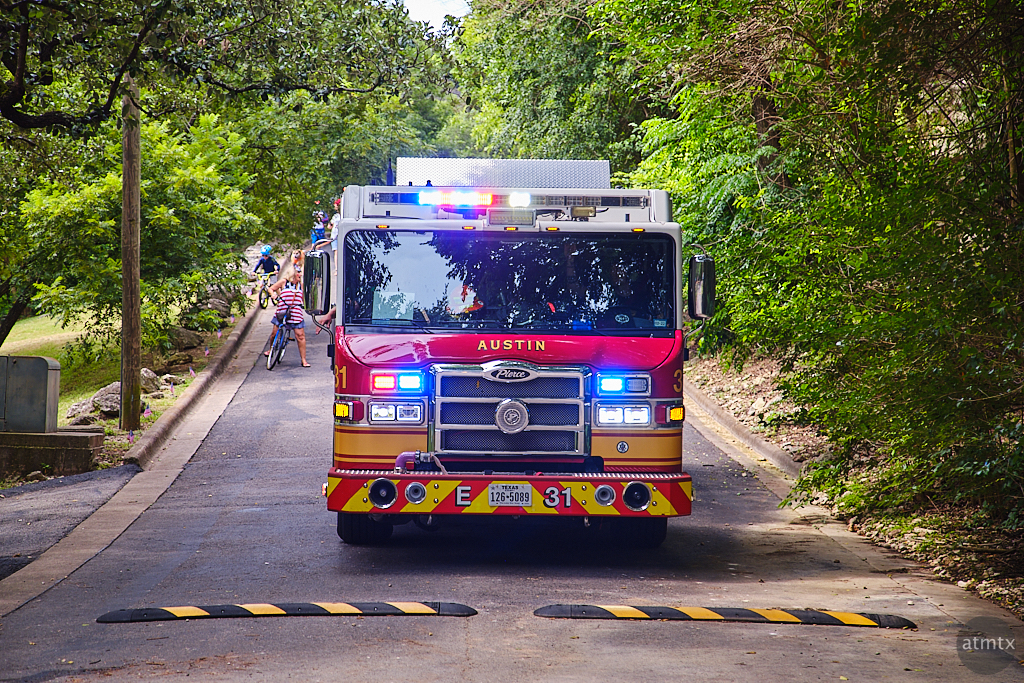 Head of the 4th of July Parade – Austin, Texas

I’m pausing the Los Angeles coverage for just a few days to bring you the 4th of July-related festivities. These events were canceled last year for obvious reasons. It’s great that they are back.

The neighborhood had its 4th of July event a day earlier. Like many parades, a fire truck is at the head. Which is then followed by cars and kids on bicycles. Others stroll slowly behind. I was running around like a maniac to take pictures from the front and the back.

I took a chance and opted for the Fujifilm GFX 50R with the adapted Canon 24-105mm f4L lens. It gives me versatility with high image quality. However, the combination is not very fast. And, there is the risk of the occasional misfocus. It worked out well in the end.

Update: After I made the original post, I finished processing all the images from the parade. There were only a few that weren’t perfectly in focus, which was better than I thought. The GFX – Canon EF lens combo worked well. I also found this photo of the fire truck that I liked more, so I changed the image from the original. That’s something I’ve only done a few times.

2 thoughts on “Head of the Parade”