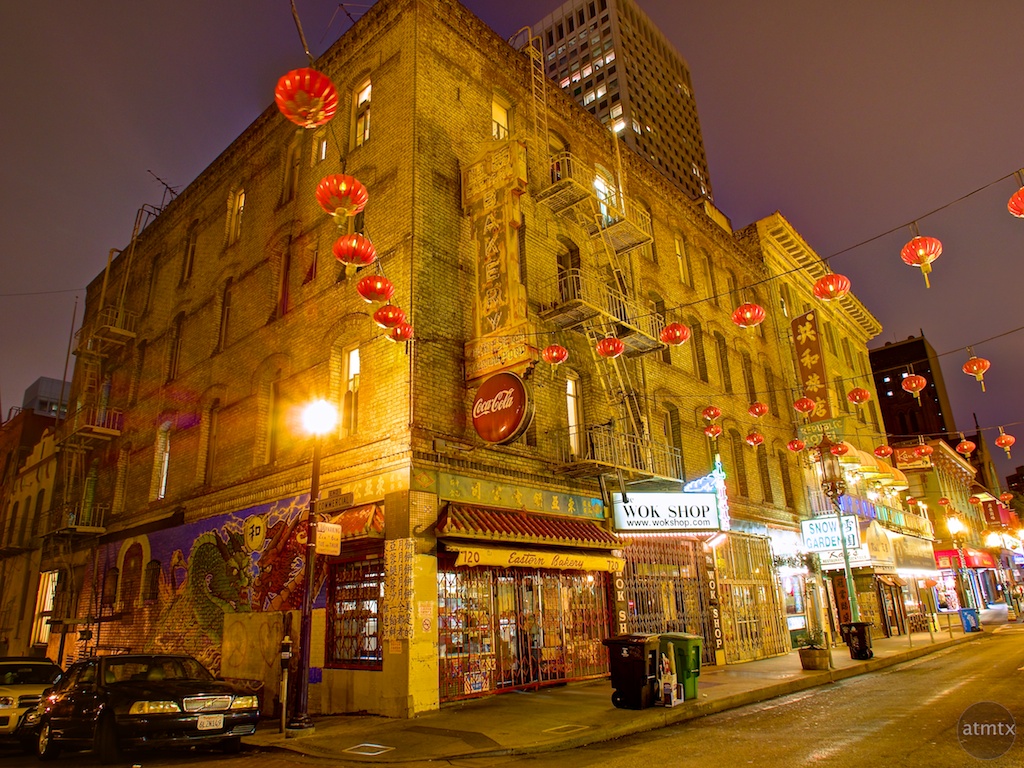 After spending the last couple of days in San Jose, I wanted to bring the blog back to San Francisco. I shot mostly around Market Street during my last trip, doing street photography with the Olympus E-P5. I did make it over to Chinatown though and it had a completely different feel. That’s the fun thing about a big, diverse city like San Francisco. Shift a few miles and you get to a neighborhood that’s totally different.

I got to Chinatown after my late dinner and it was past closing time for most stores. A few places were still open but shutting down rapidly. The place was dark and moody with a collection of odd-looking old buildings. Within this eclectic mix, one structure stood out as my favorite.

Architecturally, it was nothing special — just a simple brick box. But, Oh the details! That worn sign, that detailing, all wrapped in that mysterious yellow light. They all add up to something special. I was in full test mode, shooting exclusively with the borrowed Olympus E-P5 but I also had my other camera. I broke out the tripod. I attached the Olympus E-PM2 with the wide-angle lens. I shot multiple frames at ISO 200 for my HDR post processing. 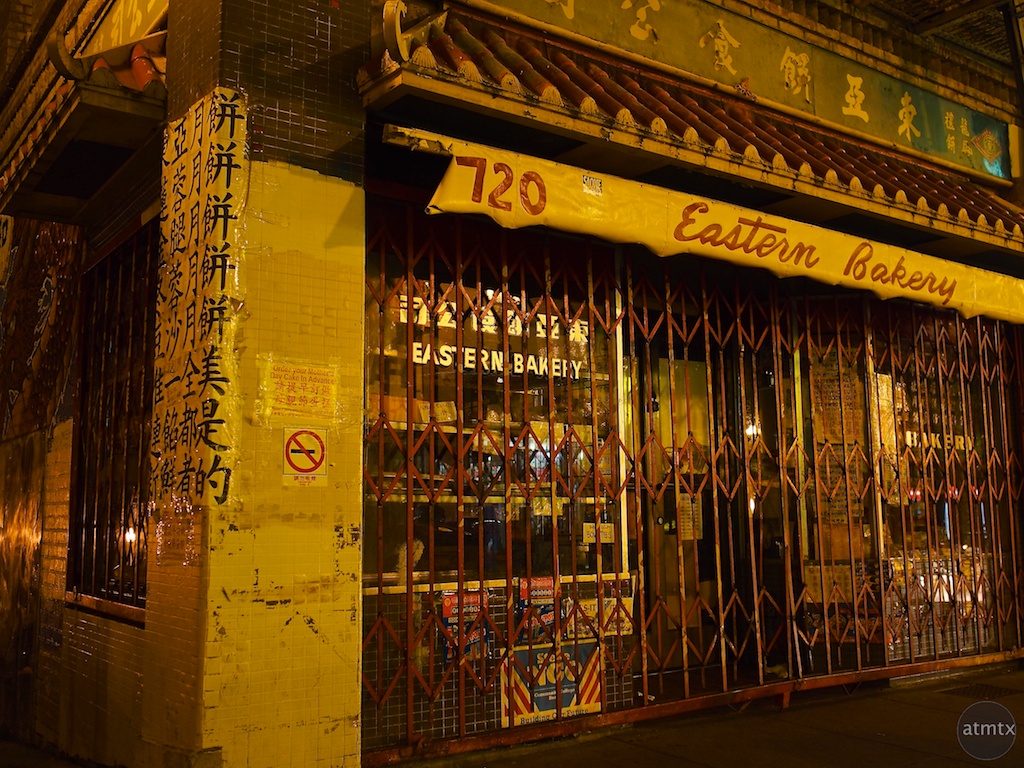 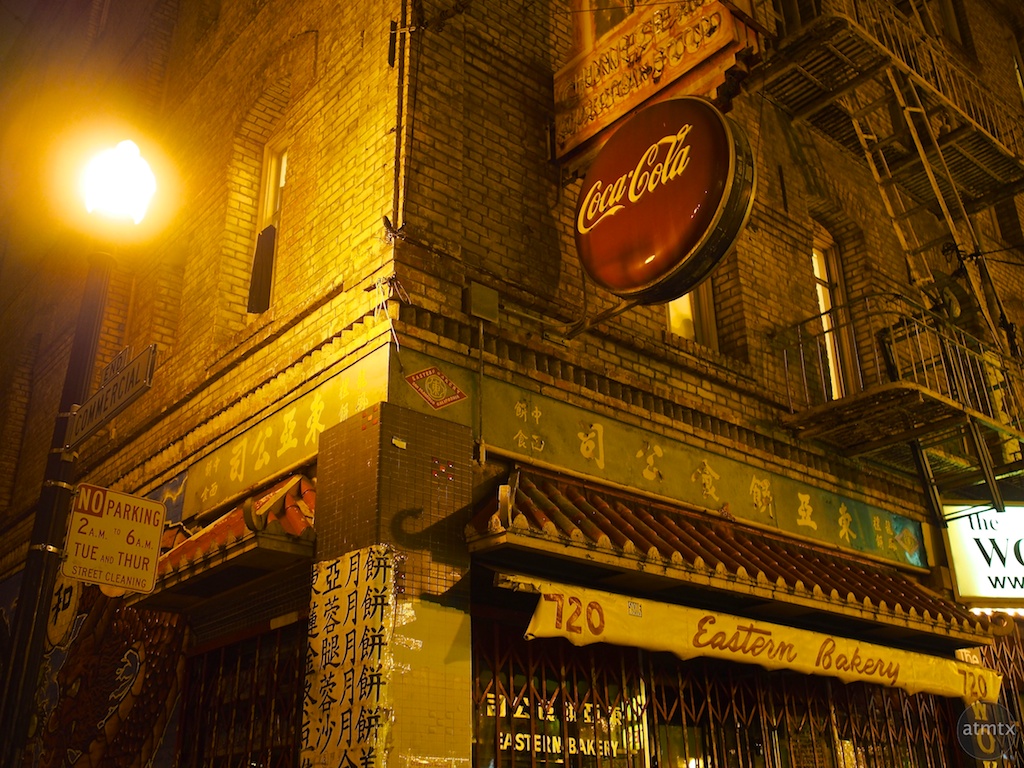 I used the E-P5 too. The 34mm point of view captured sections of the building without context. But added together with the 22mm wide-angle, you get the feel of the building in its environment. I love that Coca-Cola sign and its juxtaposition with the Chinese characters. I think I’m drawn to these places because it is anti suburban. It’s grungy and worn with deep character lines. It’s the complete opposite from the well manicured and soulless burbclaves outside the beltways.

I need to get back to Chinatown. Perhaps earlier so I can include more lively, well-lit scenes. I’ll leave you with a toned black and white. Along with the blur of a passerby, the image turns more street photography like, rather than architectural. This place is an urban photographer’s paradise. A throwback to the past in one of America’s most modern cities combined with a disjointed mix of east and west.

9 thoughts on “My favorite building in San Francisco’s Chinatown”