I wasn’t going to the hot air balloon launch last Saturday. I had no desire to wake up at 5 in the morning. But it was 4:30am when I finished processing and writing about the Leica M camera that I shot on 6th Street the night before. What the heck. I took a quick shower and headed towards Mansfield Dam for the 24th Annual Lake Travis Hot Air Balloon Flight.

I was there, in the same place, 3 years ago — that was my first launch. Its gotten a lot more crowded since then. I was concerned when I saw a line of tripods setup at the perimeter. Were they restricting access because of the crowds? Unlike 3 years ago, I didn’t bring a tripod. I was determined to capture the events, “street photography style” with one camera and lens. You guessed it, with the Fuji X100S. In order to do this, I needed to get in close. I didn’t have the luxury of a telephoto lens.

Luckily, as the preparations proceeded, people freely mingled between the balloonists. The defensive line of tripods was self-imposed. I was breaking through to get into the action.

Do you know how they launch these giant vehicles? After everything is hooked up and the material rolled out, they use a stout fan to blow air into the balloon cavity. They hold the mouth open for easy air access. 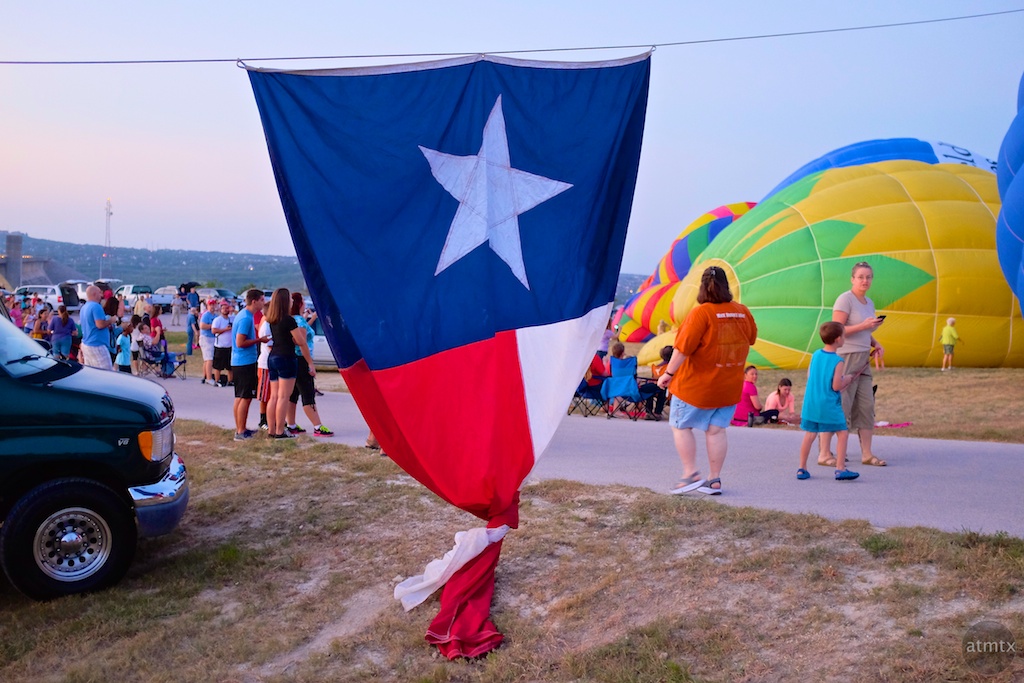 We’re in Texas, after all.

At a certain point, they turn on the gas burners to fill the balloon with hot air. Since the hot air rises, the balloon begins to float upwards. The reclining basket begins to stand erect. Things get exciting, photographically, when the flames come alive.

They started this process near sunrise so it wasn’t very dark. It would’ve been interesting to capture the glow in the dark. 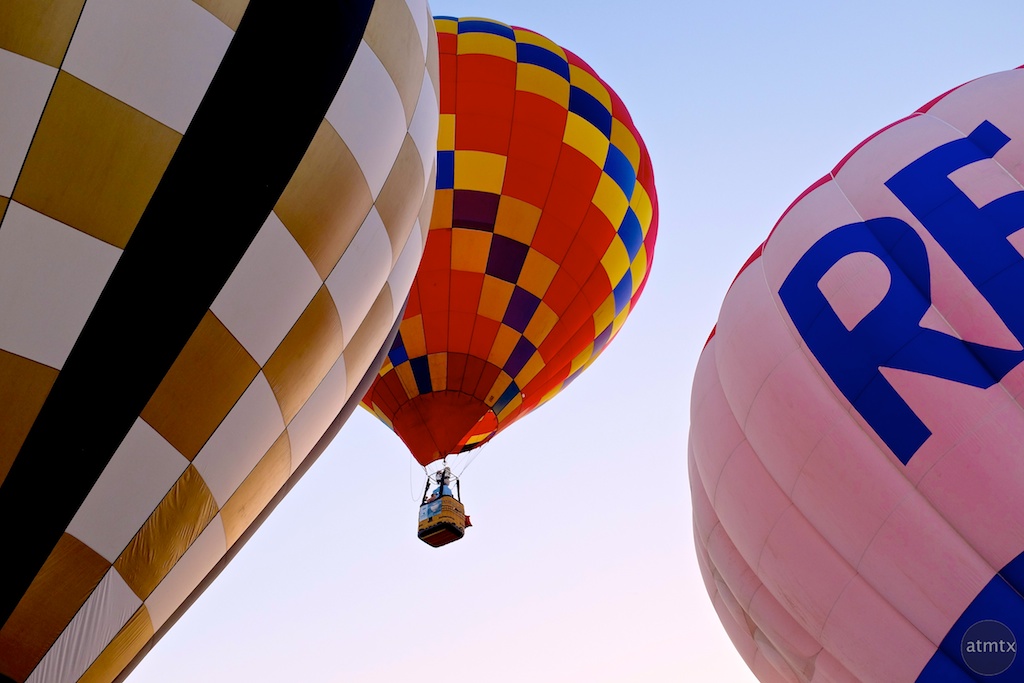 The balloons take off quickly. This multicolored one was up and away, a lot quicker than expected. 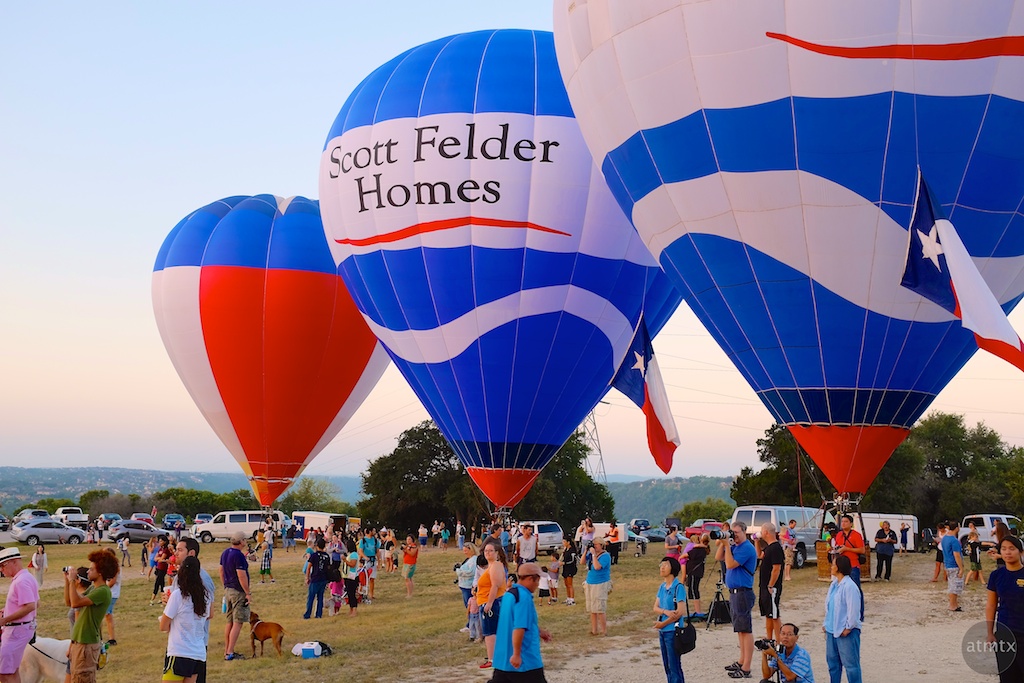 All told there were about a half a dozen that took off that day. A small event compared to the ones in New Mexico but my friend Steven said this one was more accessible. He went to New Mexico to photograph those giant 100+ balloon launchings and he said the traffic was challenging. This small one in Austin was perfect for me. Relatively close to home, I got back by 9am and slept until 1.

From downtown street photography on 6th Street to a balloon launching out in the Hill Country, it was a busy 12 hours of shooting last weekend. Either I’m getting lazier or I’m seeing better but I ended up using one camera and a single 35mm equivalent lens to shoot everything. At least I got to travel light.