Remember Eeyore’s Birthday Party from a month a half ago? Sure, I shot the newest Olympus digital as the primary, but I also brought two other mystery cameras. Film cameras. So today topic? My experiments in analog during that event.

I’ve been playing with film ever since the end of last year. While I haven’t blogged about it much, I’ve continued to shoot analog and with different kinds of cameras. At Eeyore’s, I tried two new things. Instant film and cross processing film. I got mix results and learned some lessons. Film is different and can be more difficult, especially if you are used to the immediate feedback of digital.

Why shoot Instant film? The biggest reason is being able to share tangible, physical images with others. I did that at Eeyore’s and both Jordan and Ash loved it, as you can see in the first image. I shot several, I kept a few and gave them both their own copy. Hopefully, they’ll cherish it as an Eeyore’s momento. Over time these prints turn rigid like laminated paper and its physicality somehow makes it more precious than a digital photo. And, of course, each print is one of a kind.

As a photographer, there’s another reason to shoot instant. It’s challenging. Making exposures in digital is easy. Even standard negative film isn’t bad. But using these primitive, plastic cameras with low dynamic range film is another story. I’m using the Fujifilm Instax 210, which only has the most primitive controls.

Focus is by estimating distance. There is auto-exposure but not aways reliable and the film doesn’t have much latitude. Finally, you have to manually guess parallax, when framing close subjects. Since each shot is “one of a kind”, you won’t be able to post process the image either, before “printing”.

All this makes for an unpredictable experience, which I guess, is part of the fun. And for me, it’s particularly tough. You see, by nature, I tend to be empirical and process oriented. I like to find ways to create high quality, reliable and reproducible results. That seems like the antithesis to the instant photography movement. No doubt, with practice, I’ll get better but this is my attempt to embrace uncertainty. If digital is about precise, easily reproducible results, this is the opposite. 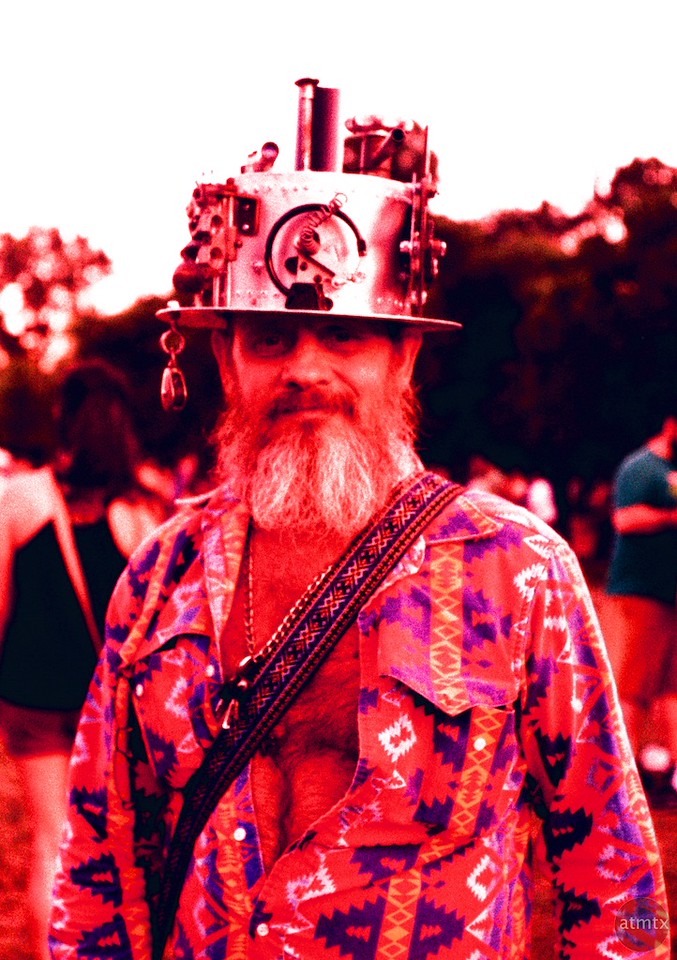 Under the guise of more unpredictable experimentation, I also took my first stab a cross processing film. Today, In color film, there are two popular types of chemistry, one for negatives and one for slides. You “cross process” when you use the “wrong” chemistry for the type of film you have. In my case, I shot Velvia 100 slide film and had it processed in C-41 chemicals, meant for negative film.

The result? You get strange color shifts, increased noise and more contrast. I shot these on a late 1960s Olympus Pen FT half frame camera. It shoots 72 images per roll, and makes perfectly nice pictures when processed with the right chemistry. It’s a great camera to experiment with since I get double the number of exposures per roll. I manually focus and manually meter with this fully mechanical camera. Yup, it’s a completely different world from digital.

Truth be told, I’m not satisfied with the effect I got. Through, I later found out that the cross processing color shift varies quite a bit with the type of film used — Velvia 100 tends to shift towards the reds. I want to play with more greens and blues.

I learn something different from every camera I use, probably because each camera has its own set of limitations. Film has changed the ways I look at a scene. I’m more aware of light levels, dynamic range and distance. All things that I rarely considered when shooting digital.

Of course the sophisticated computers in digital cameras only help with exposure and focus, which are the mechanical parts of photography. Creating a great image, now that’s an entirely different set of concerns.