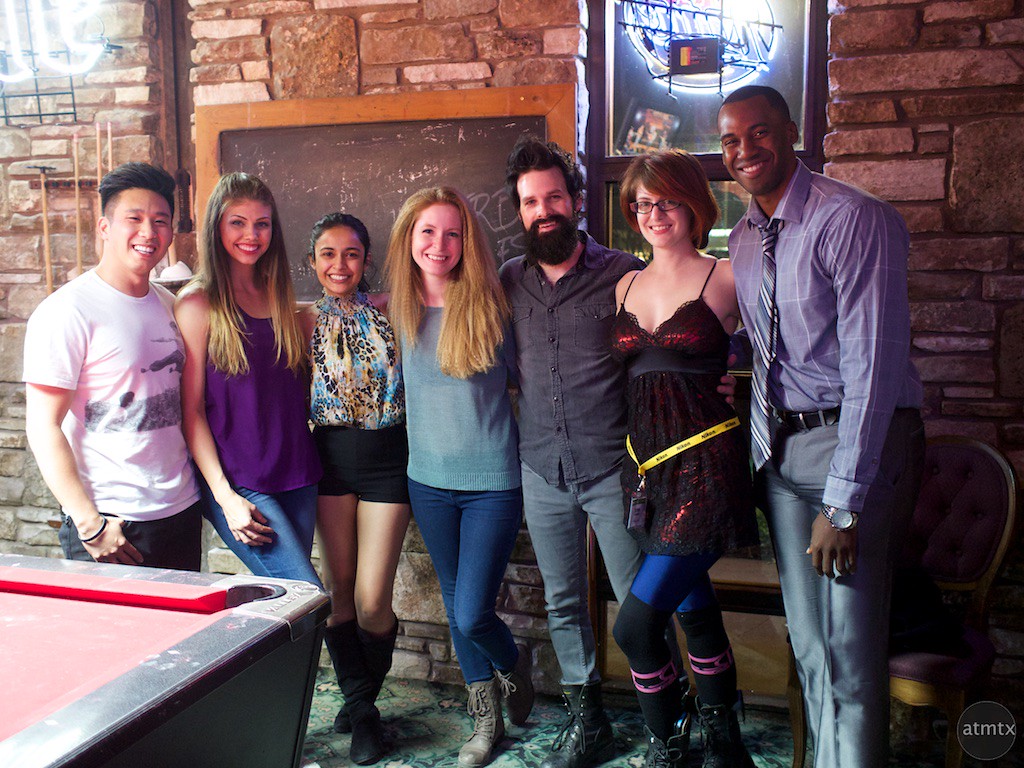 I did a quick, unscientific test and I wanted to share the results with you. This image quality comparison is a followup to my Sony A7s II review. During that one night test at Precision Camera University, I snapped these photos with the Sony and my Olympus. How do they compare? Read on to find out.

First, a few caveats. I shot one photo each with both cameras. This is not going to be a meticulous evaluation, rather, just a quick, real word test of the low-light capabilities of both cameras. I’m quite familiar with the Olympus E-M5 II, it’s currently my most used camera. I wanted to see how the Sony would do under the same conditions.

I stood in the same location and used auto exposure and auto white balance and took these two snap shots. I shot both in Sutter Priority with a +1/3ev exposure compensation. I did not attempt to match exposures rather, I tried to optimize image quality.

The photos above are unedited and came right out of the cameras, as is. As you can see, the Olympus exposed brighter than the Sony. That’s been my experience using both cameras. I’ve noticed that the Sony tends to expose darker and I often dialed in +1/3 to +2/3 exposure compensation. I should have shot the Olympus without any exposure compensation, which would have dropped the ISO to 2000 and slightly improved the picture quality.

The Olympus color is warmer with more yellow and the Sony’s cooler and a bit more flat. That is also consistent with my observations using the Sony. Neither is better than the other color wise, though my personal tastes tend to run to warmer tones.

Next, I post processed both photos to match each other — as closely as possible. I shot the Olympus in RAW and the Sony in RAW + JPEG. However, since I didn’t have a A7s II RAW converter, this analysis was done with the Sony JPEG. Using a JPEG did negatively affect one area, which I point out below. Let’s go pixel peeping. Something that I usually don’t do, but it’s interesting for this test.

Center of the frame

Looking near the center of the frame, you will notice that the Sony is sharper in these 100% magnified images. The Sony has less noise, even when shot at ISO 6400, which I expected, given that it’s known for high ISO performance. I was surprised that the Sony was a lot sharper, however. This goes to show that megapixels is not everything. The Sony, which has a 12MP sensor shows more detail than the 16MP Olympus.

So why is the Sony sharper than the Olympus? There can be a number of reasons, here’s several I thought of.

1. Motion Blur: At 1/30 of a second, there is more chance that the slower Olympus shutter speed will show more blur than the 1/80s Sony shutter. Even with image stabilization (IS), there can still a be small amount of camera movement. Also, IS does not stop the people from moving. The combination of camera and people movement can rob a photograph of critical sharpness. A look at the black board in the background revels closer sharpness results.

Why not shoot the Olympus at a faster shutter speed? In better light, this would be a good option. I purposely slowed down the shutter to reduce the ISO. If I shot the Olympus at 1/80 of a second, the ISO will need to be 1 1/3 stops more sensitive, which would put it at ISO 6400. With the Olympus, I ideally like to stay at ISO 3200 and below, though I do shoot up to 6400, but only when I absolutely have to. This is where the high ISO performance of the Sony shows its advantage. I can shoot at higher shutter speeds, even in darker conditions.

2. Lens Sharpness: Certainly the sharpness of the lens can also be a key reason. Lenses tend to be sharpest 1 to 2 stops from their largest aperture. In this Olympus photo, I shot “wide open”, the largest aperture of f1.8, which is not the sharpest setting on the lens. I also shot the Sony lens wide open at f2.8, however, all things being equal, it’s harder or more expensive to make a sharp, larger aperture lens. In addition, the Sony can simply be an all around sharper lens. It does list for $300 more than the comparable Olympus lens.

3. Improper Focus: It is possible that I didn’t nail the focus exactly. Though, this seems less likely since parts of the image are very sharp.

4. Image Processing: Images are altered by the image processor whether in JPEG or RAW. Noise reduction and other manipulations by the camera might reduce sharpness. In addition, for RAWs, the computer’s RAW converter may also play a role. I used the RAW processor that is built in the Macintosh’s operating system and accessed through Aperture 3 application. RAW converters from Adobe and Capture One, for example, will yield a different look.

Looking on the right side, at Nate’s shirt and tie, the sharpness looks similar, though I still give Sony a slight edge. The bigger issue is the splotchy dark purple patterns you see on Nate’s arm in the Sony image. The post processing to brighten the image created this unwanted effect — a consequence of using a JPEG. If I used a RAW, I’m almost certain that I wouldn’t get these artifacts. RAWs have a lot more dynamic range than JPEGs, which allow for more aggressive post processing without negative effects.

The image sample from the left shows some major sharpness differences. Beyond what was discussed above, I believe much of this due to the lens. Lenses are sharpest in the center and become softer at the edges. This particular copy of the 17mm f1.8, which I borrowed from Olympus, seems to have an issue on the top left. The other corners are a lot sharper. Overall lens sharpness, as well as corner performance, will very by sample. The sample of the Sony FE 35mm f2.8, in comparison, is very sharp throughout the entire field.

The other point worth noting is the over exposure of Jimmy’s white shirt, in the Olympus image. I mentioned that I should have taken this photo with no exposure compensation. Even shot in RAW, I was not able to recover this overexposed area. RAWs (and JPEGs) typically work better brightening shadows instead of recovering highlights. Also, larger sensors usually have more dynamic range. Potentially, an A7s II full frame RAW might be able to recover more detail than from a micro 4/3 RAW.

Now that we analyzed parts of the image, let’s look at the entire photograph. After post processing, I think the color and exposure look remarkably similar and I’ve cropped the Olympus photo to the same 2 by 3 aspect ratio as the Sony. At these small sizes, you might not know that they were taken with two different cameras. 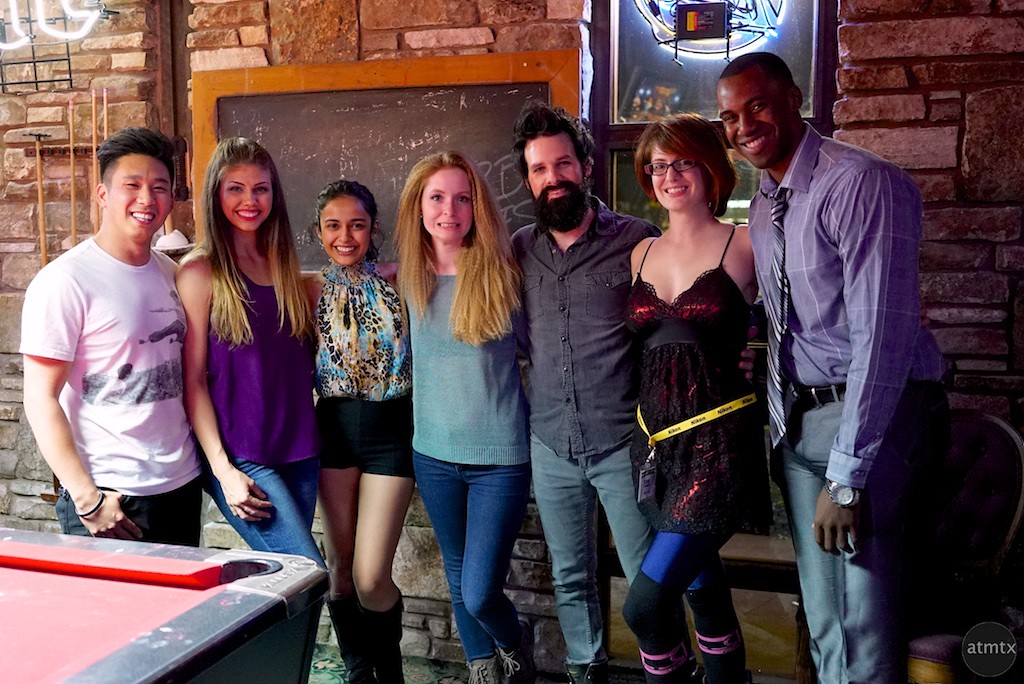 That’s the thing that many people don’t think about. It’s not just the camera, it’s the image output size you need to consider. Do you just post small images to Instagram or slightly larger ones to Facebook? Then the quality of the camera really doesn’t matter very much, especially in good light.

Click on the images to see a larger version. At the larger size, you may begin to appreciate the A7s II’s sharper image. Do you print your photographs? How large? Even a 13 x 19 inch print might not show significant differences.

Pixel Peeping like this can be fun or an obsession for some. But does it truly matter? Compelling content trumps all technical considerations. And when considering technical factors, I think color and exposure are more important than sharpness and noise. That said, in this test, there is no question that the Sony A7s II created a sharper image than the Olympus OM-D E-M5 Mark II. I’m very impressed. Yes, it’s “only” 12MP but it’s a very sharp and detailed 12MP.

Finally, how much post processing do you plan or want to do? It took a bit of fiddling to get the colors to match this closely. I prefer the out of camera Olympus colors and exposure. Though, I fully admit that this is a very personal choice. Even if you shoot in RAW and have the ability to post process, it’s always nicer to have the default color and exposure match your preferences.

There is no question that I’m seduced by the possibility of shooting effortlessly in low light. That’s where I like to play. The Sony A7s II raises the headroom of what’s possible. Over the years, with the improvements in micro 4/3 and using various techniques, I’ve been able to shoot it lower light conditions. But, of course, it comes with a price. I balance the limitations. And the tradeoffs I make change based on the conditions. What I create usually works but the A7s II has shown me, with less effort, I can create a superior image. Sure, it requires some additional post processing, but that’s something that I don’t mind doing.

The Sony comes with a price too. The camera and two lens set (FE 28mm f2 and FE 35mm f2.8) run over $4000. The camera also is heavier and larger than the Olympus. Plus, while certainly a well built camera, it lacks the refinement that I find in the E-M5 Mark II. Read my Sony A7s II review, for more details.

Photography shouldn’t be about ultimate image quality or pixel peeping. I, like everyone else, need to answer the question, “What is my target output?” Historically, I’ve judged output, at full size, on my Apple 27” Thunderbolt display. On that computer monitor, the A7s II looks slightly better but not enough to justify paying $4000+. The calculus can certainly change in the future. A breakthrough technology or a massive price cut will, no doubt, spin my analysis wheels again.

How about you? What is your target output? Would a full frame low-light camera truly make a difference in your work and creativity?