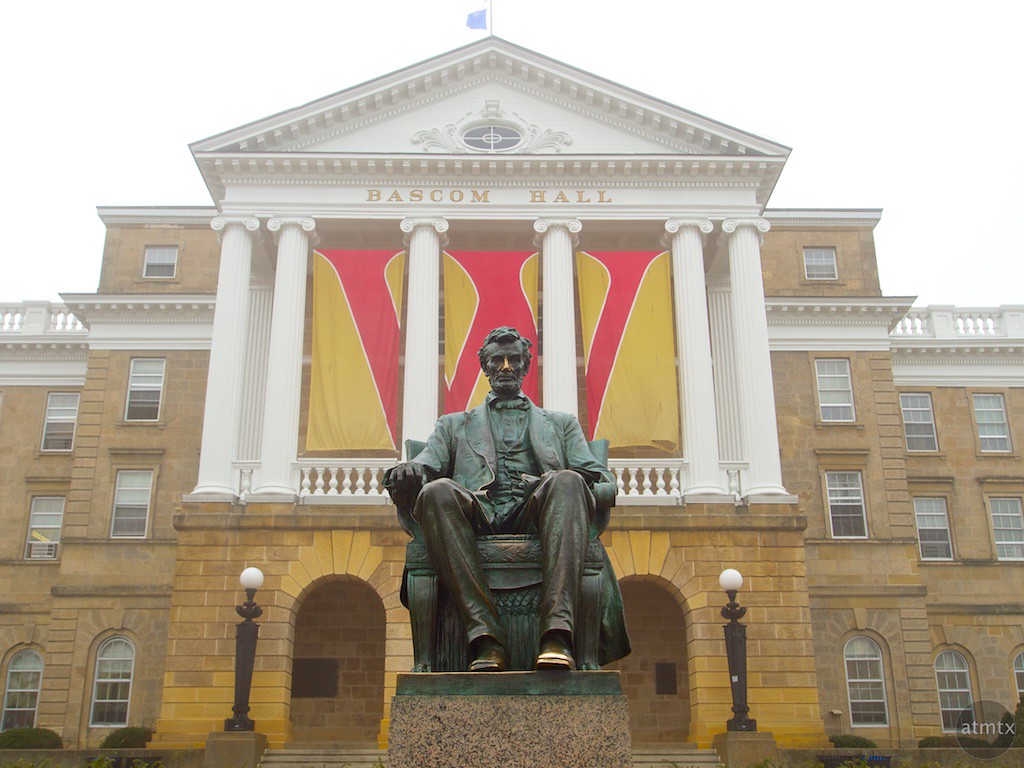 When we took a trip up north recently, during winter break, it was to look at college campuses. We went to Madison to see the University of Wisconsin and in Chicago we visited the University of Chicago and Northwestern University. It was instructive to see them within days of each other — each were unique and had different perspectives.

Up top is Bascom Hall with Abe Lincoln proudly overlooking the hill in the heart of the University of Wisconsin at Madison. UW is a top-notch state school with a nice, clean and organized campus which integrates well with the City of Madison and is located between two substantial lakes. It looks like a great place to live, though it can get brutally cold in the winter.

The school gave a comprehensive presentation which answered all my questions — it was my favorite out of the three. The new student union is beautiful and the facilities looked well equipped. My boys and I came away liking the school and the city as well. There’s enough buildings that it felt like a city but it also had a friendly, small town feel. I think the proximity of the campus to the downtown is a real plus. 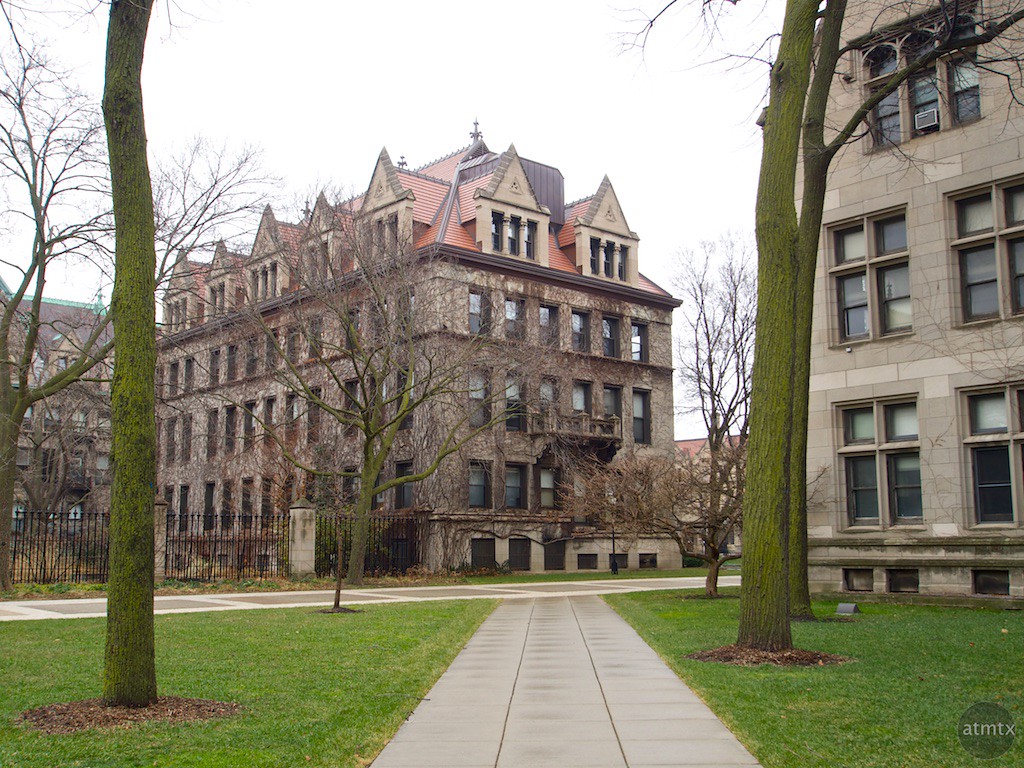 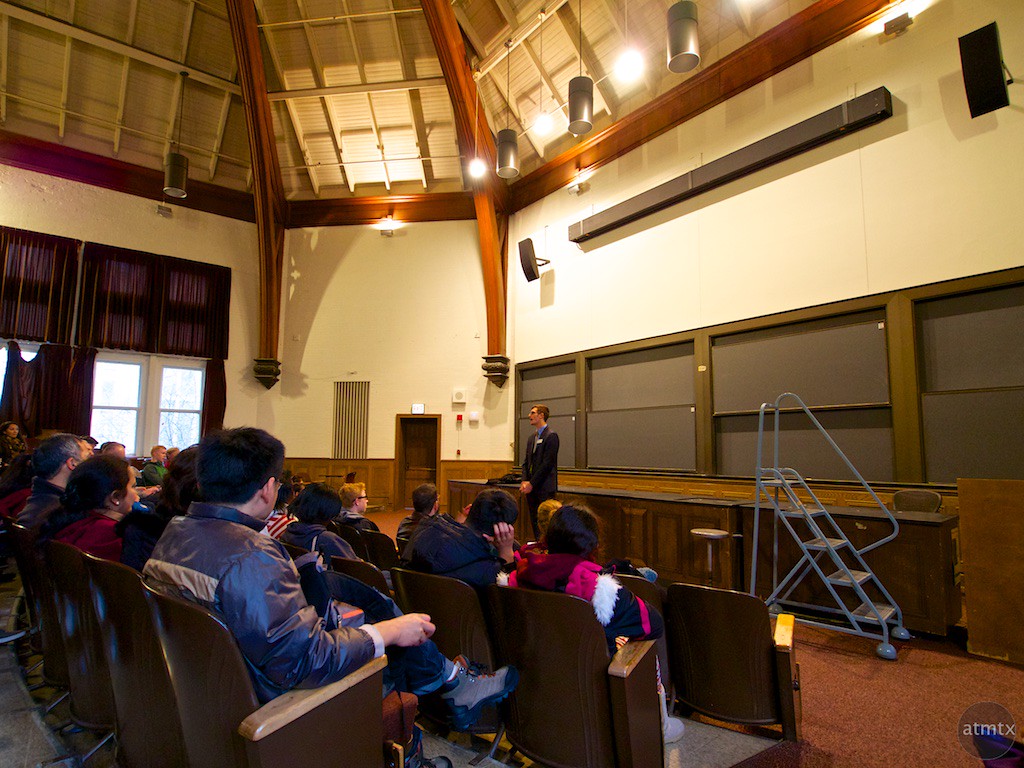 Located south of downtown, University of Chicago had the most impressive campus, architecturally. The central square had a real old world feel, kind of what you’d expect from Oxford or Cambridge in England or the Ivy League universities on the east coast. Unfortunately, the neighborhood is not that great. The immediate area, Hyde Park, is residential and decent enough but it’s surrounded by less desirable areas. It had the feeling of an oasis in the middle of a tough neighborhood.

Presentation wise, it was the most disorganized. We met in a relatively small admissions office and then were taken to an impressive but old Chemistry lecture hall. There the presenter talked about the school in a sometimes hard to hear manner. There were no audio / visual aids and the presenter couldn’t answer a basic question like, “How much does the school cost?”. Perhaps if you have to ask, you don’t belong there?

It seemed like the school wasn’t trying too hard to entice students. And it probably didn’t have to either. The school has a fine reputation and with less than a 10% acceptance rate, they probably attract all the great students they need. Overall, I found them stodgy and it seemed like they took themselves too seriously. The tour guide, however, was very passionate and clearly loved the school. 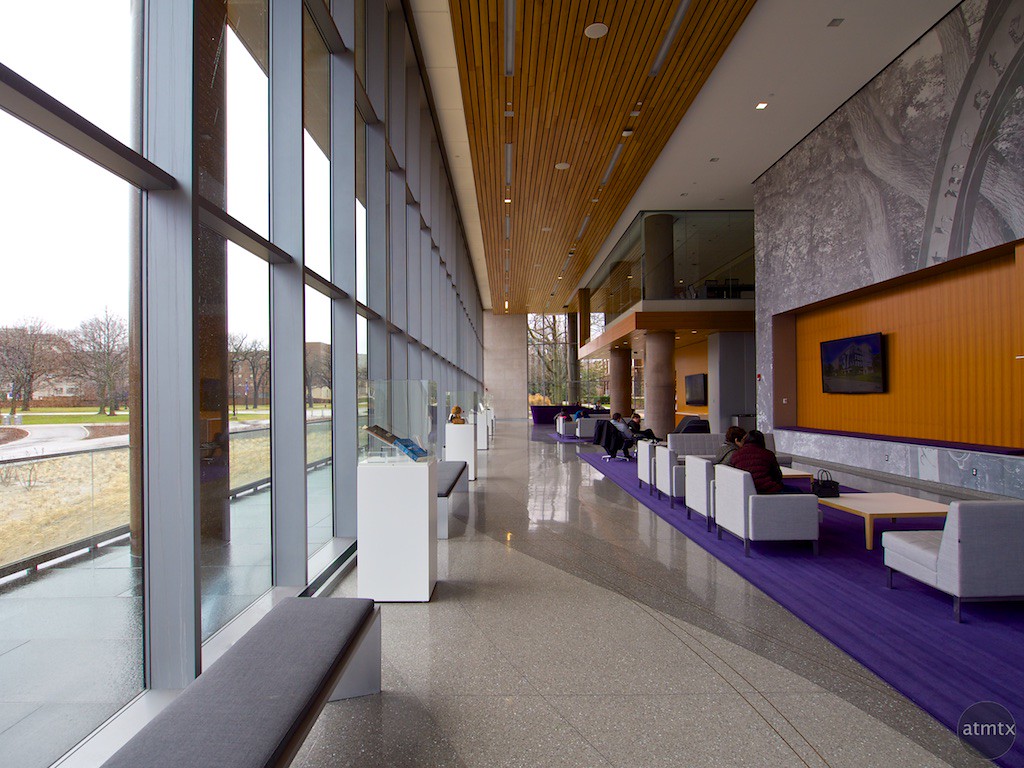 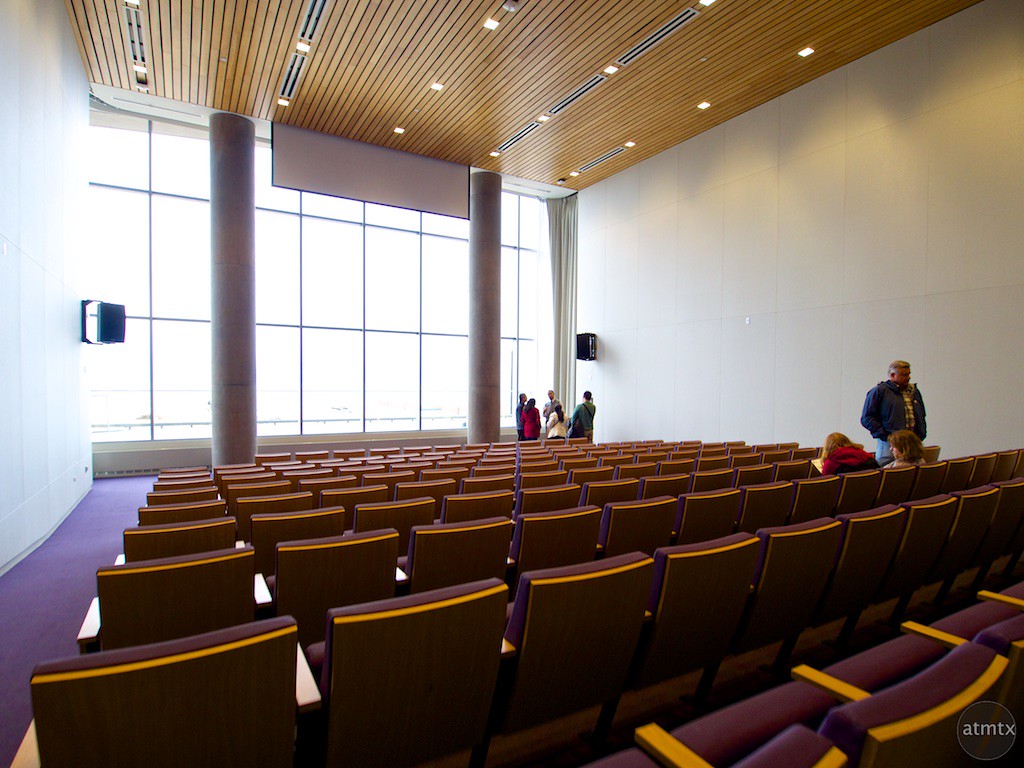 Located just north of Chicago in the City of Evanston, Northwestern is located on the shores of Lake Michigan. They’re older than UChicago but they seem to lack a large number of old buildings with gravitas. They did have architecturally dynamic, modern buildings, however. The visitors center was particularly nice with both the waiting area and presentation room facing the lake.

The presentation was complete and well done with the expected Powerpoint slides. I think the UW Madison presentation was the best, but Northwestern did a good job of conveying their strengths. Academically, Northwestern is on par with UChicago, though in some rankings, UChicago is a bit more selective.

What I found interesting is how different the two Chicago schools were from each other. While UChicago seems to stress tradition with an old world feel, Northwestern felt young and perhaps even hip. Marketing wise, Northwestern was significantly more impressive than their academic competition to the south.

Out of the three, my son likes UW Madison the most. And while this excellent state school is not ranked quite at the same level as the two private schools in Chicago, they seem to offer a well-rounded university experience. University of Wisconsin’s proximity to Madison is what my son and I particularly like.

The jury is still out. My son is still a junior so he still has time to look around.

7 thoughts on “Three campuses, three presentations and my university impressions”