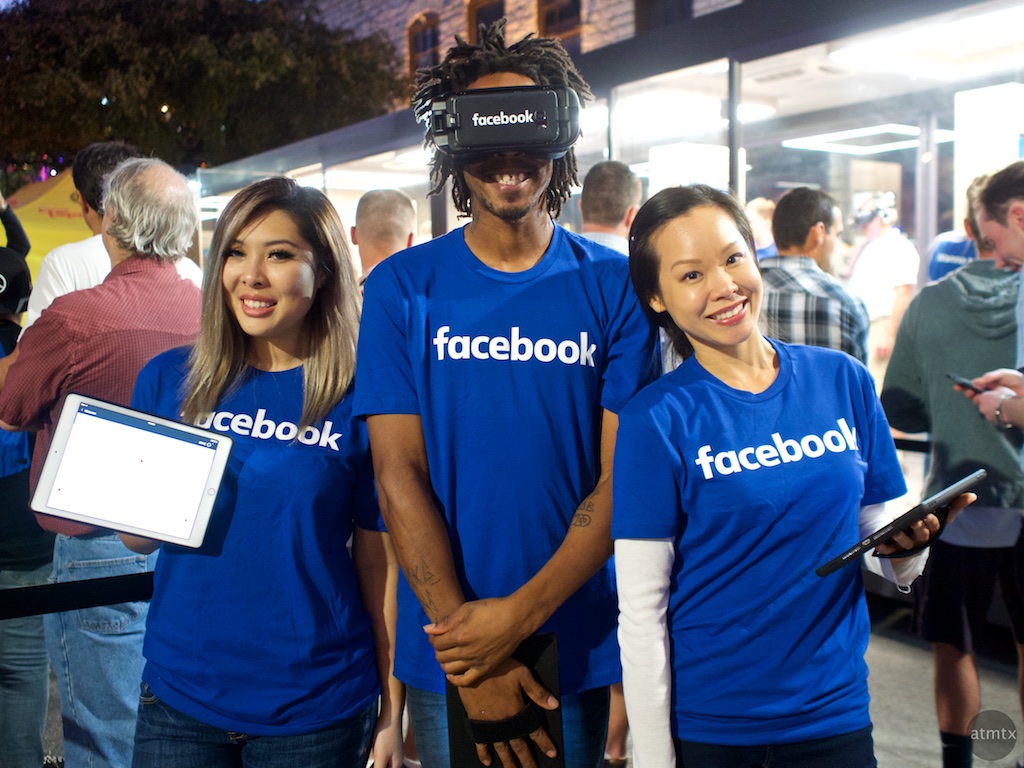 It’s Formula One weekend again in Austin and the Fan Fest, the portion that takes place downtown, continues to shrink. I noticed the downscaling last year. This year, it stretched a mere two blocks along East 6th Street. Gone are the race oriented booths with the big tents. Also gone are the stages and the free music performances. Facebook was there, though, for the first time, and it was the best thing.

Facebook bought the Virtual Reality (VR) company, Oculus, 2 years ago and they were demoing the smaller Gear VR setup. It’s something I would expect to see at SXSW Interactive and not at a race oriented F1 event. While the booth had nothing to do with auto racing, it was the freshest thing there. I asked Holly, Kareem and Gloria for a portrait. Behind them, you can see the glowing glass box that enthusiastically transports you to the precursor of The Matrix.

I waited in a short line to experience the virtual world. The hardware utilizes a smartphone for the visuals and headphones for the audio. The two-minute demo was well done and gave an inkling of what the future may bring. The resolution still needs to be increased, to complete the illusion, but there is a sense of isolation that’s different from any other experience — you do lose yourself in another world. Much of its success will depend on how compelling the story can be made, and how well it takes advantage of this new genre.

One thought on “Facebook Folks and a Peek at VR”