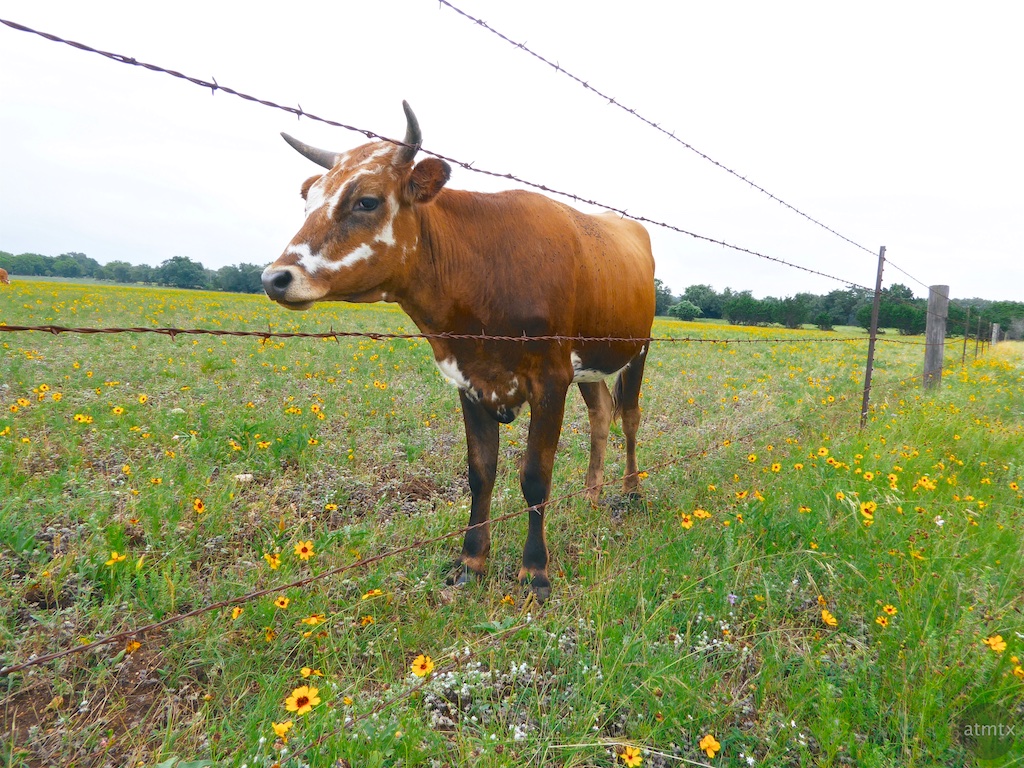 When I lived in the East Coast, I thought all of Texas, including Austin, was a flat desert with tumble weeds, tall cactus and filled with cattle. No so, as I discovered on my two trips before I moved here. Austin actually has a lot of trees, greenery, hills and rivers. The scene I imagined, as an ignorant Yankee, was more like West Texas. But even in the very west, Texas does not have tall cactus. The Saguaro, it turns out, is native to Arizona, in the Sonoran Desert. In Texas we have more a more modest variety called Prickly Pear.

I also expected to see cattle all over. But alas, that’s not true either. Driving around Austin, you rarely see any farm animals. It’s not until you go out to the country that you see a few of them. There are no big cattle farms around here, that I’m aware of. I hear landowners keep a few animals to get agricultural exceptions for reducing taxes.

I found this guy out in Dripping Springs, Texas, in the heart of the Hill Country, southwest of Austin. I was out there for a lacrosse game and the field next door had a few cattle, including this fine specimen. It’s actually unclear if this animal is a male or female, apparently both can have horns. It’s probably not a bull, because it doesn’t have broad shoulders. I’m assuming the animal is a steer, which is a castrated male. But what do I know. I grew up in New York City and have never ridden a horse before. I’m not what you call, a country person.

Shot at a 24mm equivalent focal length and part of my Photo Sketchbook Collection.

4 thoughts on “Texas is not Full of Cattle”