One of the great things about getting out and shooting the town is the serendipitous events that seem to happen in a growing and vibrant city.

Just over a week ago, I was downtown, documenting the extraordinary changes that Austin is experiencing. I photographed the newly developing skyscrapers on the west side which I posted in a photo essay. At the just completed Seaholm redevelopment, I ran into Andrea and Brendon.

Andrea was doing impressive contortions on the concrete in front of the newly renovated, former power plant. Brendon was documenting her exacting yoga moves. Curious, I stopped to observe.

I found the juxtaposition of yoga and urban architecture, interesting. I asked if I could join in, which turned into an impromptu photoshoot. Brendon is more than a photographer. He too has the yoga moves and together they made a compelling pair to shoot.

What I didn’t mention previously is that, in addition to documenting downtown, I was also testing a new camera and lens. I had my new, all-purpose Olympus 14-150mm lens attached to Olympus OM-D E-M5 Mark II and, on my new Olympus PEN-F, I had my favorite Olympus 17mm f1.8. As part of the photoshoot, I had both cameras around my neck and I switch between them actively, as both yoga masters went through their poses.

The 14-150mm zoom certainly made it easy, though I didn’t use much of the zoom range. I still tend to shoot wide, but I’m starting to venture more in the 50mm equivalent range. Here, at the side of the former power plant, I wanted to include the architecture of the surrounding buildings.

The shadows were long and potentially distracting so we moved to the interior courtyard, behind the power plant. 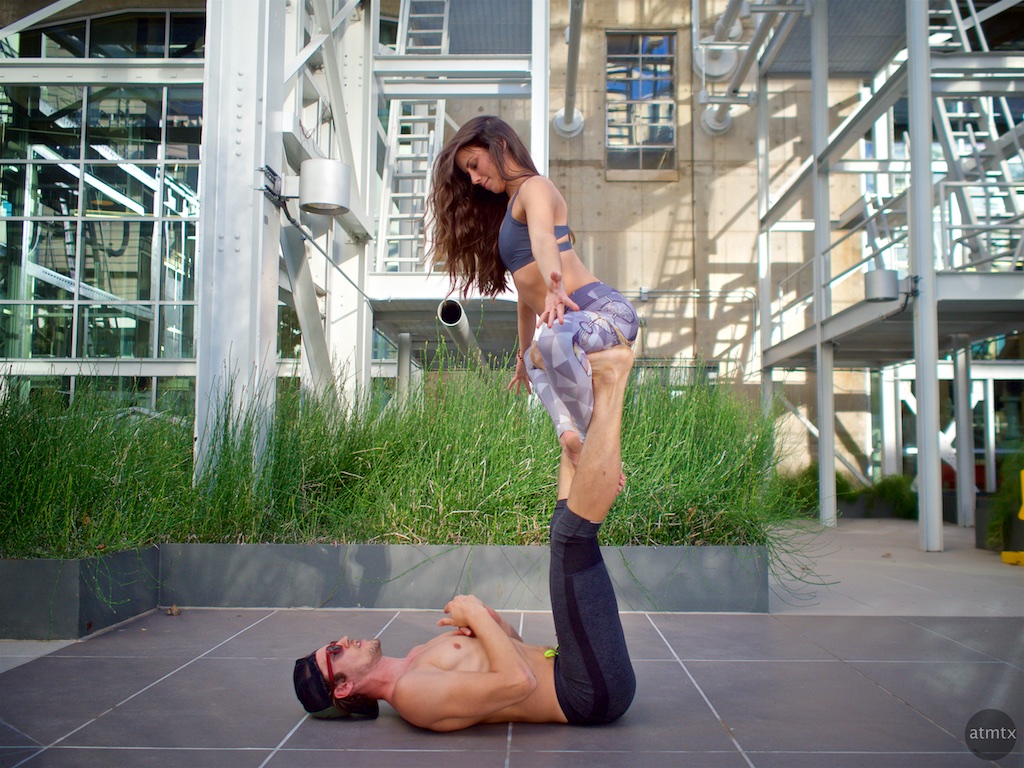 The open shade of the courtyard gave us even lighting, though with the downside of flatter light. The industrial, white metal structures, left over from the power station days, made for a neat background. But, I wanted to tame them somewhat with a larger aperture. The 14-150 is a versatile lens, but the f4-5.6 maximum aperture is not well suited for blurring backgrounds. I switched primarily to the Olympus 17mm f1.8 on the PEN-F, which gave me the option of shallow depth of field.

The 17mm, though, is not an ideal portrait lens. I wish I had my 75mm f1.8 lens with me that day — that would’ve been interesting. It requires a lot of working distance, which was no problem in this roomy courtyard.

The 34mm equivalent focal length can still work for environmental portraits and I’m happy with they way this came out. I used the PEN-F’s build-in vivid chrome setting for this photo, to get a deeper than usual saturation. I think it has a more film-like feel. 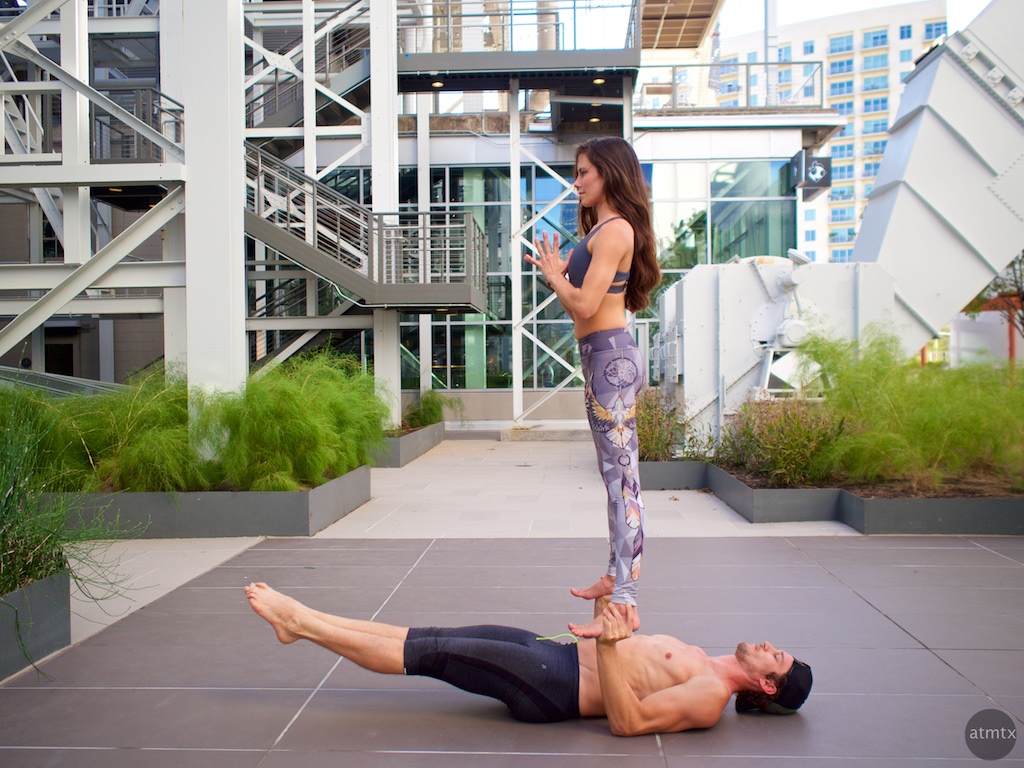 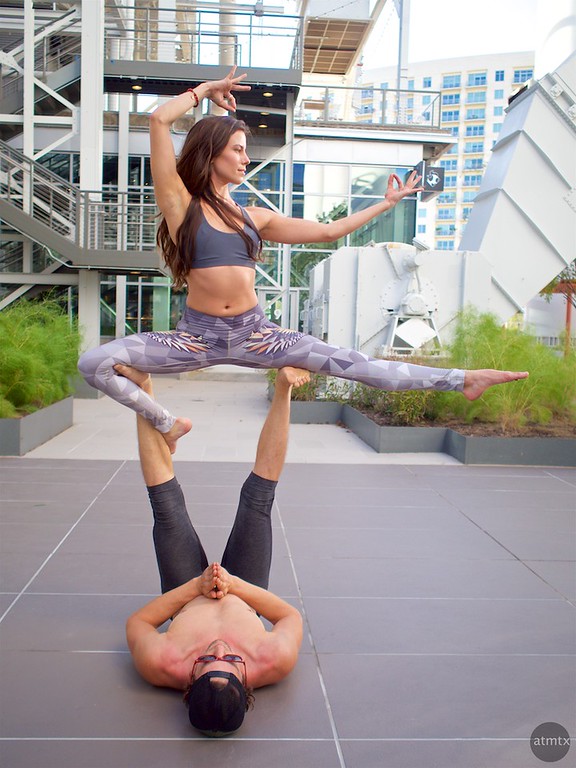 I shot these last three photos with the 17mm, all at f1.8. Some have shallower depth of field, because I was closer to the subject. I prefer more background blur. But that would make it tricky to get both Andrea and Brendon in focus, requiring precise calculations or more experimentation.

As you know, I really love the micro 4/3 format, but the smaller sensor does increase the depth of field. This can be somewhat offset with the right lens, many of which I own. Given that this was an unplanned photoshoot, and I used whatever I had at hand. I think it worked well.

I wonder, however, what it would been like with the ideal Olympus lenses, carefully selected for a fully planned shoot. Candidate lenses might include the 25mm f1.4, 45mm f1.8 or the 75mm f1.8. Or perhaps my Canon 6D with the 70-200 f4 or 85mm f1.8 might work better, at least for flexibility and maximizing shallow depth field. I do know that I would have more fun with the Olympus and the sharp and dreamy Olympus 75mm f1.8 worked exceptionally well on my previous Impromptu Photoshoot with Elena.