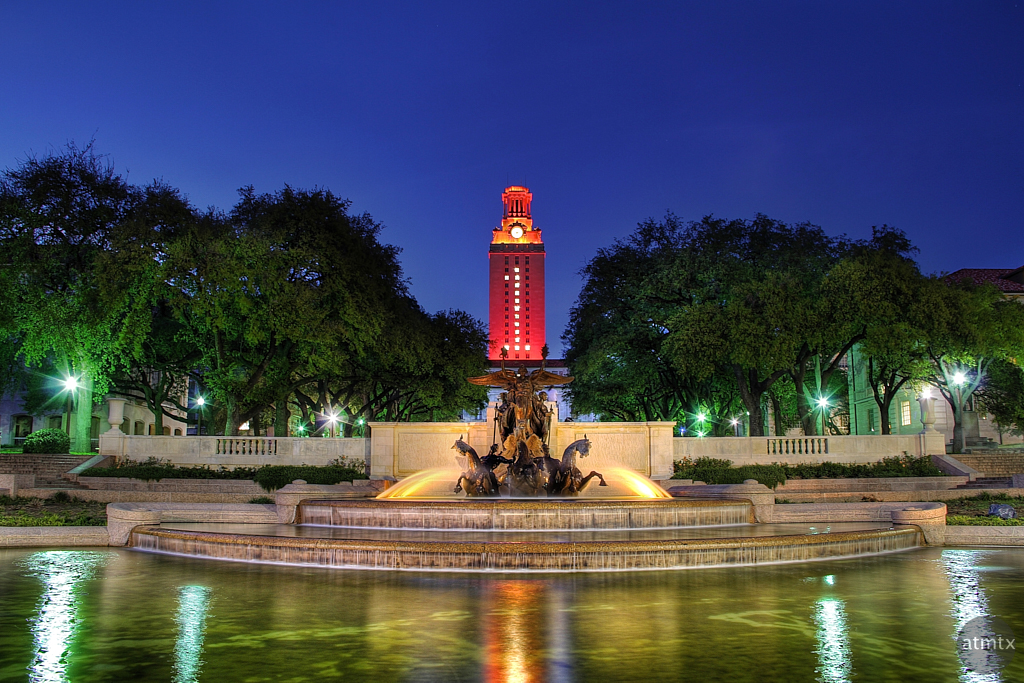 When I posted the red and blue photograph yesterday, I had no intention of starting a red and blue mini-series, sort of like the blue series I did a few days ago. But, quite by accident, someone on Facebook contacted me about this old photo, which I posted on Flickr 7 years ago. That got me thinking.

It’s not common when the University of Texas Tower is decked out in burnt orange with the Number 1. The University does this when a team wins a national championship. I took this in March 2010, just after the Texas Swimming and Diving Team won the NCAA title. Previous to that, it was lit 5 years before, when the Texas Football team won the National Championships at the Rose Bowl. More recently, however, it looks like the University has won a championship for the last several years.

I shot this as a HDR, on tripod, with the then new Canon 7D. That camera was my first new and serious prosumer camera. I started with the Canon Rebel XT and had supplemented with a used 20D. I was still into DSLRs back then and I remember carrying around that big camera, lenses and tripod, everywhere.

2 thoughts on “Number One”