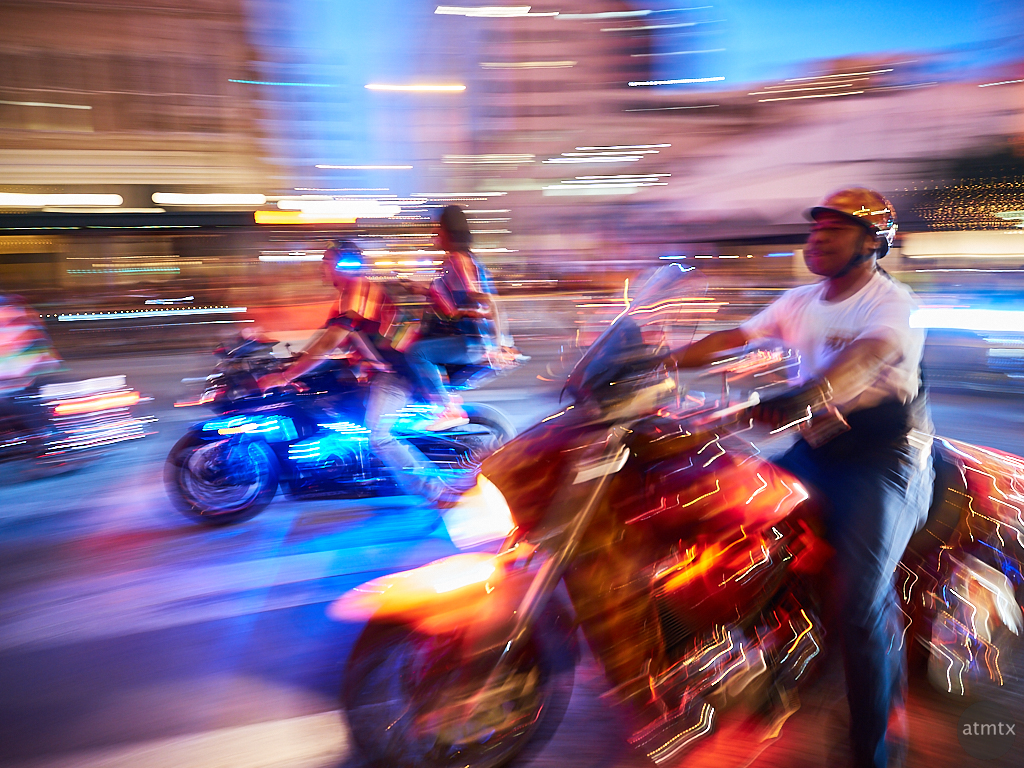 With a combination of panning and motion blur, the ROT Rally Parade transforms into a spectacle. I amped up the already colorful scene and created these “artistic” wonders. I can’t claim a whole lot of creativity, but at least they’re a different take from the usual. I tried something like this last year. Actually, I was pretty much forced to, since I used a very modest Panasonic ZS50 point and shoot, which would have created awful “normal” photos.

While last year’s attempts were faint and ghostly, this year’s are vibrant. Part of it is due to the camera, some to the post processing and also the luck of the draw. The parade started a little later too, which worked well for the added lights and the blur hour. 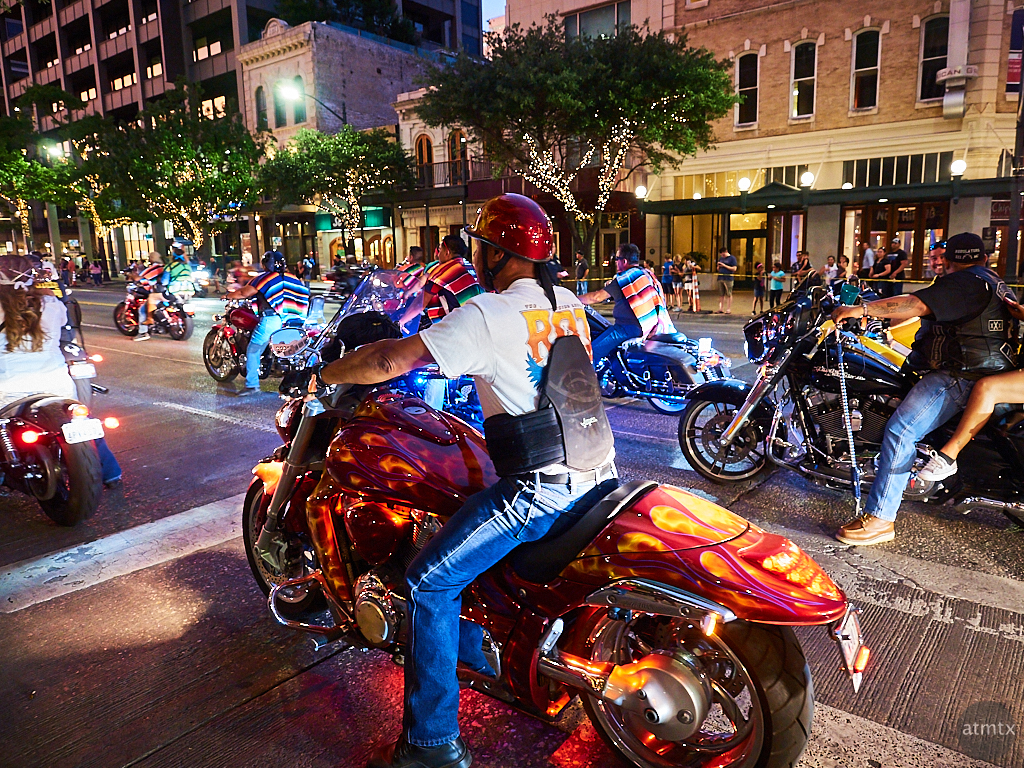 With out the motion blur, the image is not nearly so dynamic. It’s a decent documentary photo but I suppose, ordinary. Below are the three photos that I took immediately after the first one. I couldn’t decide which one I liked the most, so I decided to post all four. 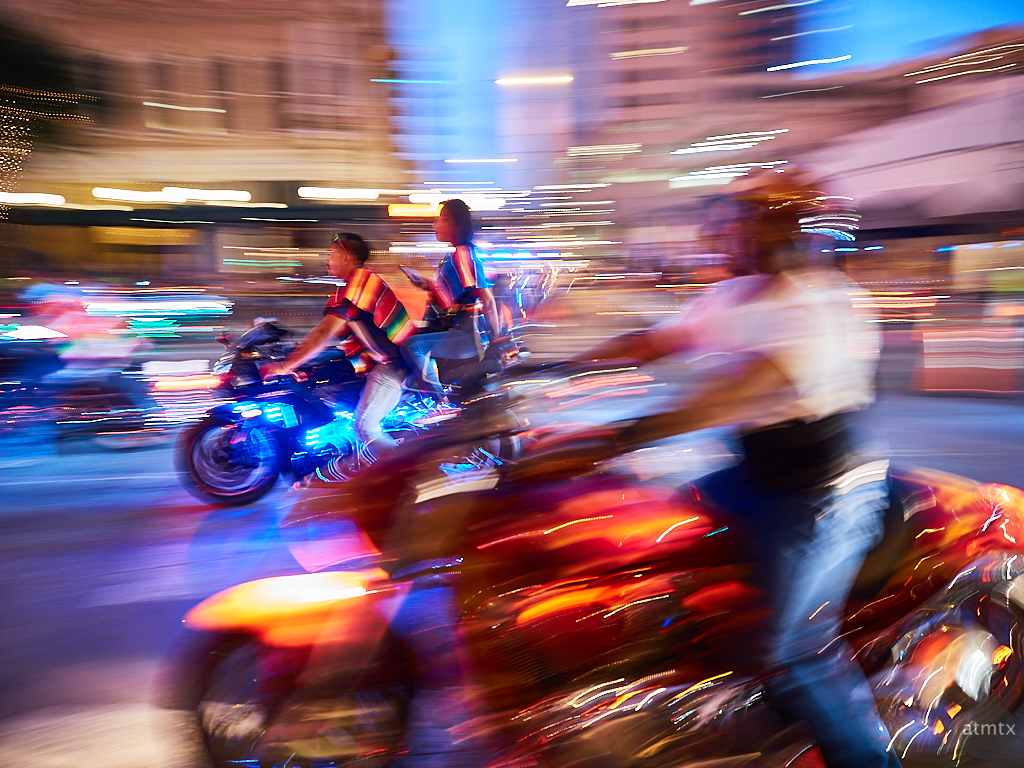