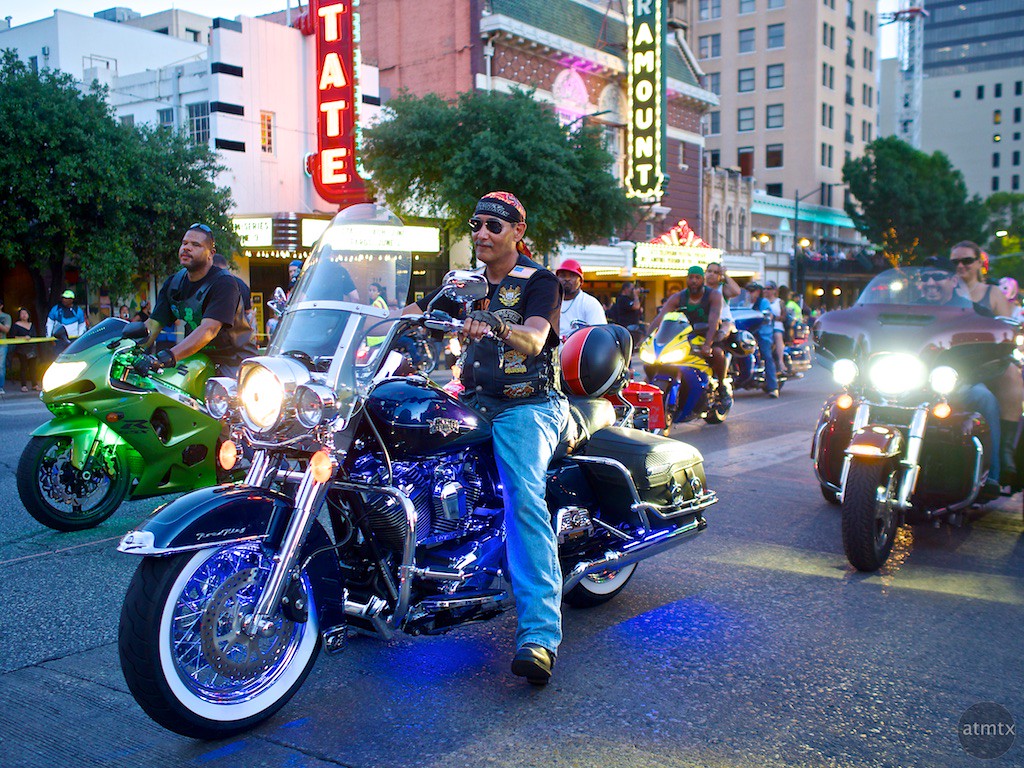 Over the years, I’ve photographed the ROT Rally Parade with a number of cameras. I’ve used Olympus mirrorless cameras such as the E-PL1, E-P3 and OM-D E-M5 Mark II. I’ve shot it with a Canon 6D DSLR and even the retro cool, Fujifilm X100S. This year, I’ve gone small and totally amateur, challenging myself with a point and shoot from Panasonic called the ZS50. I call this camera my Photo Sketchbook, since I use it to explore different types of photography on an experimental basis. Imposing limitations forces creativity, I believe, and that’s the basis of this year’s parade post.

I did bring my Olympus OM-D E-M5 Mark II as backup. I shot a few frames, including the photo above. It’s my go to camera when I need to get the shot. And as nice as the image is, it’s not very different from the photographs I took at previous ROT Rally parades. The Panasonic ZS50 would be different. Its tiny sensor and slow lens would lead me down another path, which I think, produced surprisingly compelling images. Certainly different from my usual, which I guess is the main reason for experimenting.

Cameras with small sensors, including smartphones, work well in bright, even lighting. But as the light levels drop, the image quality takes a nose dive. I like to stay at ISO 800 or below on the ZS50 but with a slow f3.3 to f6.4 lens, the limitations impose themselves unexpectedly fast. A crisp, high quality photo was nearly impossible given the required shutter speeds, so why not embrace the motion blur.

Unlike my previous motion blur images where I held the camera steady, here I panned the camera to follow the bikes. When done well, you get a soft background blur and a decently sharp subject. Most of my pans weren’t very exact, but I got some desirable images, nevertheless.

I tried several different shutter speeds but found my preference at about 1/5 of a second. The photos at a 1/2 second, had their own charm and produced a more ghostly look, like the three above. 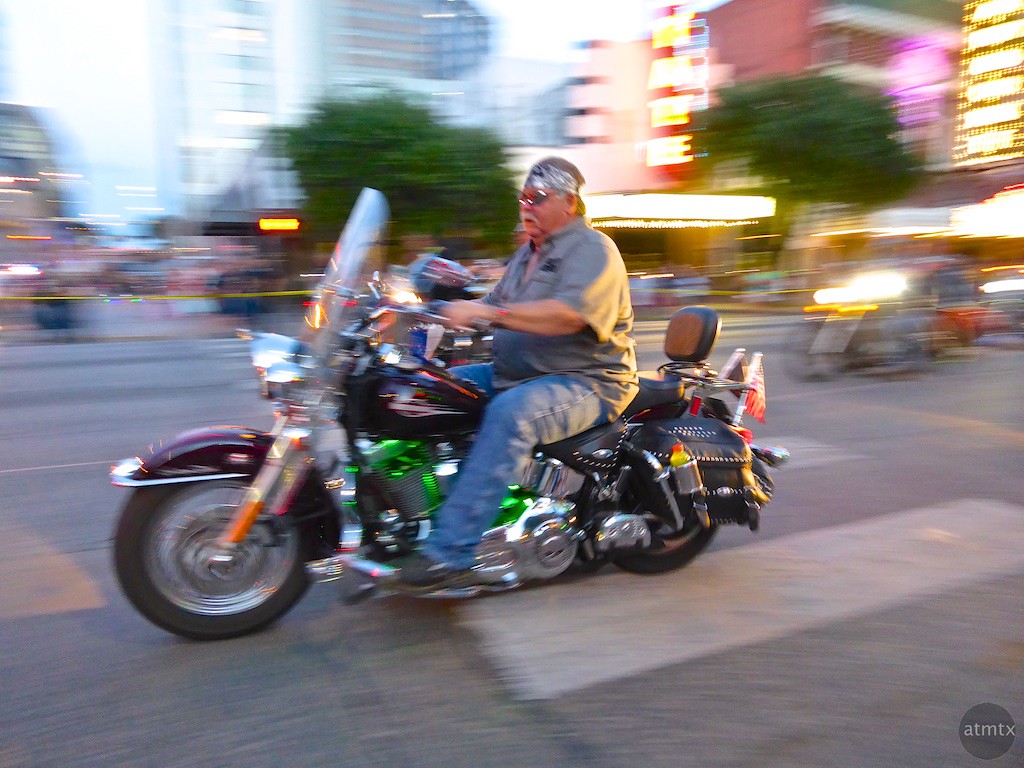 This one at 1/13 of a second, didn’t produce enough background blur and my desired level of abstraction.

The sensors of these point and shoots are only moderately larger than a smartphones’, but they can have the advantage of a true optical zoom and, on this camera, I get quick controls to set the desired shutter speed or aperture. These are tangible advantages over standard camera phones and with built-in image stabilization, it makes it easier to shoot these kind of images.

9 thoughts on “2016 ROT Rally Parade: Overcoming limitations and experiments with a different style”