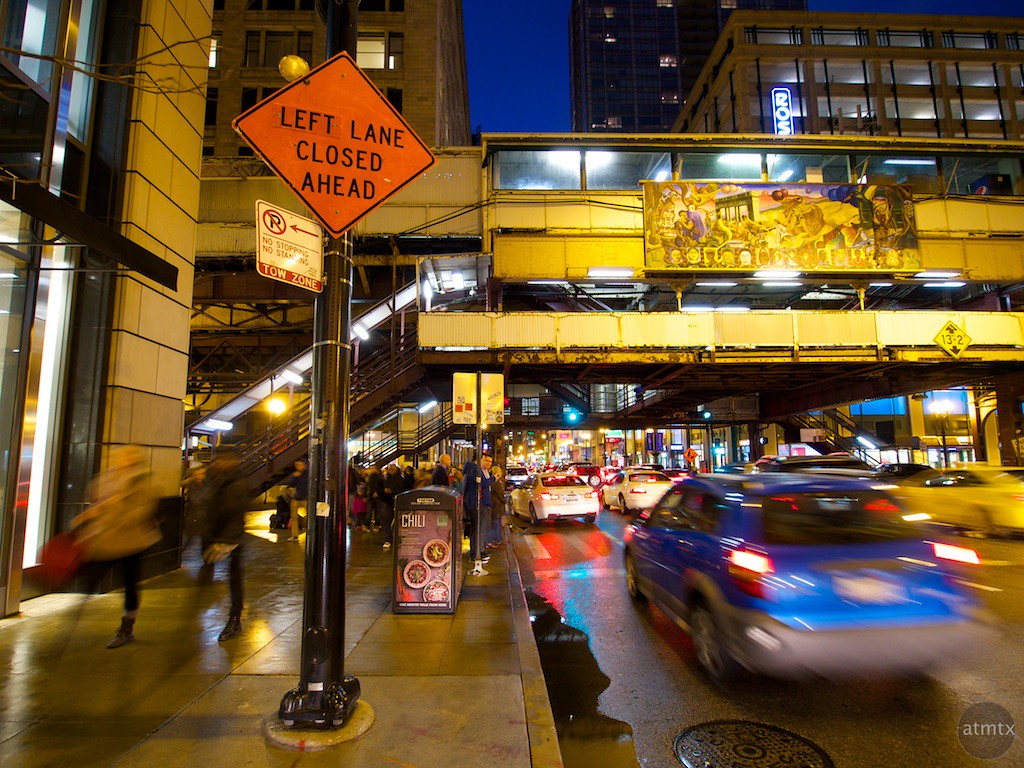 I felt invigorated when I was in Chicago, at the end of December, last year. I’m a city person and though I enjoy living in Austin, I come alive in the bustle of big energetic cities. Chicago certainly qualifies. I no longer want to live in big cities, full-time. But to visit, only for a while, camera in hand, is one of my favorite activities.

Though I’m a New Yorker by birth, I’ve always appreciated Chicago’s architecture — birthplace of the modern skyscraper. I actually lived in downtown Chicago, back in the late 80s, for 6 months. The city is cleaner now and even more vibrant but the “L”, Chicago’s elevated transportation system, lingers. It’s rusty, primitive and wonderfully unique. You don’t see these structures much anymore, especially in the central business districts.

So I appreciate the contrast. The 100+ year old technology contrasting against the newest downtown towers.

I shot these with the Olympus OM-D E-M5 Mark II with the wide-angle 9-18mm lens. Perfect for taking in the big, bold city. I shot everything handheld with the advanced in-body image stabilization (IBIS) doing the rest. Between the IBIS and wide-angle, I’m able to shoot reliably at 1/5 of a second. The energy of the city, appropriately captured as blurred motion streaks — exactly what I wanted.

I create these motion blur shots, from time to time, made easier now without a tripod. The key to these, I believe, is to have a portion of the frame, rock steady and sharp. The motion of the intended subjects will nicely contrast with the sharp, unmoving objects. You need that contrast. If everything is in motion, it can turn into a big mess.

I also believe that you need an appropriate amount of blur. Too long of a shutter and you lose too much detail, the context, lost. Too short and you get slightly soft subjects, which just looks like a mistake. Balance is the key. 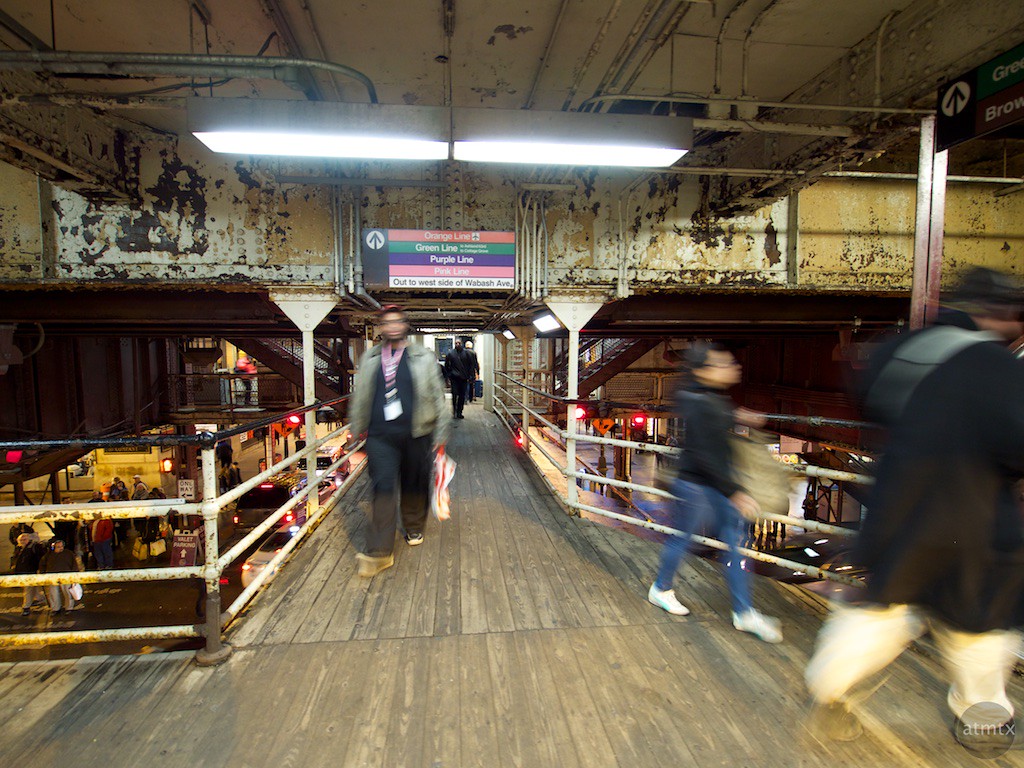 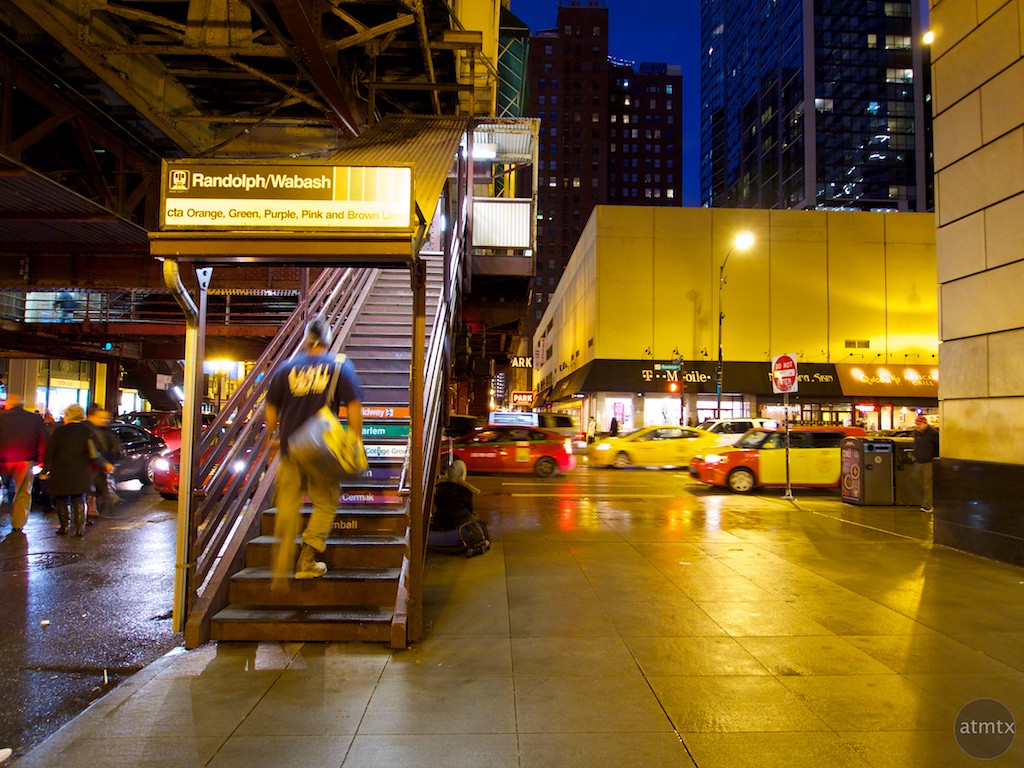 As a bonus, I also caught “Blue Hour”, the time between light and dark when the sky turns an electric blue. In the city, with its golden lights, blue hour works nicely. Blue and gold, love the contrast.

It’s all about the contrast. Blue and Gold, motion and sharp focus and old rusty metal against smooth modern glass. Isn’t the city a wonderful place?