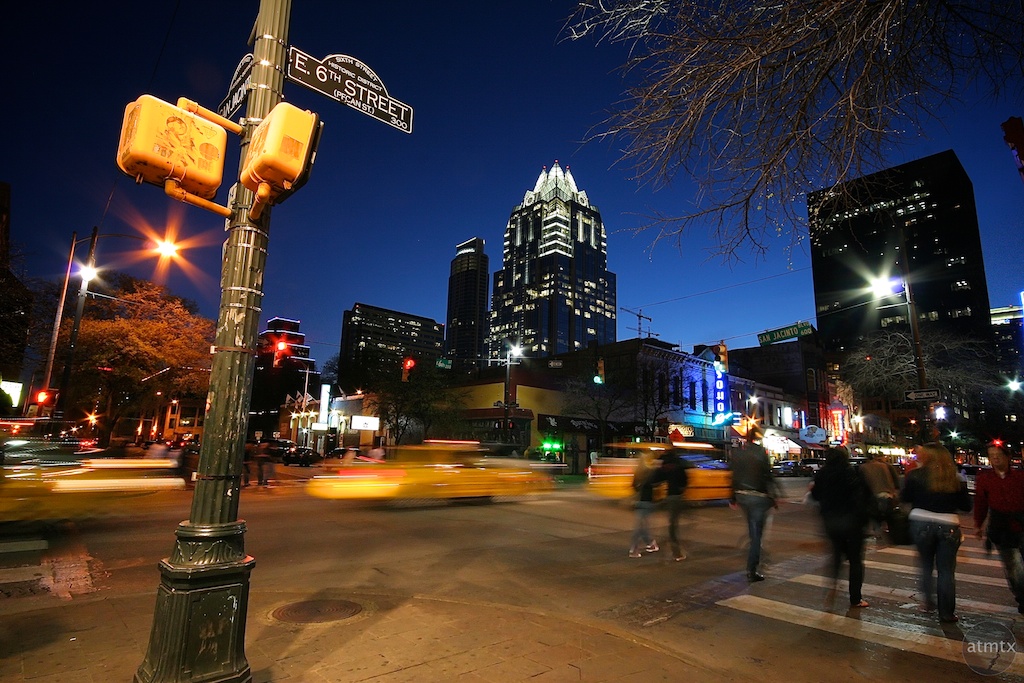 This is another of my classic shots that I featured on my defunct mostlyfotos blog. I took this back in March 12, 2010. Given the date, I most likely shot this during the big SXSW conference that happens around that time. As I vaguely recall, a bunch of us went out on a photowalk during SXSW, and I made this on 6th Street, Austin’s most famous entertainment district.

The photograph is also noteworthy, for me, since the Austin Bergstrom Airport licensed this. The last time I checked, it was printed large, framed and hanging on the wall at the airport.

It goes to show that a Canon 20D, a 8MP camera originally introduced in 2004, is capable of creating good images that can be displayed large for public consumption. Sure, the current crop of super high-resolution digitals might have finer detail, but would it materially change the feel of the image? Probably not.

Also, I shot this on a tripod with a decently hefty setup. Now, using modern technology, I could make a technically superior image, handheld. This urban blue hour image with motion blur, has the same feel as these photographs from Chicago, which I created about a year ago. I made the Chicago photos with the Olympus OM-D E-M5 Mark II, handheld, courtesy of the wonderful built-in 5 stop, 5 axis image stabilization.

Forget about super high megapixels. Super effective image stabilization, now that’s technology that really improves (photographic) life. I don’t think anybody likes lugging around a tripod, if they don’t have to.

6 thoughts on “Taxis on 6th Street”