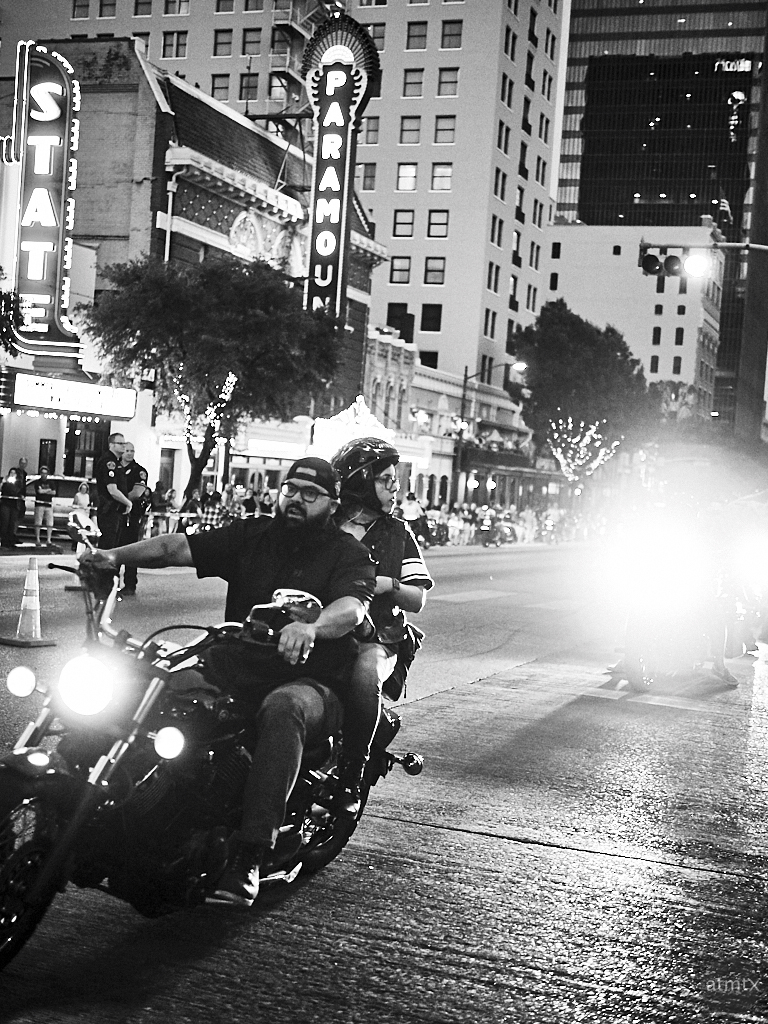 I shoot so often with the Olympus PEN-F with the 50mm equivalent in monochrome that it was natural, probably even expected, that I would use this setup for the ROT Rally. True to my recent form, I did just that. But it turned out to be a lot more difficult than I expected.

It’s decently challenging to cleanly capture bikes while moving. My preferred method is to shoot the parade when the bikes are backed up and nearly at a stand still. It was different this year. Perhaps less bikes and less traffic made the parade flow quicker.

Focusing on moving objects with a shallow depth of field in rapidly dimming light was the challenge. Coupled with a non-wide 50mm equivalent didn’t leave much slack. Out of the numerous failed attempts, this image stood out as my favorite. The black and white, with a more or less sharp subject, contrasts noticeably with my wide-angle, full color, motion blurred image, posted over a week ago.

7 thoughts on “Parade in Monochrome”