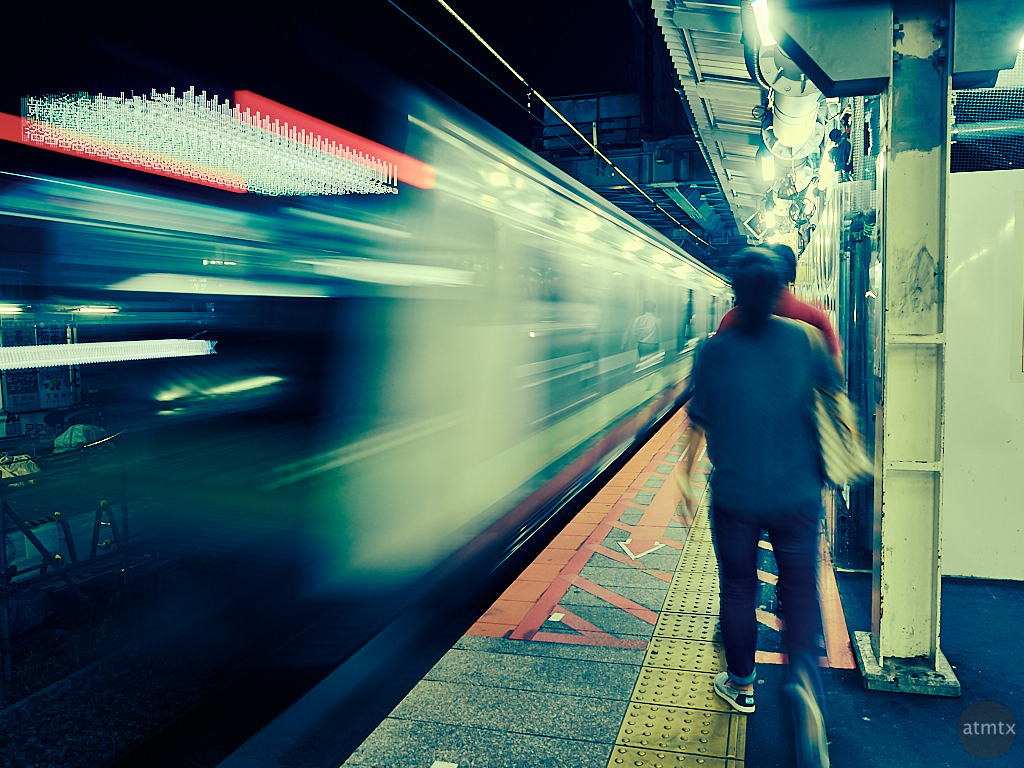 It’s hard to underestimate how important trains are in Japan. There everywhere and in the big cities, you can get almost anywhere with them. They are probably equivalent in importance to cars in the U.S. Unlike many transit systems, they make money and private companies run railways as a business. There are not subsidized like here in America.

Since I can’t drive in Japan, public transit was my only option. But never did I feel restricted. I have two gripes about them, though. The trains can get crowded during rush hour, especially in Tokyo. And, they stop running around midnight. There’s a mad dash to catch the last train for people enjoying late night entertainment.

For today’s post, in addition to the motion blur that I love so much, I’ve applied a PX-70 instant film-ish effect to give an otherworldly urban look. I’m starting a short three post mini-series titled “Japan on the Move”.

5 thoughts on “Japan on the Move: Trains”