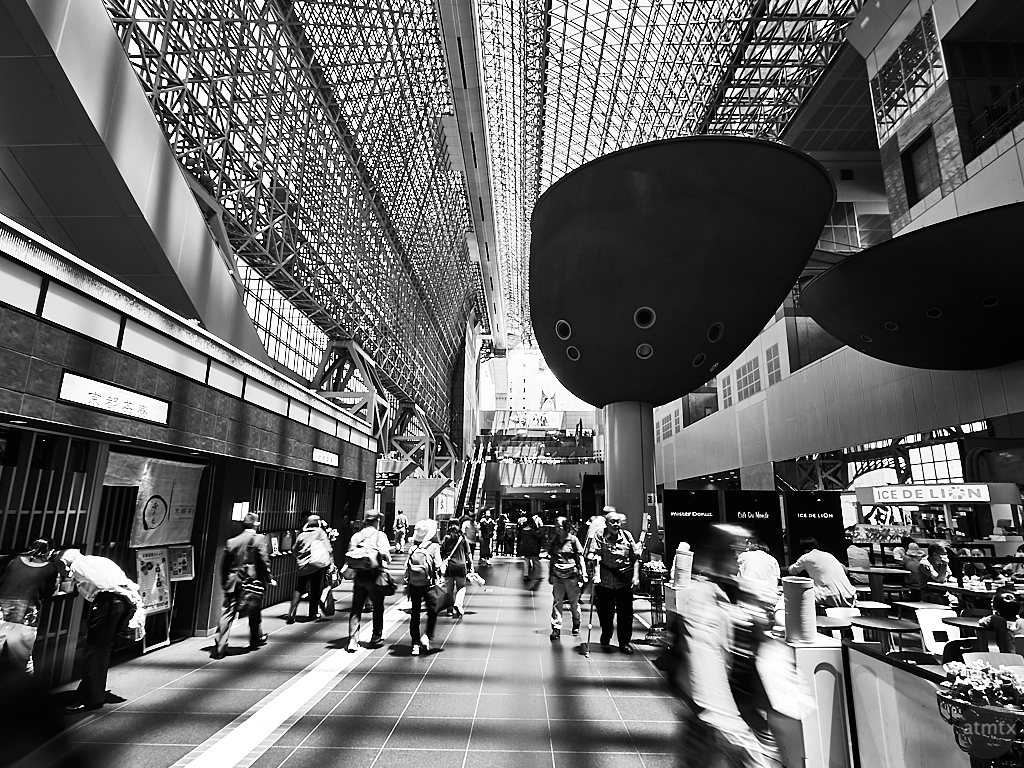 A number of years ago, I visited this place and took a few snaps. That was before I became a photo enthusiast. For my trip this year, I wanted to do something better. After all, this dramatic architectural space deserves more. Flattening 3D spaces into stills is always a challenge. But the station is so big and complicated that it was more difficult than I expected to capture its grandeur.

The Kyoto Station Building is the most dramatic Japanese building I’ve visited. Apparently, it’s the second largest station building in Japan, after Nagoya. All of the restaurants, stores and offices are housed under a single 15 story roof. It was completed in 1997 for the 1,200 year anniversary of Kyoto.

Yes, Kyoto is a very old city with many well-preserved temples and shrines. To have such a building at its heart was a bold and controversial move. It’s modern but not minimal. It’s very complex with many levels, balconies and stairs capped by an elaborate superstructure. No doubt the architect must have had a fanciful story behind his creation. 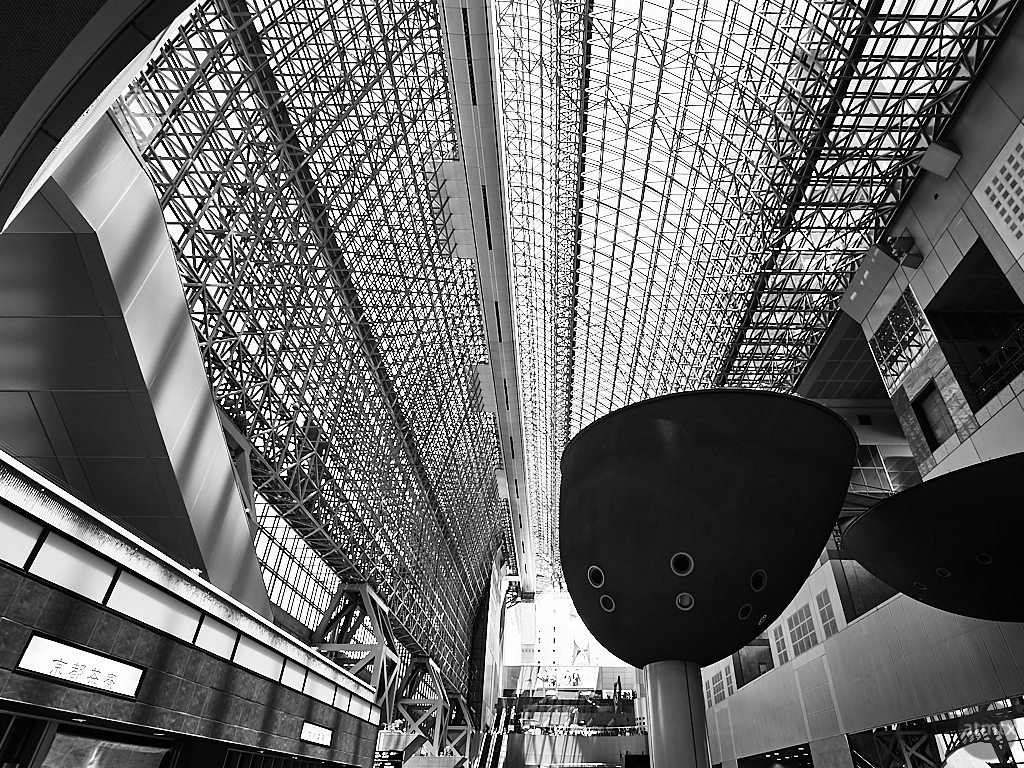 The Kyoto Station building takes time to digest, at least for me. How do I approach it photographically? Do I concentrate on the dynamism of the space, like I did in my first photo, via motion blur? Or do I merely accentuate the architecture, and de-emphasize people?

I chose black and white for the drama and because the mostly monochromatic color scheme of the building didn’t offer interesting color. 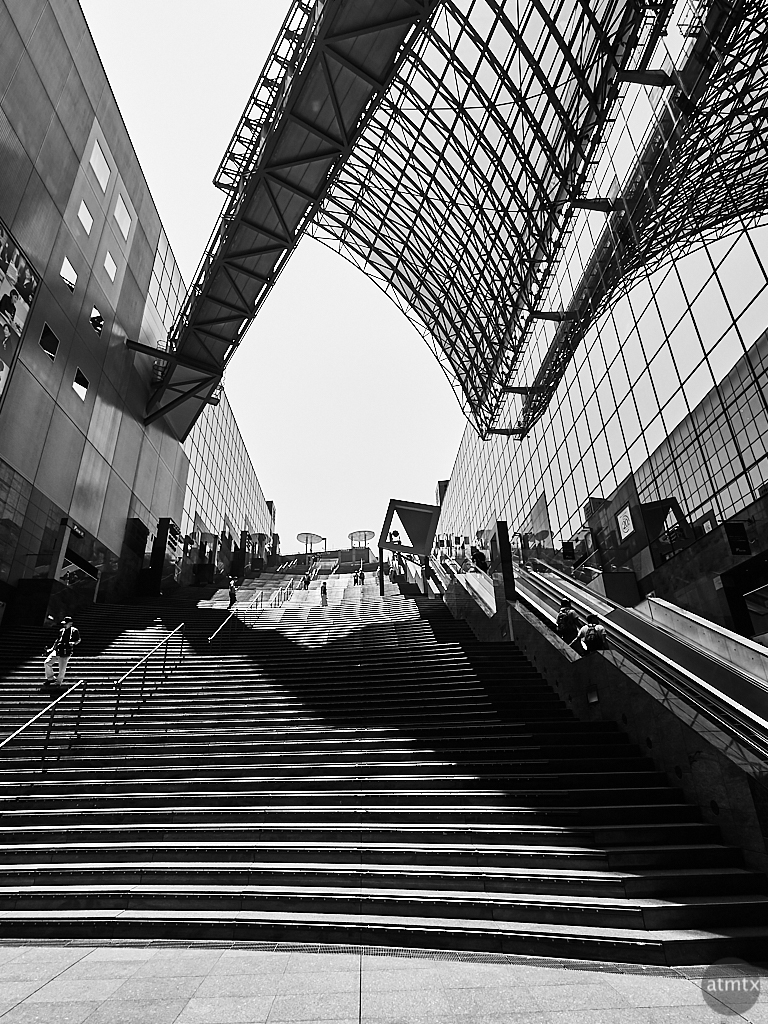 My first inclination was to use a wide-angle. I shot with the Olympus PEN-F at a 18mm equivalent, to take in as much as possible and to add distortion to emphasize its vast size. I don’t often use portrait orientation for architecture but it seemed to work here. 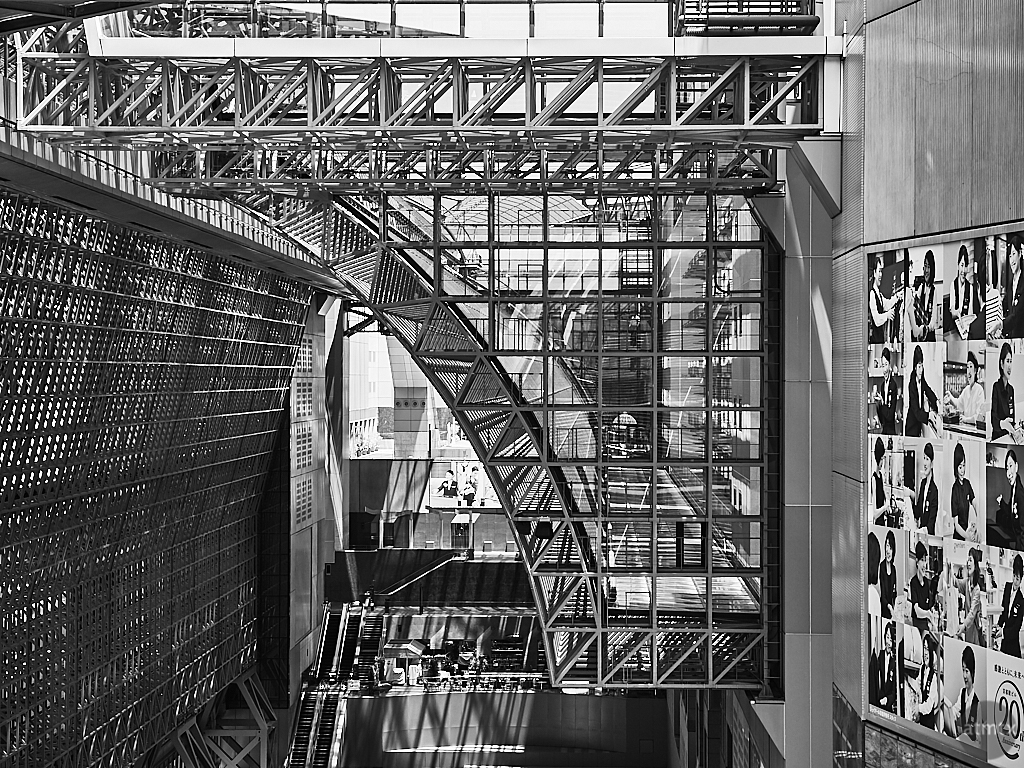 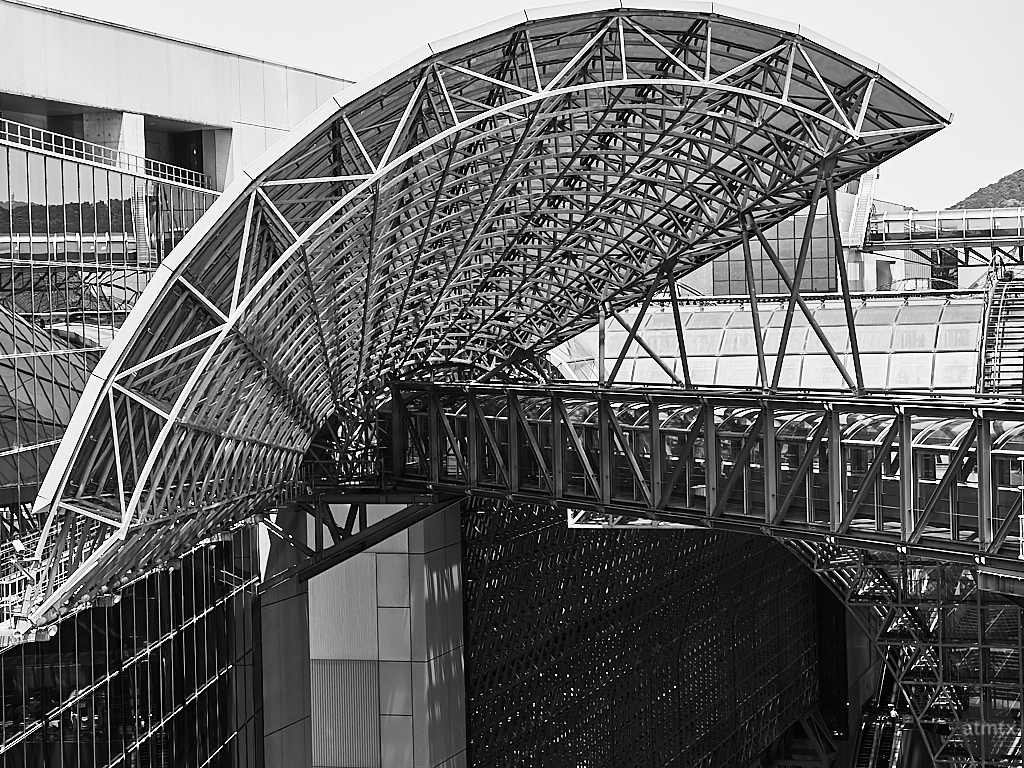 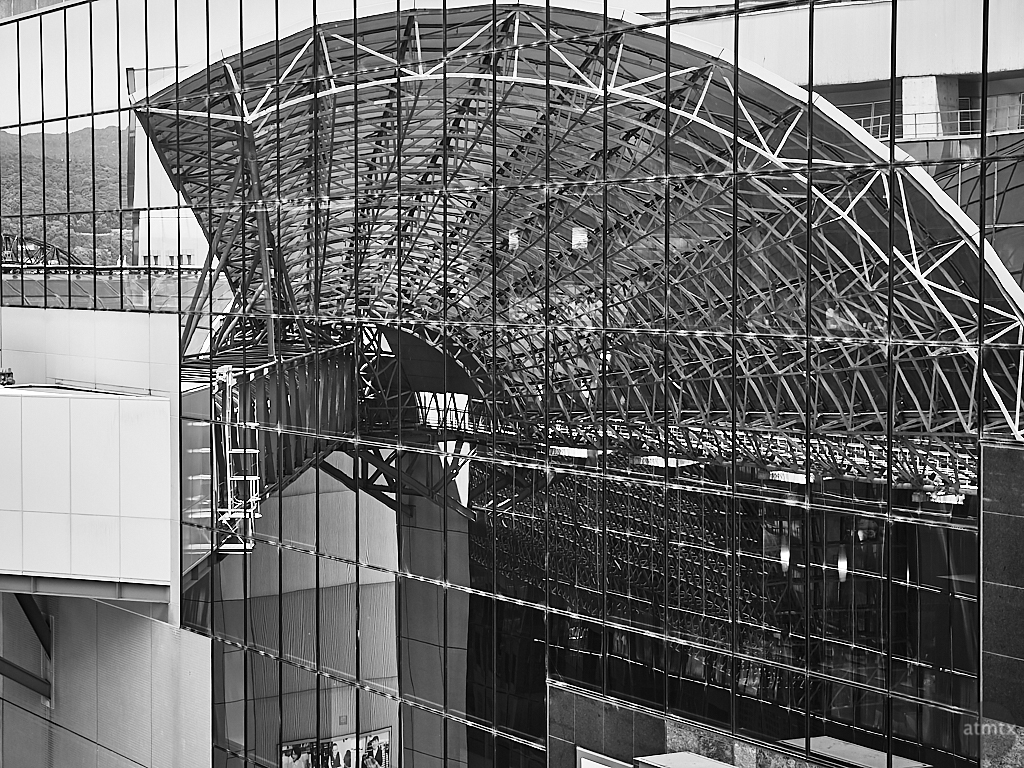 Conversely, and maybe unexpectedly, I used a telephoto to capture the details — especially of the elaborate roof structure. I used my other Olympus, the OM-D E-M5 Mark II, outfitted with a 12-40mm lens. These images are at about an 80mm equivalent. 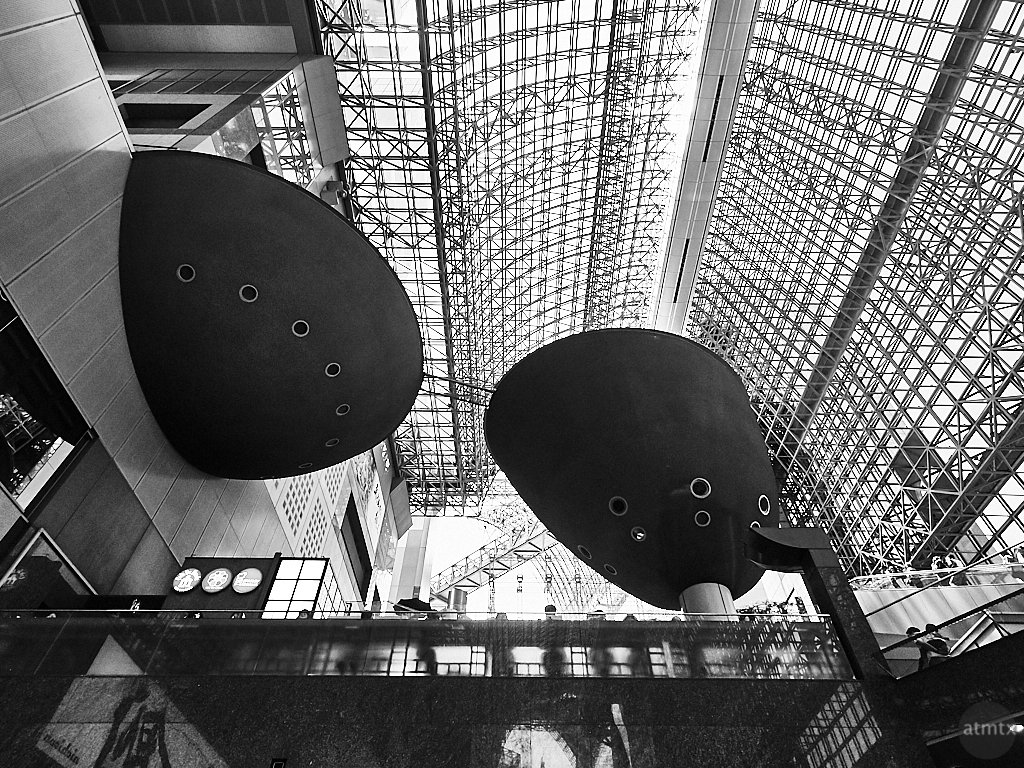 I shot these as I passed through Kyoto station, before I got on the local train to my destination. And while I captured some decent views, I’m not totally satisfied. I think I can do better and this place deserves more of my attention. I’m sure it will continue to revel itself with successive visits.

I can see using an even longer lens to compress details. Photographing details with people would also give a sense of scale, which is lacking in my telephotos. I would also like to shoot at night or better still, during blur hour. Those would be in color, I’m sure, and would give an entirely different feel.

I’ll try to return, someday. To continue where I left off. For now, this Photo Essay is a work in progress. I hope you enjoy it.