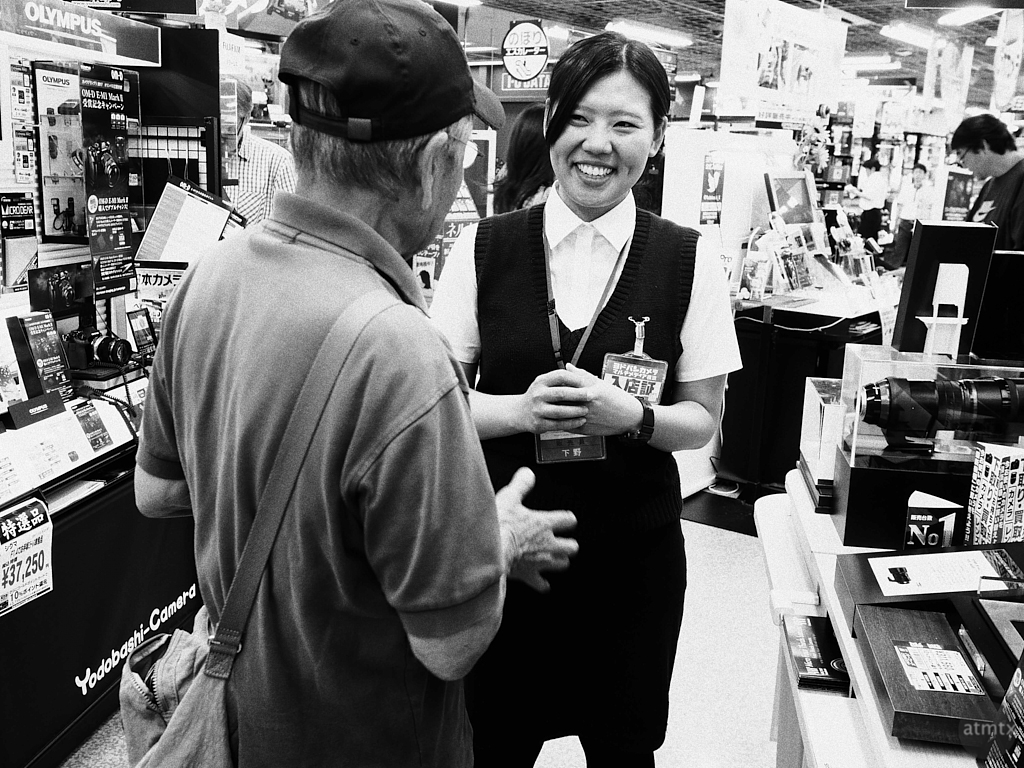 Speaking of Olympus and micro 4/3, today’s post has a vague connection to yesterday’s post about Kirk Tuck moving back to micro 4/3. While Olympus is building on its mirrorless reputation in the U.S., in Japan, it’s an entirely different story.

Olympus has the #1 market share in Japan, for mirrorless cameras. Their growing strength was evident on my visit to Japan this summer. Three years ago, during my previous visit, Olympus was one of many mirrorless vendors. Now, their cameras and lenses take up a sizable area — at least three rows — at this Yodobashi Camera store in Yokohama.

Mirrorless cameras have always been more popular in Japan, where things compact are usually seen as a plus. In the U.S., the land of McMansions and Urban Assault sized SUVs — with the adage of bigger is better — the merits of smaller cameras were a tougher sell. Big DSLRs rule, though this is beginning to change. Cameras such as the PEN-F are niche, though in Japan, they seem to be popular. They even had fancy multi-page brochures, free for the taking, featuring a gallery of contrasty black and white photographs created with the PEN-F.

At Yodobashi, I was sporting my PEN-F with the Olympus 17mm f1.8, while uncommon in the U.S., felt right at home in Japan. I used it to create this photo of Nobuko-san in one of the Olympus aisles, with the built-in monochrome setting. She is a rep for Olympus and we struck up a conversation. Apparently, the new Pro line of lenses and faster OM-Ds, in particular, have really changed the game for Olympus. Surrounding me were all the expensive and beefy, for micro 4/3, lenses readily available for testing.

It’s always fun, popping into cameras stores in Japan. They are big, packed to the gills with stuff and cluttered as hell.