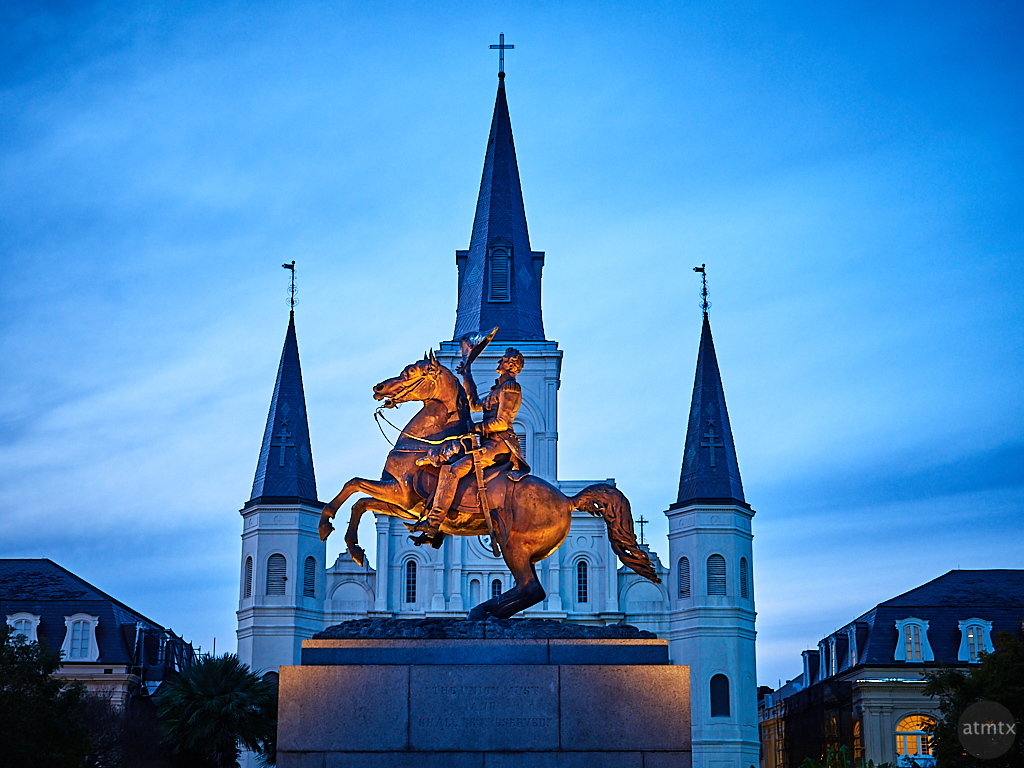 I took tourist photos too, when I was in New Orleans just before Thanksgiving, though with perhaps a slight twist. I was in Jackson Square in the heart of the French Quarter. I wanted to highlight the statue with the church as a backdrop.

The statue is of Andrew Jackson, the seventh President of the United States. It might seem obvious in hindsight, but I originally didn’t know who this square was named after. The church, or more accurately the cathedral, is the oldest in the United States. The current St. Louis Cathedral is largely from the 1850 expansion, with the original structure built here in 1718.

I shot this some 15 minutes before peak blue hour. The bluish color is courtesy of post processing. I wanted the cool color to contrast against the warm golden statue. Shot with the Olympus OM-D E-M5 Mark II with the 12-40mm F2.8 Pro lens.