After fifty-four separate posts about New Orleans, I’m finishing up where I started, with a photo of Jambalaya, one of my favorite dishes. Back on November 23, 2017, I gave thanks with Jambalaya from the Old Coffee Pot Restaurant. Today I’ll feature my favorite from the trip, shown above, and photos from the four restaurants I visited.

I clearly admit that I’m no expert in Louisiana cuisine or Jambalaya. It’s just something I love but it’s surprisingly hard to find, even in Austin, and we’re not that far from Louisiana. What I didn’t know is Jambalaya is more of a Creole dish, rather than Cajun. Hence, there are a number of Cajun restaurants in Austin, but no Jambalaya.

I picked all the places, via a quick Internet search, before the trip. Noting definitive or comprehensive. I didn’t receive any particular insights from locals either. All the restaurants had their own character and strengths. And since this is not a food blog, I’m going to feature the interiors of these places. Starting with the least favorite, here are the four places we went to during our short vacation.

Number Four: Mother’s Restaurant. We came here in the late morning before our tour of the National World War II Museum on the second day. We probably waited about 30 minutes as the line snaked from the outside, through the restaurant, to the ordering counter, shown here. They have a huge menu of favorites. Good for variety. My wife liked the pancakes. Jerry’s Jambalaya was tomato-y but didn’t have as much dimension as the others. 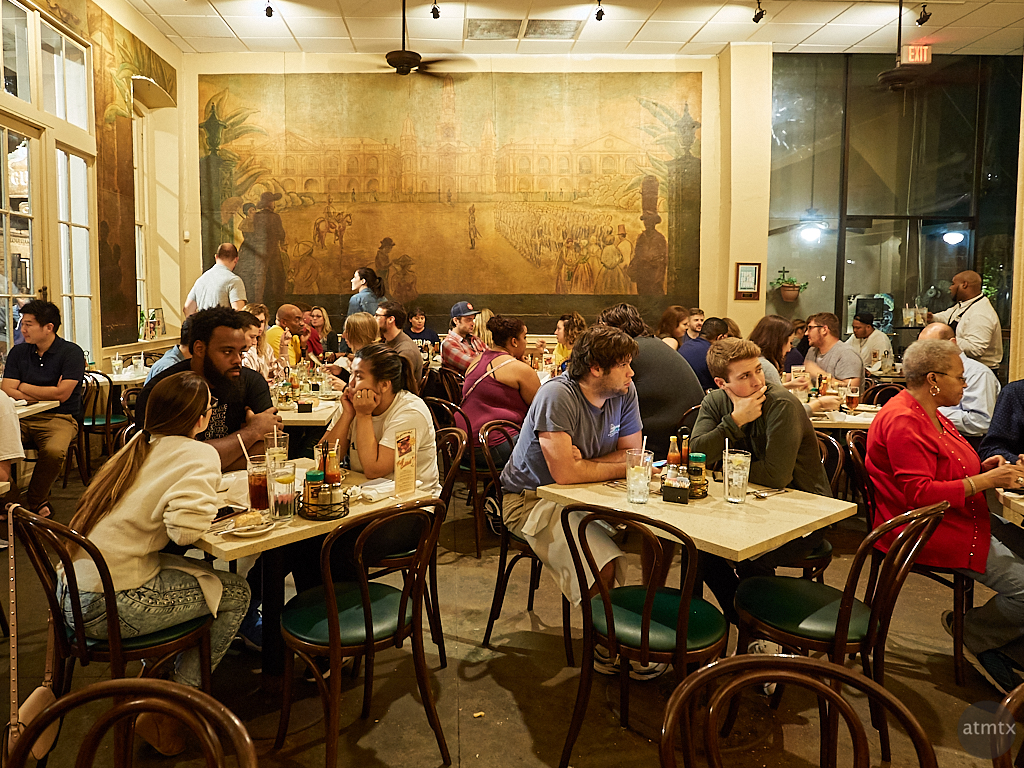 Number Three: Gumbo Shop. This was our first meal in New Orleans, a late dinner around 9pm. We waited about 45 minutes or so to get in and it seem to get more crowded before starting to clear out. It’s an elegant, yet casual place. The Jambalaya was fine, but too salty for my taste. Given the mood of the place, with the high ceilings and nice architecture, I was somewhat disappointed. 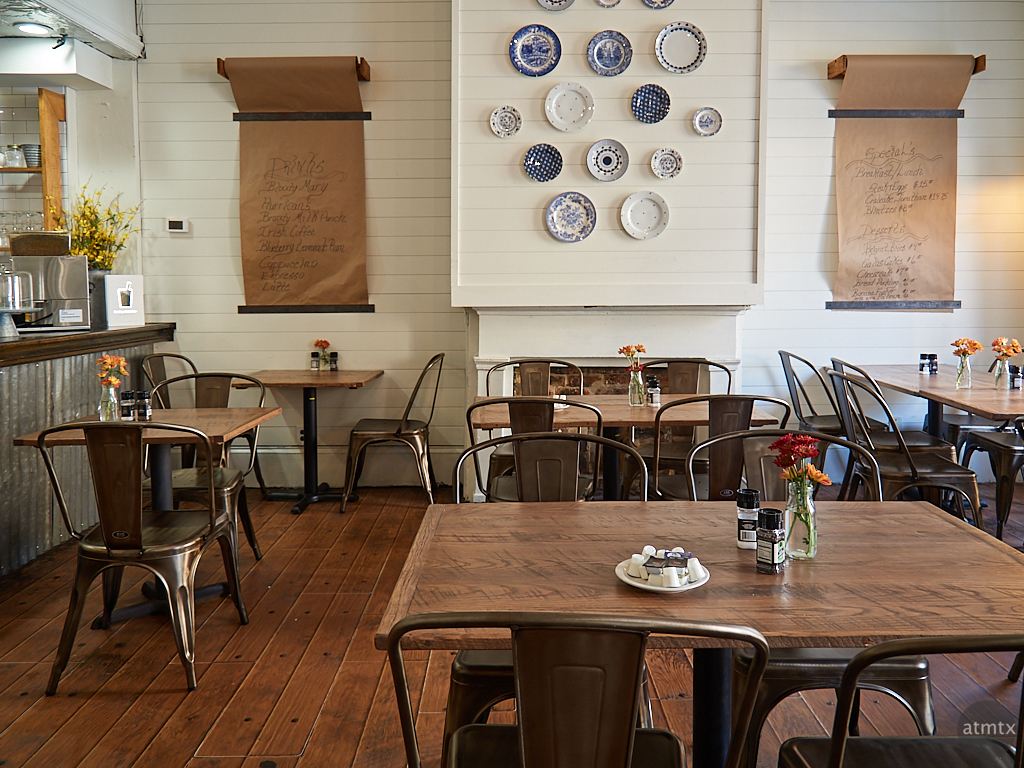 Number Two: Old Coffee Pot Restaurant. We had our last New Orleans meal, lunch, at this restaurant, before our long drive home to Austin. Given how crowded restaurants have been in New Orleans, we started to have doubts, as we were one of the few customers at this place. The restaurant is bright, paired-down and even cute. I expected a darker, older decor given the name. Luckily the Jambalaya was actually very tasty. My wife had the New Orleans Sampler with Jambalaya, Seafood Gumbo and Chicken Gumbo, which she also liked. My son had the Buttermilk Fried Chicken, which he also enjoyed. I’m not sure why it wasn’t very crowded. Perhaps we were just lucky?

Number One: Coop’s Place. This place, as you can tell, seems more bar than restaurant. A dive bar really. Nothing fancy at all. Unfortunately, you have to be 21 and over to enter and they have no takeout. That was very inconvenient traveling with my fourteen-year-old son. I returned by myself on the last night. I was determined to eat there since I read several positive reviews. I sat at the bar after a five-minute wait. It was crowded but a party of one was easy to seat.

I ordered the Jambalaya Supreme which adds shrimp, crawfish and tasso (spicy cured pork) to their base Rabbit & Sausage Jambalaya. Yes, rabbit. I was a bit unsure. The Jambalaya was heavenly, in a different league from the others. It was spicy, sweet, bitter, oily and bunch of other subtle flavors that were hard to categorize. There was a depth and complexity to the taste that made my tongue erupt in joy.

Yes, the Jambalaya at the very top is from Coop’s Place. I was so tempted to eat everything but mustered a lot of inner strength to leave a little over a third, so that I can give at least a sample to my wife and son. They too agreed that this was, by far, the best.

So there you have it. My quick reviews of Jambalaya, as I close out my New Orleans coverage. I hope you enjoyed it.

3 thoughts on “The Quest for the Best Jambalaya”