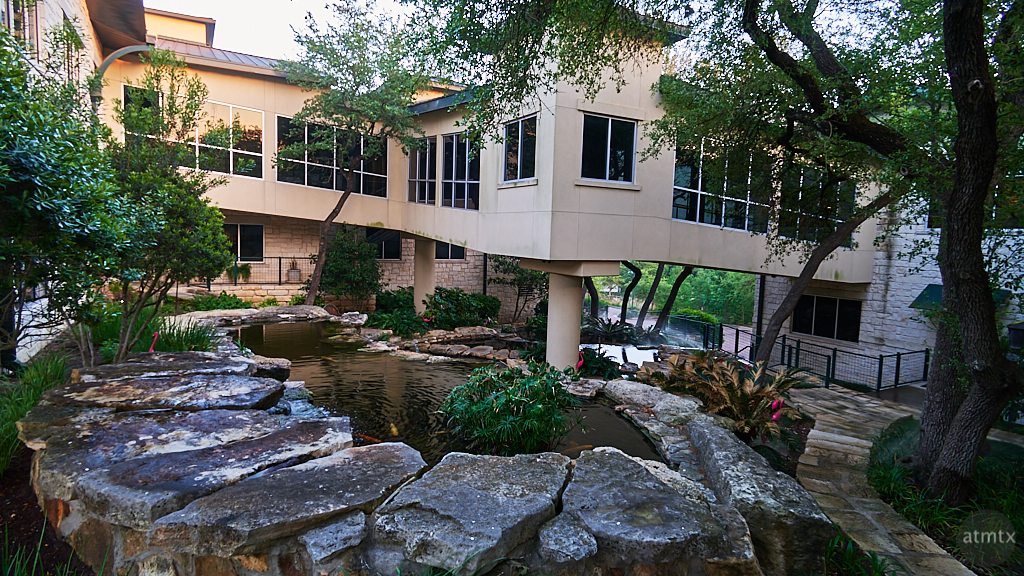 I’m in the hospital tonight and I’ve been here for the last few days. Thursday afternoon, at work, my upper abdomen started hurting. I’ve nursed a cold ever since last week’s California trip and I figured I took a turn for the worse. I went home early.

It continued to get worse so my wife drove me to a fairly close emergency room. Unlike the bigger Austin hospitals, this is a small one tucked away, well hidden, in a nearby city called Westlake. We discovered it a few years ago when my older son badly sprained his leg. We notice that no one was waiting in the ER. It’s not a trauma center, which probably worked better for us.

They saw us immediately and after a battery of tests, they discovered a badly inflamed gallbladder. It wasn’t until Friday when I had the operation to remove it. I’ve been recovering slower than I hoped. Apparently the gallbladder was in worse shape than usual.

My wife was nice enough to bring my computer and the Canon G7X Mark II. Because, for me, photography and blogging have serious medicinal value. Plus, I hadn’t missed a daily post in almost two years, so I really didn’t want to break my streak. Obsessive, I suppose. Some readers might have notice a terse post from last Thursday. That’s all I had managed before going to the hospital. I later filled in the details.

The hospital at Westlake is small and intimate. A sizable Koi pond integrates into the design. The interior is modern and upscale. It’s a wonderful change of pace from the big city, anonymous places that make hospitals even scarier. No one wants to go to a hospital but small place like this, certainly make it more tolerable.

24 thoughts on “My Unexpected Surgery”