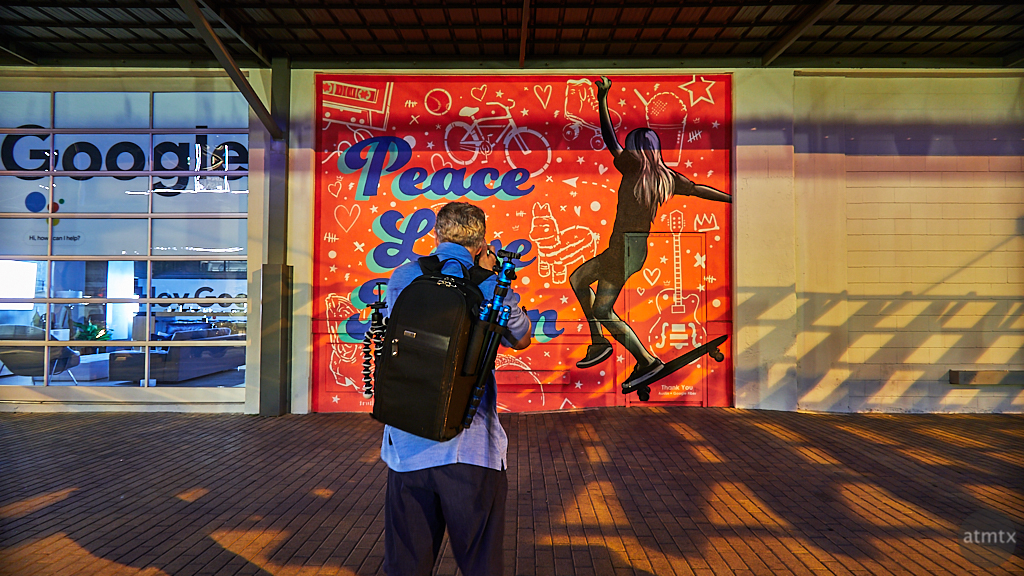 Nearly a decade ago, when HDR was new and local photo celebrity Trey Ratcliff was espousing this revolutionary technique, I got serious about photography. I met a bunch of Austin enthusiasts, many through Flickr, and we shot all over town, mostly aping what Trey showed us. That’s when I met Jim, who I talked about in my recent posts.

Since then, in 2018, we hardly meet anymore. HDR went from fad to an automatic mode in smartphones. Trey has since moved from Austin to New Zealand, though he still seems to be stuck in the world of HDRs. Most of my photography friends have since grown past HDRs and into other genres.

I have Jim to thank for getting me into blogging. We both were active on Flickr, as were many of my friends. I distinctively remember asking him, “Why blog when we have Flickr?”, I forgot what he said but obviously he convinced me to try. Recently, WordPress.com congratulated me my eight year anniversary. Time flies.

It was nice shooting with Jim again, it’s been a while. Jim is still actively blogging and has a larger audience than me. He’s even jumped into YouTube and has become quite the expert on Luminar, a photo processing software by Skylum.

Jim has stayed true to his roots, shooting urban and natural landscapes. I’m all over the place, as you know. My urban landscapes have greatly diminished, moving more to street photos and candid portraits. But the important thing is, we still love photography and we continue to blog actively.

As you might have guessed, today’s photo features Jim, in action, on 2nd Street. We were east, a block or so from the restaurants I recently showcased. This use to be the Austin Children’s Museum, which has since moved north east, out of downtown. It’s now a showroom for Google Fiber.

One thought on “Shooting with Jim”