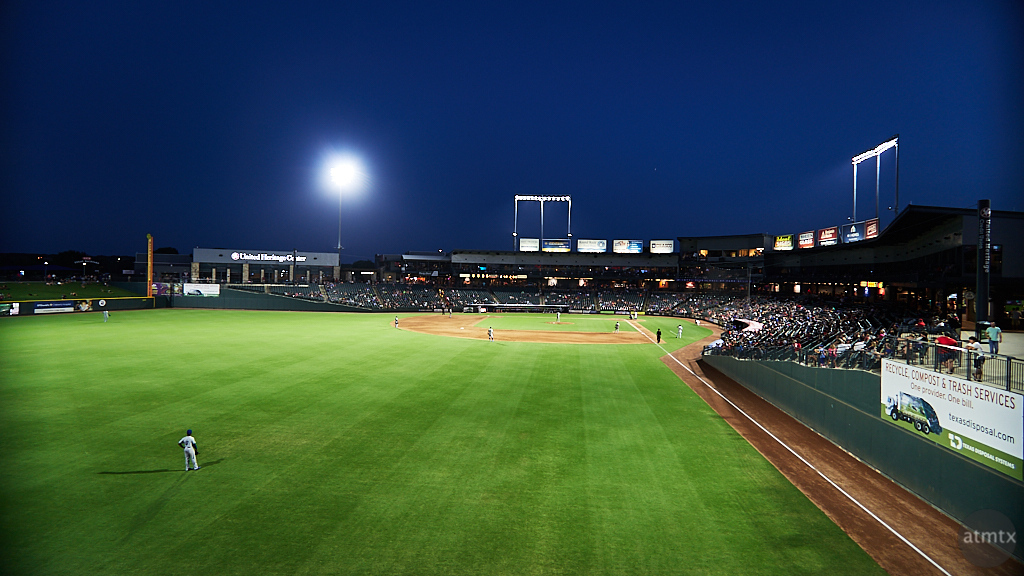 Blue Hour at the Dell Diamond – Round Rock, Texas

Though the Dell Diamond has been around since 2000, I visited for the first time, just a few weeks ago. I always thought that the Round Rock Express, a Triple-A baseball team, was there since the beginning. But, they started in 2005, first as an affiliate of the Houston Astros and moved to the Texas Rangers in 2011. At opening, the stadium started with the double-A Jackson Generals.

I haven’t followed baseball in years. Back in New York, as a pre-teen, I liked the Mets. I could see Shea Stadium from my neighborhood. This was in the era of Tom Seaver, Jon Matlack and Jerry Koosman.

The Dell name is well-known in the Austin area, which can also be found on the Children’s Hospital and the Medical School. That’s Michael Dell the founder of Dell Computer. Probably, Austin’s most famous high-tech entrepreneurial success story.