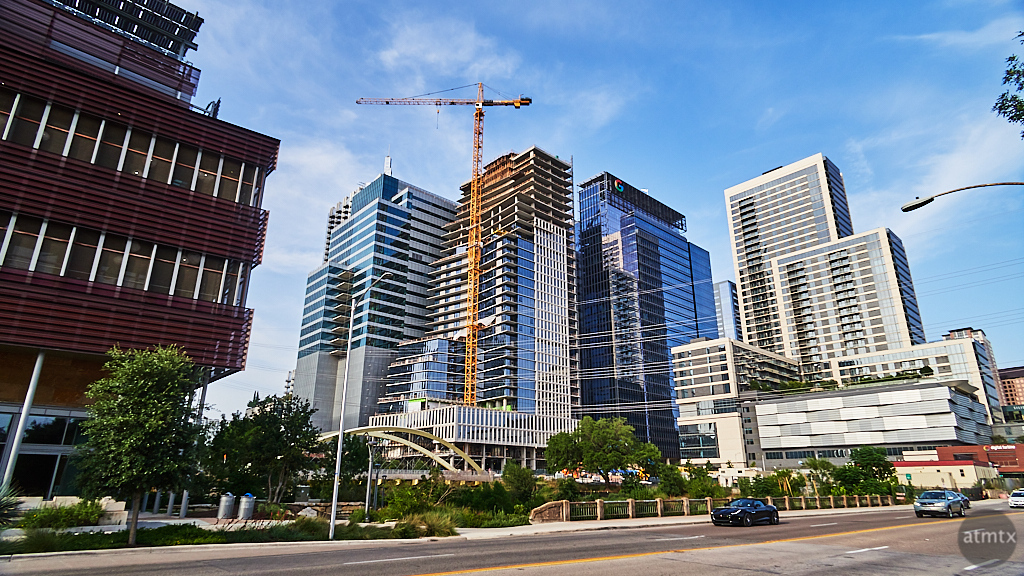 The New West Side – Austin, Texas

A little less than two years ago, I did a Photo Essay called West Austin Rising. A lot has changed. Since then, there’s another layer of buildings added to the western edge of the Central Business District. The 2nd Street Bridge is open, tying the newly opened Central Library and the Seaholm Development to the rest of the high rises.

I went downtown again, a week after my photo walk with Jim, which I showcased over the last couple of weeks. I was there with another photography friend, Chuck, who also shares my interest in architecture. 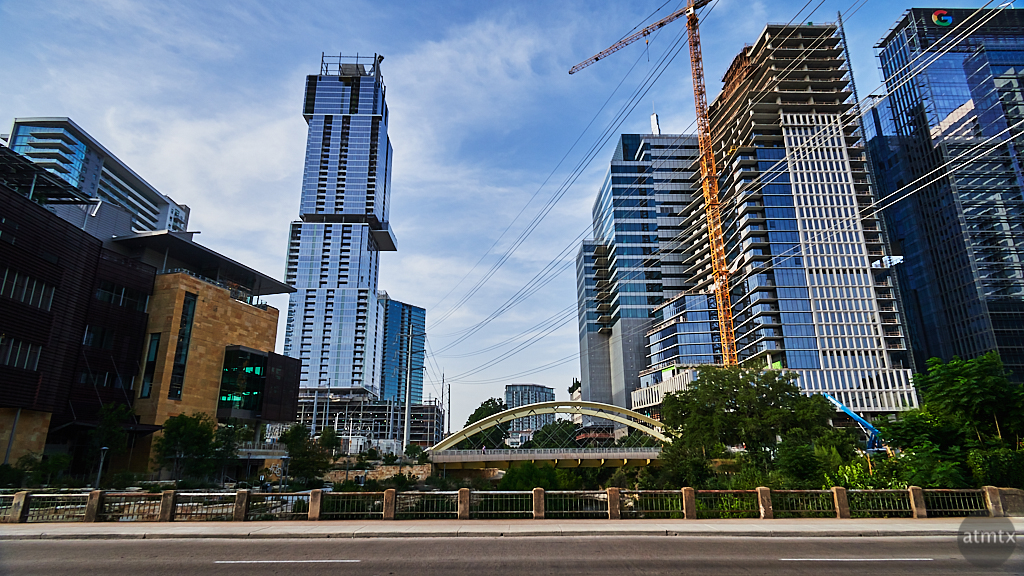 I shot both photos as I made my way from the parking lot to our meeting point, in my Cinematics format. The buildings are rising so quickly, I was taken aback by how much the skyline has changed in this area.

In this second photo, you can clearly see the relationship of the new Central Library, on the bottom left, with the rising skyscrapers on the right. The curved arches of the 2nd Street Bridge are dead center. The tall building on the left is The Independent, which I’ve mentioned before. This high-end Condo will be the tallest Austin building, for now.

I had a fun and productive photography night with Chuck. Just shooting in this area yielded many keepers, which I’ll feature over the next series of posts.

7 thoughts on “The New West Side”