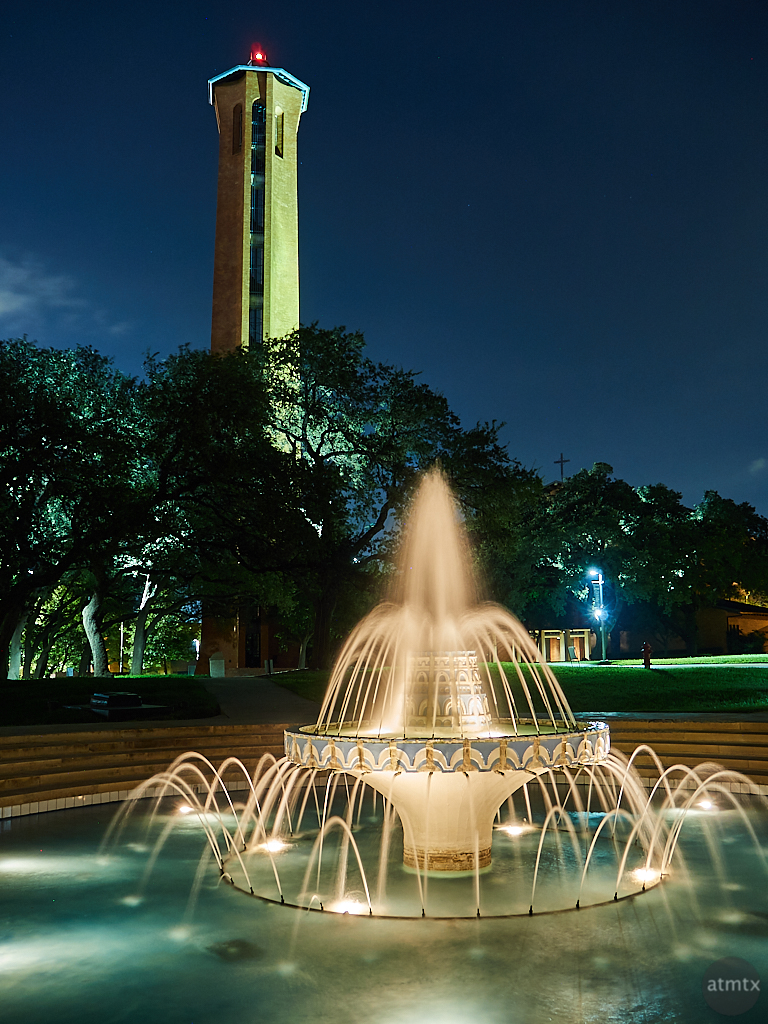 As I discovered during my college tour with my son, a couple of years ago, every school has their iconic views and traditions. Trinity University is no exception. Here, I captured by the iconic Murchison Tower and the fountain which is part of their birthday tradition.

The tower is the symbol of Trinity and is used in their logo. As tradition dictates, freshman, at the beginning of their college career, get to climb the tower. As a bookend on their experience at Trinity, they also get to climb it in their senior year, before they graduate.

The tower is 166 feet tall, designed by architect O’Neil Ford, who also designed the Tower of the Americas in downtown San Antonio. At one point, the Murchison Tower was the highest point in San Antonio. Recently, the Trinity campus was designated as a National Historic District for their large collection of mid-century modern buildings.

Tradition also dictates that students are dropped (thrown?) into Miller Fountain on their birthday. I double-checked with my son and he says it’s true but somehow he was missed during his freshman year. I chastised him for missing out on an important school tradition.

As with yesterday photo, I was intending to create a three image HDR, but post processed only a single photo to get a more than a satisfactory result. I did use a tripod for this 5 second exposure, shot on an Olympus OM-D E-M5 Mark II with the 14-150mm zoom, set to a 34mm equivalent.

4 thoughts on “Icon and Traditions”