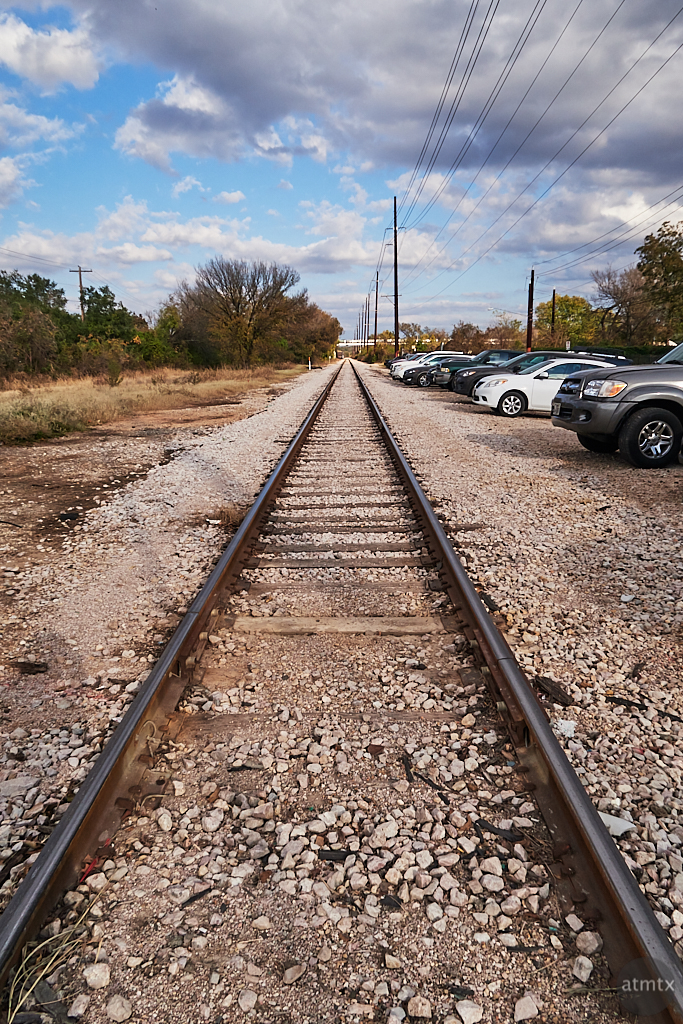 It may be hard to believe, with all the glittering downtown high-rises I showcase, that this is also Austin. This is from the east side, metaphorically from the “wrong side of the tracks”. I shot this during this past weekend’s East Austin Studio Tour.

For those who are not familiar with Austin, Interstate 35 is the big dividing line between East and West. The east side is historically where the disadvantaged have lived, getting significantly less investment and development. While I visit the east side a fair amount, usually it’s closer to the Central Business District. This area near Springdale Road is a first for me.

Over the last fifteen or so years, as the price of housing has gone up, more have moved east. And, like many other cities, where there is inexpensive housing, the artists and creatives setup shop. And once established, others begin to flock to the area, gentrifying and sometimes completely changing the neighborhood. The classic example is SOHO in New York City. Once a haven for artists, now it’s a super expensive area.

I’m both excited and fear that this is happening to East Austin. Excited because there’s a lot of re-development and investment which brings more people and makes the city better. I also fear that it’s displacing the long-time residents, getting priced out of their own neighborhood. Unfortunately, that’s the good and bad of gentrification.

4 thoughts on “Wrong Side of the Tracks”